Oravita-Anina was the fifth railway to be built in Romania, but the first mountain railway, and, by all accounts, the most beautiful in its class. Although its construction begun before 1860, the railway was open to traffic in the Fall of 1863, it’s official birthday. This year, September 21, the Oravita-Anina railway celebrated 150 of uninterrupted activity. 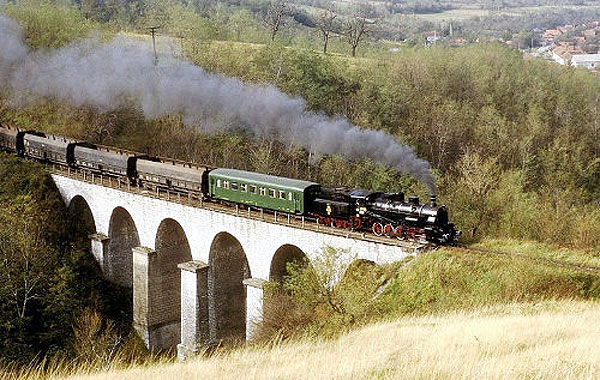 The route, called by the locals “Semmeringul Banatean” due to its resemblance with the “Semmering” railway in Austria, stretches over 34 km, and boasts breathtaking landscapes, 10 viaducts and 14 tunnels. The longest tunnel, at Gârlişte, measures 660 m, and is also the highest point reached by the route, at 337.7 m. 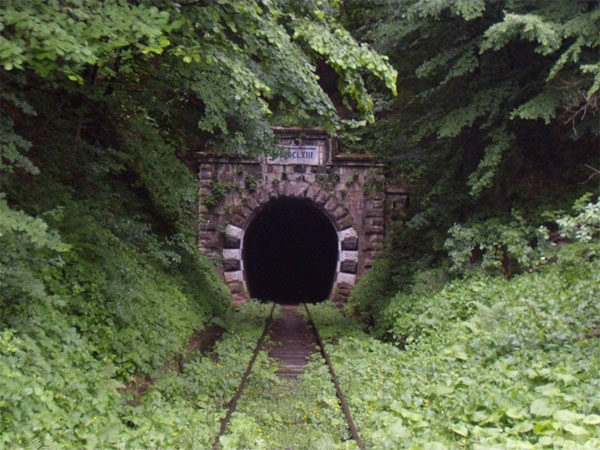 Besides being one of the most impressive heritage objectives in the Anina Mountains, the railway is also an important opportunity for economic recovery in one of the most representative areas of Caras – Severin. The route is a tourist’s dream, unfortunately not known by foreign visitors, and not enough promoted among Romanians either.

The scenic journey takes almost 2 hours, slow for such a short stretch, nevertheless well worth it for its romantic landscapes, and historic value. The trains lack the comfort you normally find abroad, on routes like Durango and Silverton Narrow Gauge Railroad, Amtrak Cascades, Cass Scenic Railroad and so on. Although Romanians don’t seem to have figured out the golden potential in such a train tour, there’s still hope that someone will. In the meanwhile, lack of passengers could eventually cause the route to close down.

This September, when the railway celebrated 150 years with cultural activities, the events were attended by thousands of locals and even some foreign visitors – proof that the public is interested, and cares deeply about this local treasure.

Unfortunately, soon after the event, CFR, which owns the railway, attempted to sell the heritage in a public auction, on September 25. The faith of the landmark, which also includes the oldest railway station in Romania – Station Oravita – is still undecided.

The locals urge the Romanian Ministry of Transport to introduce a train on this route, exclusively for tourists. Such a train, “Nostalgia” is currently stored by CFR Timisoara. The train and its locomotive are in perfect condition and could be used for leisure purposes. Its inclusion may attract thousands of visitors, just like the Mocaniţa in Vişeu de Sus.

The railway is not the only historic attraction in this area. Other important tourist landmarks include the Vulturul Negru Pharmacy, first pharmacy in a mountainous area in Romania; the Bazias Port, where the Danube enters Romania; the Mihai Eminescu Theatre in Oravita, the oldest theater in the country; the Monastery of St. Anne in Orsova; the water mills in Rudaria; and many, many more. Tourists could enjoy a scenic train tour, and then visit other heritage attractions too. Thus, reviving Oravita-Anina and other historic routes in the area, may have important benefits for local tourism and economy.

In the meanwhile, CFR Calatori continues to cancel trains on this route, instead of figuring out ways to make it profitable by attracting tourists.