We have spoken many times of the special character of the Island of Crete. The love of travelers (Philoxenia) that Greeks, and especially the people of Crete exhibit, it is legendary.

So new that a new program for rehabilitating Russian cosmonauts is underway on Crete, it comes as no surprise. Yuri Malenchenko (54) is at the new Cretan resort Anemos Luxury Grand Resort recouping from 6 months aboard the international space station, according to the news from Chania province.

According to the news, Malenchenko and his family arrived at Anemos just days after he and his 2 companions aboard the International Space Station landed in their Soyuz capsule near the Kazakh city of Zhezkazgan. Readers may recall Malenchenko for his having been the first “space man” married among the stars some years back. This latest news from Crete tells of the Russian adventurer breaking new ground in the mission objectives of astronauts as well. After having completed NASA human research studies in ocular health, cognition,salivary markers and microbiome. Following their help in developing vaccines, and helping to cure other diseases such as  glaucoma, Soyuz commander Yuri Malenchenko is performing Earth bound experiments in astronaut adaptation. 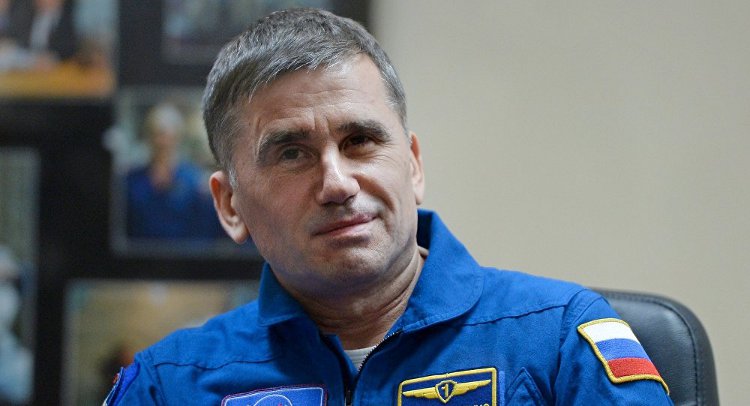 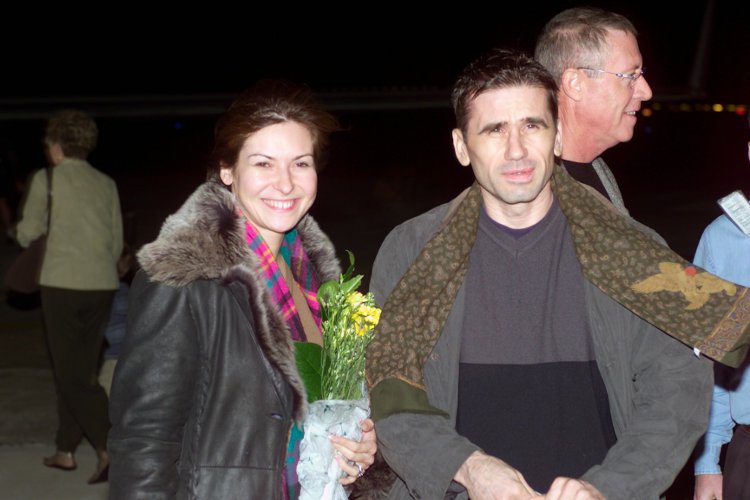 Russian space agency (Roscosmos) doctors, along with Eyewide hospitality agency, and the Greek owned Agora Agency in Russia have launched a new recuperation program at Anemos Resort on Crete. The new program is in its second year of development, an effort to more perfectly address the physical and psychological re-adaptation problem cosmonauts face after long space journeys. Malenchenko is accompanied by his wife Ekaterina (image above), and their daughter Camilla to take advantage of the special healing powers on the paradise isle. The weary cosmonaut was quoted via press release talking about his impressions so far:

“I have no words to describe the first experiences for me and my family. It’s a magical place, you can hardly imagine such a great combination of mountain and so much sand. It is an exotic landscape with very friendly people so close to you that help you calm your body after all the exhaustion in Space.” 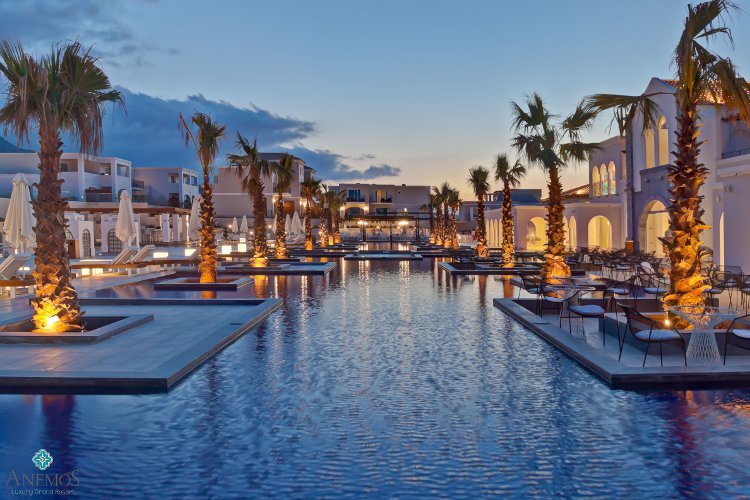 One of the fabulous pools at Anemos Luxury Grand Resort (Anemos)

This is Malenchenko’s second visit the Crete, and last year Russian cosmonaut Anton Shkaplerov took part in a similar program of physical rehabilitation. The latest rendition of the program is slightly different, according to Malenchenko’s doctors. The “mission” is of recouping is focused not simply on the physical aspects, but on enhancing the family element, along with Crete’s natural environment, “Crete massage”, and the world renowned Cretan diet. Additionally, the so-called “Philoxenia” of the culture here, adds a new element not to be found on Bali or at the Riviera, or anyplace where ultra-touristic element play a role. Simply put, the Crete people tend to “adopt” travelers, rather than treating them like tourists. 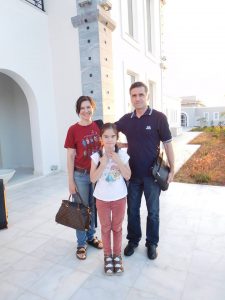 Yuri and his family on Crete

This component has already proven useful, according to Eyewide founder Minas Liapakis, a native of Crete and noted hospitality expert. I spoke with Liapakis yesterday over the phone to ask about what special “treatments” the Russian cosmonauts are undergoing. Liapakis pointed out how Malenchenko was naturally standoffish on arrival, owing to 6 months under circumstance none but astronauts experience. The Eyewide director took note of how quickly the Russian cosmonaut opened up to his adoptive Cretan hosts. This is something I am familiar with, I must admit, for we were on Crete two years ago. There is really no describing the attitude of people on this island.

According to Liapakis, Malenchenko and his family are enjoying a relaxing program, and an itinerary that involves immersive cultural activities etc. I was told the cosmonaut and his family visited the famous 3,000 year old  Vouves olive tree yesterday, along with a journey to maybe the world’s most beautiful beach at Elafonisi (below). From traditional Cretan cuisine in the villages in the mountains, to the spa treatments at Anemos Luxury Grand Resort, and absorbing the loving tradition islanders are world famous for, Russia’s space program now develops another mission critical facet of their program. 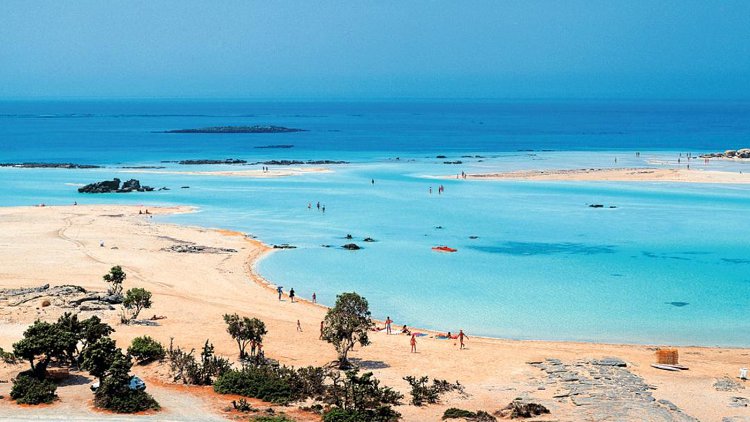 Some say Elafonisi is the world’s best beach

The Keftiu: Were They Absorbed and Erased from History?
Live Like Great Odysseus: Book a Week at Santa Thekla Peninsula
Archaeologists Make More Stunning Discoveries on Crete
Four Amazing Eastern Mediterranean Wedding Experiences
Previous: SnapShot Analytics Platform Goes Public In Time For HITEC 2016
Next: Sherpas: The People of the Mountains