The Marmaray tunnel was inaugurated on October 29, 2013, the 90th anniversary of the Republic of Turkey in the presence of Turkish President Abdullah Gül and Prime Minister Recep Tayyip Erdoğan, as well as Japanese Prime Minister Shinzō Abe, Romanian Prime Minister Victor Ponta, Somali President Hassan Sheikh Mohamud and other officials.

The railway tunnel underneath the Bosphorus Strait is 8.5 miles (13.6 km) long with a 0.8 miles (1.4 km) underwater section. Works at the Marmaray tunnel started in 2004, but there were some delays, because of archaeological excavations. The tunnel is designed to withstand earthquakes. However, as AFP quoted by BBC News mentions, the tunnel is still not fully operational. 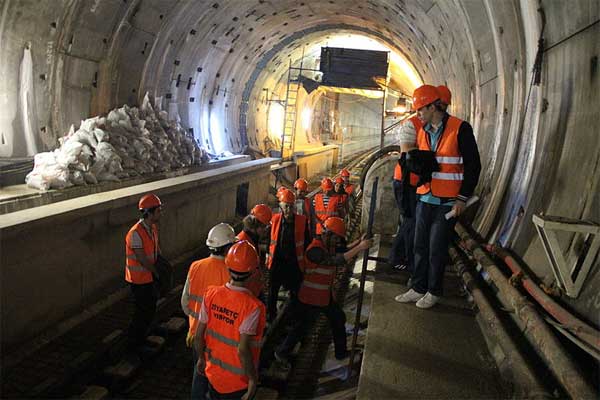 “The part that is in service is very limited. All that has been delayed until much later,” said Tayfun Kahraman, president of the Istanbul Chamber of Urban Planners.

“We are wondering why this inauguration is happening so soon.”

According to official statements, the Turkish government hopes the new route under the Bosphorus will become a major trading route.

Istanbul is one of the world’s biggest cities, and almost two millions of its inhabitants cross daily the Bosphorus using only two available bridges. The tunnel aims to reduce traffic congestion, as the rail can carry 75,000 people per hour in either direction. The travel time on the first section, connecting both sides of the Bosporus, is 19 minutes.

Other plans are also taken in consideration, including a second tunnel – for cars, south of Marmaray; a parallel canal; and a third bridge over the Bosphorus.

Turkey Wildfires Are the Worst Ever – Experts Say It’s Only the Beginning
Turkey Opens 2,900-year-old Altintepe Fortress to Tourists
Panagia Sumela Monastery Frescoes Vandalized in Turkey
The Troy of Legend Now Thought to Be Much Older
Previous: Arnold Schwarzenegger Museum to Open in Anina, Romania
Next: Meliá Hotels International – Where “Everything is Possible”