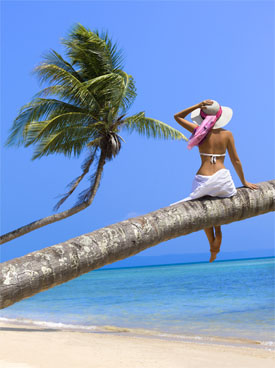 The Maldives government has ordered the closure of all spas and massage parlors in its luxury resorts, almost one week after massive protests from Islamist opposition parties demanding an end to “anti-Islamic” practices, reports AFP.

A spokesperson from the president’s office revealed that the government had announced the move after bowing to pressure from “opposition-led religious protests” which were held in the country’s capital city Male last week.

AFP reports that officials from the Maldives’ tourism ministry issued a notice to all resorts throughout the 1,192 island archipelago, ordering them to close down their spas. However, the official, who refused to be named, said he could not confirm if all spas in the country had yet closed.

A small archipelago in the Indian Ocean, the Maldives are a popular getaway for thousands of tourists from across the globe. The islands are home to numerous high-end, luxury resorts that attract well-heeled celebrities, honeymooners and families each year.

Tourism is a vital industry for the small nation, acting as both a major foreign exchange earner and also a source of employment for thousands of Maldivians. The Indian Ocean country counted over 850,000 tourists in 2011, attracted to its crystal clear lagoons, its pristine beaches, corals and reefs.

Even so, the government appears to have caved in to the demands of hard-line protestors, just days after President Mohamed Nasheed had appealed to Maldivians to adopt a more tolerant form of Islam.

President Nasheed had reportedly urged the country’s 330,000 citizens to adhere to the traditional ”liberal” form of Islam that has long been practiced in the country and reject extremism.

However, the president’s appeal seems to have fallen on deaf ears, as just days later thousands of Islamists took to the streets of Male, demanding that the government put an end to what it termed “anti-Islamic” activities. The protestors, whom AFP claims were apparently led by the opposition Adhallat (Justice) Party amongst others, accused government officials of compromising Islamic principles and demanded that the government adopt Sharia Law.

They urged the government to ban the sale of alcohol throughout the country, close down brothels which were said to be operating under the guise of spas and massage parlors, and destroy a number of monuments donated to the Maldives at last month’s South Asian summit, claiming that these are false idols.

A recent plan to allow direct flights into the country from Israel was also heavily criticized by the protestors. 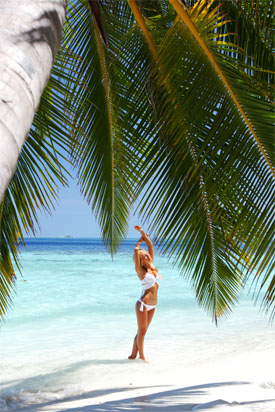 Interestingly, AFP report that the individuals likely to be hardest hit by the ban on spas could be some of the protestors themselves, prompting some to speculate an ulterior motive to the government’s move. A number of opposition politicians have large stakes in the country’s tourist industry, including Gasim Ibrahim of the Jumhoory Party, who is reported to own five luxury resorts.

According to one key opposition party, the Progressive Party of Maldives (PPM.L), led by ex-President Maumoon Abdul Gayoom, the spa closure is actually designed to hurt leisure business owned by members of the opposition.

A party spokesman told Reuters that they had never asked for a ban on the country’s spas. Instead, he claimed that the protestors had only asked that certain massage parlors were banned, as well as the sale of liquor, in order to prevent prostitution and the use of drugs and alcohol amongst the local population.

“President Nasheed is misusing our demands to take revenge on the opposition by imposing bans on our resorts,” the spokesperson claimed.

“We wanted the liquor and massage clinics banned in inhabited islands to prevent prostitution and spread of drugs and alcohol to locals. Nasheed is misusing the demands to take revenge by imposing the ban on resorts owned by the opposition members.”

Predictably, tourism chiefs in the country have criticized the government’s move, according to a later report. Maldives Association of Tourism Industry (MATI) chief Sim Ibrahim told AFP that the ban was not at all helpful for the country’s tourism industry and bad for the nation’s image.

The report revealed that MATI had already filed a court action, claiming that the ban on spas is a violation of lease agreements between resort owners and the government, as well as investor’s constitutional rights.

According to Ibrahim, more than 100 resorts had already complied with the directive, yet they hoped that they would soon be able to overturn the ban.

Campspot Publishes the Top Outdoor Travel Trends for 2023
Ideas to Make the Most of Your Visit to Phuket
Trends Say Americans Guarded Over Travel 2022
27 Inspirational Travel Quotes to Fire Up Your 2022 Travel Bug
Previous: Will Expedia’s “Verified” Reviews Fly?
Next: Four Must See Beach Resorts in Thailand