Ever asked yourself how Portugal is – as a travel destination? 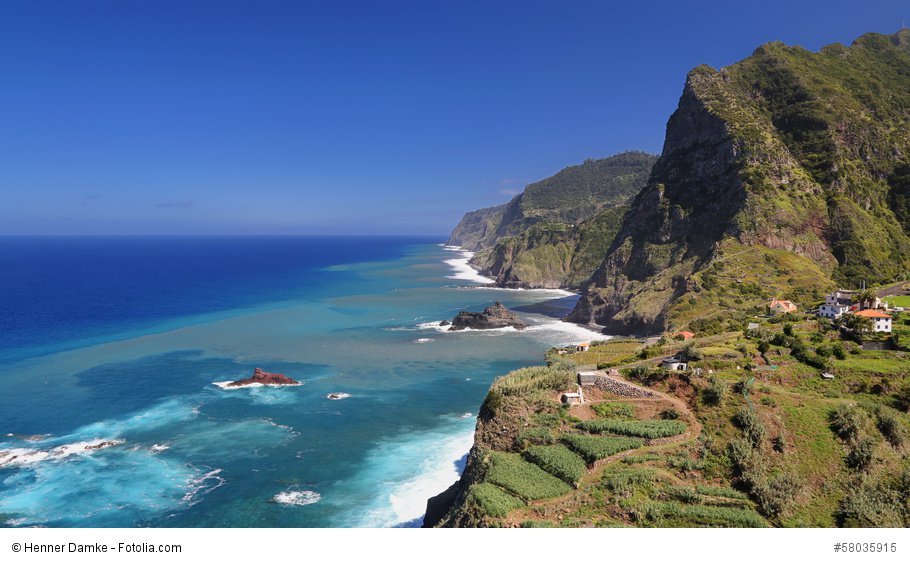 Despite its relatively small size, this Atlantic country hides vastly more – even if we count out the archipelagos of Madeira and the Azores, continental Portugal still remains with a profusion of beautiful places worth visiting.

Partly based on a compelling travel guide by Escape Hunter, it’s easy to put together a list of 10 places of interest in Portugal. From a number of small towns to the populous large capital of Lisbon, Portugal has plenty to offer, so take your time, don’t rush it. Ancient historic attractions, scenic cityscapes, rivers with intense boat traffic, Europe’s largest sandy beach, unique food combinations and Port wine – they’re all there!

Let’s see a list of cities and towns worth visiting… 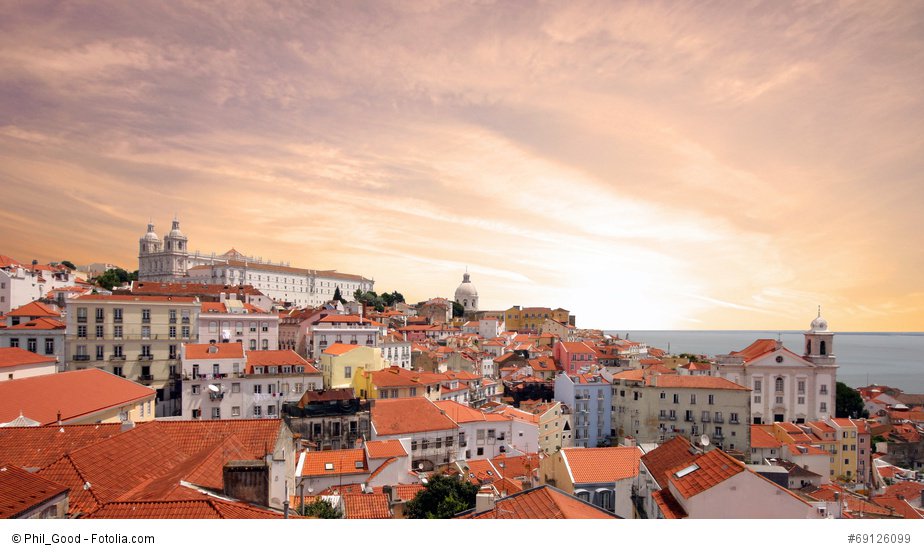 Interestingly, it used to be a Moorish city before having become Portugal’s Christian capital. Lisbon’s old core used to be in the Alfama neighborhood – where it all grew out from.

Today, Alfama is a scenic historic district and along with other older neighborhoods like Bairro Alto, Chiado, Baixa, it constituted a breathtaking attraction that you shouldn’t miss when in Lisbon. These are all colourful neighborhoods with old buildings and lots of good places to eat.

The capital of Portugal is also home to the ancient São Jorge Castle, many museums with old artifacts, the Jardim da Torre de Belém and… don’t you dare miss out on Lisbon’s beautiful street art. The city has some of the richest collections of graffitis.

Regardless of what you intend to visit, it is recommended to stay at least 3 full days in Portugal’s beautiful capital.

A small town northeast of Lisbon is home to one of Europe’s oldest- and one of the continent’s most enthralling attractions – the Convent of the Christ, whose history dates back to a 12th century Knights Templar stronghold. The Convent of the Christ stands out in the entire Portugal with its playful delicate architectural ornaments.

It combines Romanesque, Gothic, Manueline and Renaissance styles. A visit there will lift up your spirit and leave you with a beautiful memory for the rest of your lifetime. 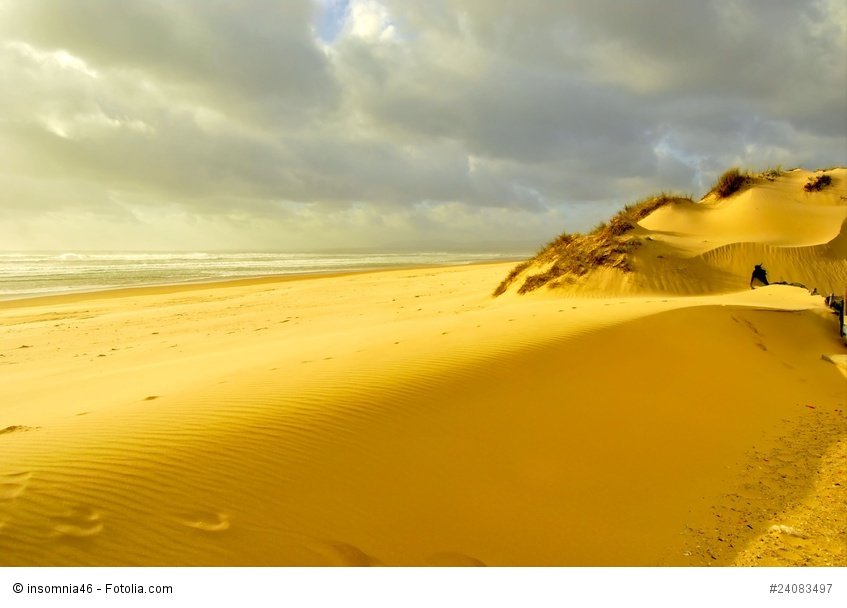 Europe’s biggest sandy beach is less than an hour drive away south of Lisbon. It is approximately 25 km long and bordered inland by a long and tall sea cliff formation. Fossils are found in abundance there…

Don’t expect a bustling high-end beach paradise, but the landscape is unique and it tends to be quieter than Spain’s noisy beach destinations like Palma de Mallorca, Benidorm or Alicante. But, Caparica is a wonderful retreat area and it’s relatively cheap too.

Portugal’s second largest city has a breathtaking skyline, lots and lots of ancient attractions – famous for its blue azulejo tile-covered murals, plenty of old churches and the area, as well as the city or Porto itself, is World-renowned for the locally-produced Port Wine.

Cruise ship trips are organized on River Douro – many will take you on scenic trips through the famous wine-producing Douro Valley.

The city of Porto is so awe-inspiring, you will want to take long walks, just admiring its vast old neighborhoods and its beautiful panorama.

This province in southern Portugal is the leading beach travel destination in the entire country. Notorious even on a continental scale!

Scenic beautiful beaches, friendly small towns and cities – like Lagos, Albufeira and Faro, which will make you want to stay there forever!

Light houses, green wine, scenic ocean shore cliffs and traditional architecture are awaiting you at Algarve. The best way to get in is via Faro Airport. 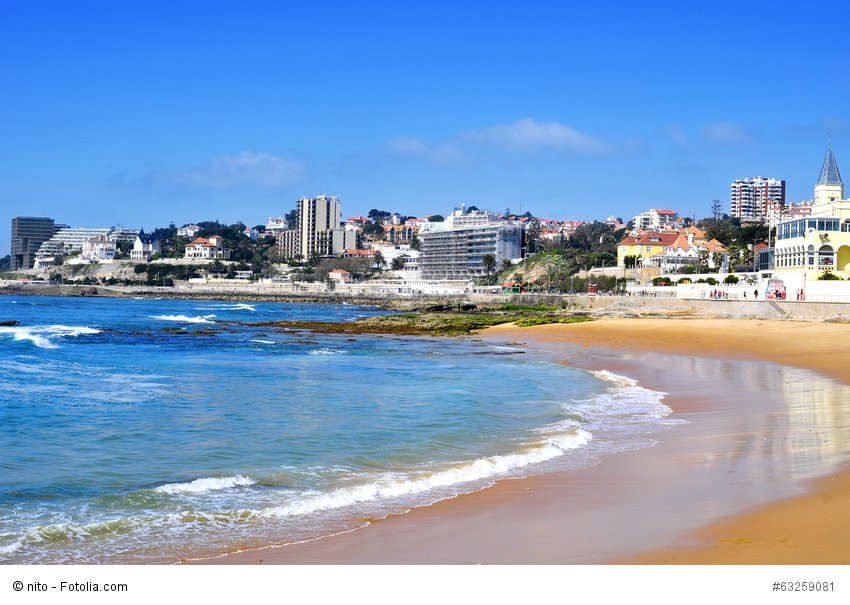 The town of Estoril is the nest of the rich. Found in the proximity of Lisbon, Estoril is the place where many high income Portuguese own luxury villas. It’s also home to Europe’s largest casino.

The beach area is rather small, but so beautiful that it is frequently depicted on Portuguese postcards and TV ads. Don’t miss out on Estoril when in Lisbon.

The town of Sintra is found in a green inland area, just west of Lisbon. It takes more than half an hour to get there by train, but once there – you will want to stay there forever!

The beautiful Pena Palace, constructed on a green vegetation-covered mountain top, just outside of the town, will charm you with both its exterior and interior design.

In addition, you can get lost visiting the town of Sintra, which at first glimpse may seem small, but hides plenty of unique, scattered attractions.

Palaces here and there, among which the National Palace stands out with its unusual architectural shape and, an ancient fortress – the Moorish Castle is also found in Sintra.

Similarly to Estoril, Cascais is an exotic paradise where the rich roam. Beautiful palaces and luxury villas, quiet friendly streets in the old centre and a large fortification called – Fortaleza da Nossa Senhora da Luz are what you should focus on, when in Cascais.

As opposed to Estoril, Cascais has several beach areas – there’s more sandy beach than in Estoril. But here too, it tends to get crowded. 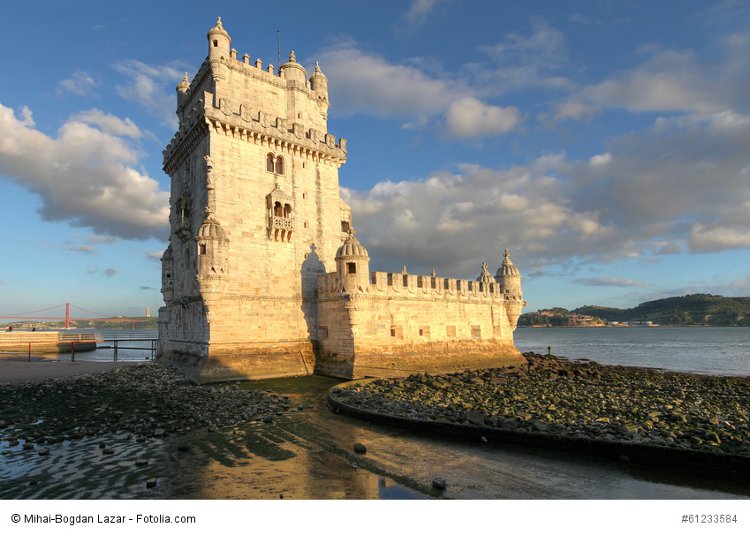 Belém
Some of Portugal’s most important attractions are found in Bel&eacute;m – a town just outside of Lisbon, which is in fact, totally stuck to Lisbon from the point of view of infrastructure.

The Pastel de nata delicious sweet pastry products originate from here and there are 5 major attractions not to miss: the Jerónimos Monastery, Belém Tower (above), the Monument to the Discoveries, the National Coach Museum, the Museu do Combatente (a military museum established inside an old fortress).

It’s a very short tram or train trip away from Lisbon, but at least an entire day is necessary to thoroughly visit the ones above. 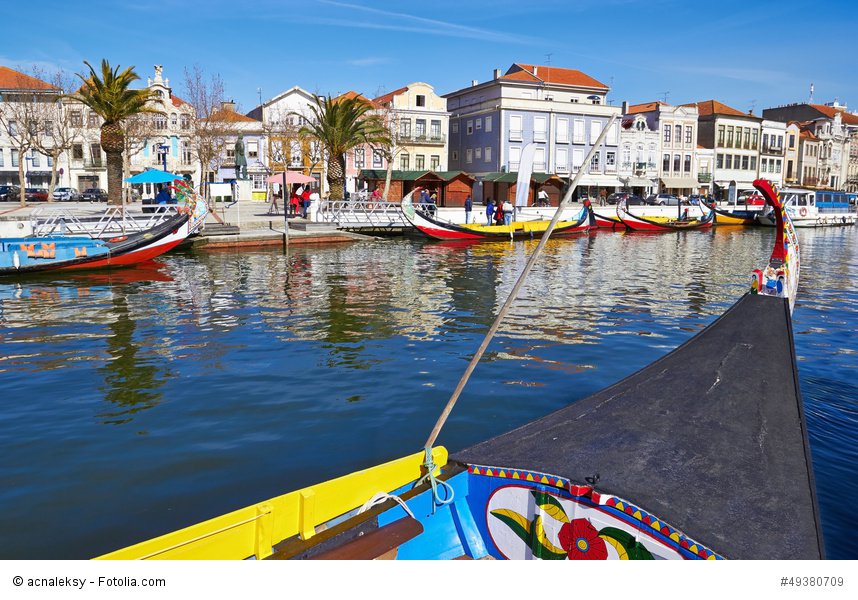 To some, it’s “Portugal’s Venice”. Aveiro has around 80,000 inhabitants and it has a network of water channels on which motor-powered boats called “moliceiros” ride the shallow waves, taking the curious visitors on scenic tours…

But besides the water channels, you shouldn’t omit visiting the historic centre thoroughly. Art nouveau buildings are found here and there and there’s also a number of quiet squares with cafes and restaurants around – ideal for taking a rest.

More Rumors, Legends, and Myths of Crete
Riddle of the Throne of Knossos: A Codec for Good and Evil
Hays Travel Snaps Up All Thomas Cook Shops in Time for Christmas
Greece’s Tourism Geniuses: Still Swimming Upstream
Previous: Ostrava hosts the St. Wenceslas Music Festival
Next: Unique and Colorful Singapore