Rescuers have recommended that local Kamchatka residents and tourists refrain from traveling to the area nearest the Klyuchevskaya erupting volcano. As reported Tuesday via EMERCOM, the huge volcano began spewing lava,. and there is a potential danger of pyro-clastic flows to the settlements and surrounds of the South Eastern slope there in  Kamchatsky Krai. 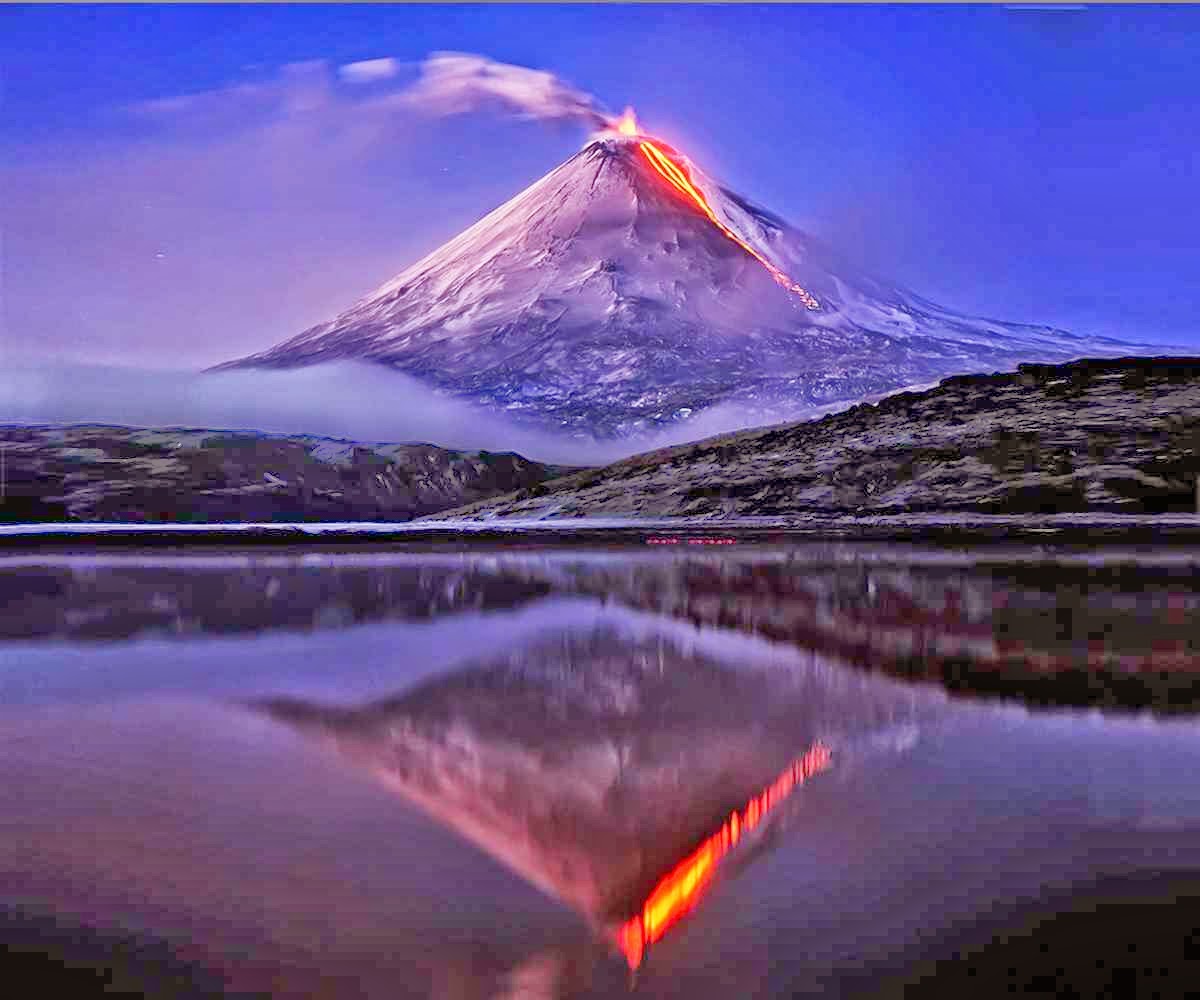 On Monday night lava flows from the South-Eastern slope of the Klyuchevskoy volcano in Kamchatka extended up to 500 meters down the mountain, with molten material and ash being ejected to a height of 200 meters above the peak. Since the eruption of April 3rd, the volcano has repeatedly ejected ash plumes up to 6 km above sea level.

Klyuchevskaya Sopka (Klyuchevskoy volcano) is a fabulous strato-volcano on the East of Kamchatka, reaching to a height of 4,850 meters. Located some 360 km from Petropavlovsk-Kamchatsky, the volcano is one of the biggest in all Eurasia. The volcano is also one of the most active in the world, and is part of the natural Volcanoes of Kamchatka UNESCO World Heritage Site.

The Klyuchevskaya volcano’s  first recorded eruption occurred in 1697, and since then it has been almost continuously active. First climbed in 1788 by Daniel_Gauss and two other mountaineers, the volcano has not been ascended since a 1931 eruption killed several climbers.