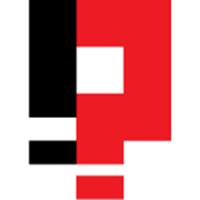 The International Biennale for Young Art in Moscow has confirmed the names of 87 artists and artistic duos from 36 nations that will participate in this year’s exhibition.

Nadim Samman, curator of International Biennale for Young Art, said the selection process was incredibly tough this year due to the overwhelming response from artists all over the world. Installed in a unique setting this year, inside the Trekhgornaya Manufaktura, one of Moscow’s oldest textile mills, the exhibition will show 87 works by 93 artists.

“More than 2,000 applications were submitted, and the quality of the proposals made choosing the final selection a difficult but eye-opening process,” Samman said.

The theme for this year’s biennial is “Deep Inside”, and the submitted works deal with issues ranging from ecological collapse and the inescapable topography of the network to  the dissolution of distinctions between nature and technology and the interplay between transparency and opacity in the information age, the organizers said. 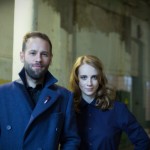 In addition, the organizing committee of the biennale also announced the names of the three curators chosen to oversee the festival’s two strategic projects.  Italians Silvia Franceschini and Valeria Mancinelli will curate “Time of Reasonable Doubts” at the National Center for Contemporary Art, while João Laia from Portugal was chosen to present the “H Y P E R C O N N E C T E D” exhibition at the Moscow Museum of Modern Art.

The committee also revealed a number of major organizational changes for this year’s event, including the creation of the new role of ‘commissioner’ and the elimination of the ‘executive director’ role. Additionally, the committee said the biennale’s curator must be 35-years old or younger.

This year’s International Biennale for Young Art will be held at the Trekhgornaya Factory from July 1 to August 10.