The Corinthia Hotel St. Petersburg has been honored as the “Best MICE Hotel” in the Russian Federation at the annual Russian Hospitality Awards 2015, held on February 18, 2016 at the Lotte Hotel Moscow. 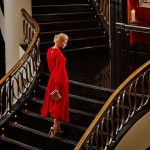 The hotel, which was previously named as the best MICE hotel in St.Petersburg at the Russian Business Travel & MICE Awards in October 2015, earned national acclaim on the basis of its leading guest services and “outstanding” conference facilities. The luxurious property boasts one of the largest conference spaces in the entire city, with no less than 17 rooms available. The centerpiece of these spaces is the famed art deco-inspired Nevsky Ballroom, which can cater for up to 500 guests.

Speaking to reporters after the event, Corinthia Hotel St. Petersburg’s general manager Jonathan Pace said he was delighted to receive the award, which recognizes the professionalism of the hotel’s staff.

“This is the second award in less than six months that recognizes our superior MICE products and services, which makes us tremendously proud,” said Pace. “We are determined to maintain our exceptional levels of service to our guests.”

The “Best MICE Hotel” award is one of the most prestigious of the 20 categories in the annual Russian Hospitality Awards program, with more than 23 properties nominated for the prize.

Situated in the heart of the city’s main thoroughfare the Nevsky Prospect, the Corinthia Hotel St. Petersburg occupies two renovated nineteenth-century buildings, and boasts an opulent interior that epitomizes modern luxury. With 388 elegant rooms, including 95 executive suites, Corinthia Hotel St. Petersburg guarantees a superior service and refined hospitality throughout the duration of your stay.

Mandarin Oriental To Manage New Hotel in Greece
InterContinental Resort Crete to Open in 2023
A Look At the Sheraton Rhodes Resort: Through a Thousand Eyes
Greece’s Hoteliers Say Tourism Numbers May Reach Half of 2019 Levels
Previous: International Biennale for Young Art in Moscow Artists Announced
Next: Russia’s Sokolov hopeful on rejoining Egyptian Tourism