Norway is a beautiful location to go climbing, and there’s a huge variety of locations on offer. One of the best is Rjukan Valley. It’s part of Southern Norway, in the Telemark region, and it consists of a small town, an old power plant dating back to WWII, and a ravine between the two. For the history buffs among you, the power plant should be draw enough – it was used by the Nazis to create deuterium oxide, an ingredient necessary for atomic weapons. Of course, for most people, this is a bonus, rather than a reason to visit.

The real intrigue lies in the valley itself. It’s deep enough to maintain consistently cold temperatures, and the lack of sunlight in winter means it stays frozen for an incredibly long time (usually at least December to March). This leads to a landscape of sparkling, stationary waterfalls, simply waiting for you to climb up them. 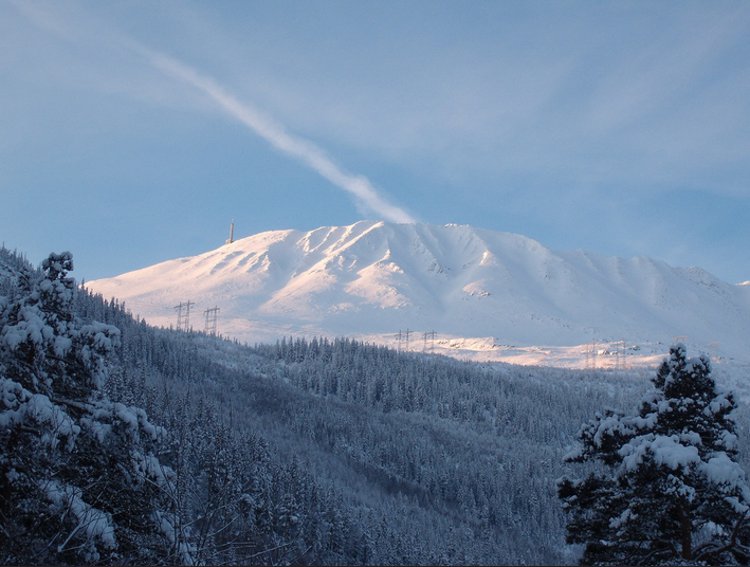 If ice-climbing sounds a bit tough for someone inexperienced – don’t worry! The sheer scale of the valley and the amount of waterfalls it contains means it’s suitable for all experience levels. There are some routes which consist of a lot of rocky sections, meaning you don’t have to be anxious about the ice sections, whilst there are others for those who want to experience the thrill of climbing up a frozen surface.

Many of the other climbing locations in Norway require you to hike to them first, whereas Rjukan is easily accessible. This means you can spend most of your time there climbing, rather than getting to a good ‘starting spot’. There’s a road that stretches along the top of the ravine, meaning most of the climbs are around a fifteen minute walk at most. Some of the climbs even have car parks at the top! This accessibility makes it an excellent place to train and improve your climbing ability, as you can try out a variety of climbs within a day – or a week if that’s what you’re going for – that you otherwise wouldn’t be able to do. There’s around 200 or so routes you can follow, meaning you’ll be spoilt for choice!

One of the best things about Rjukan Valley is its annual Ice Festival. This festival, focused on climbing, is aimed at people both new and old, and includes night climbing, workshops, talks and, of course, lots of socialising. Of course, not everything in Rjukan Valley involves climbing. If you fancy a break from one winter-based activity to another, you could head over to the Krossobanen – the oldest still-running cable car in Europe. It can whisk you away to Hardangervidda National Park and the many cross-country trials on offer there. If you’d rather be based at a ski resort, it’s also close to the Gaustablikk ski resort. 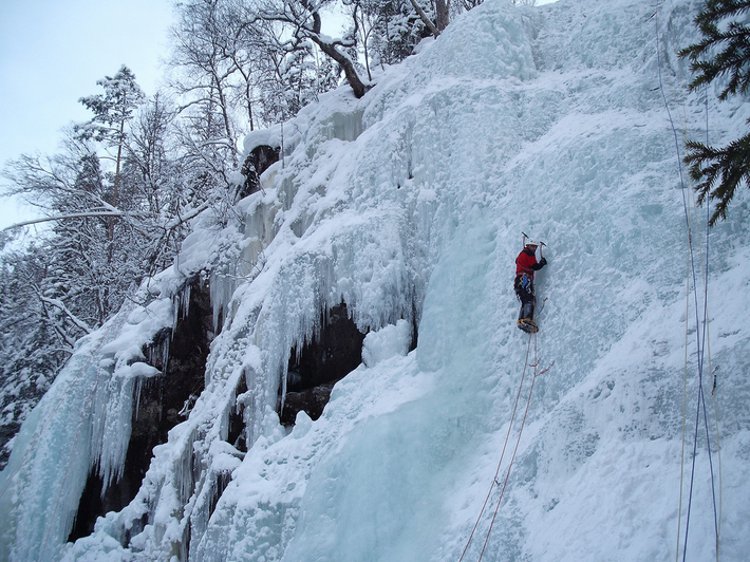 Maybe you’d rather relax in between your climbs? Luckily for you, there are some hotels in the area that are absolutely gorgeous. We recommend Tuddal Høyfjellshotell, potentially the best-preserved woodon hotel in Norway. It’s filled with antiques, dragonheads and apparently a few ghosts! If you think you could cope with the threat of apparations, you can enjoy their homemade cooking and knowledge of the area. There are also cabins, campsites and lodges, so you can find accommodation that suits you.

If you’re worried about the darkness in the winter months, you’ll be pleased to know that recently (in 2013!) they found a solution. After lots of engineering work, three huge mirrors (each 17 square metres) were placed on a mountainside, reflecting the winter sun down into the town. Though the practical application of this happening recently, the plan has been in place for at least one hundred years. Sam Eyde, who originally built Rjukan in order to house workers at a local hydroelectric plant, drew up the idea when it was founded. It’s just taken a while to get together the money and expertise, it seems. They’re controlled by a computer, and are able to follow the sun across the sky rather than remaining stationary. 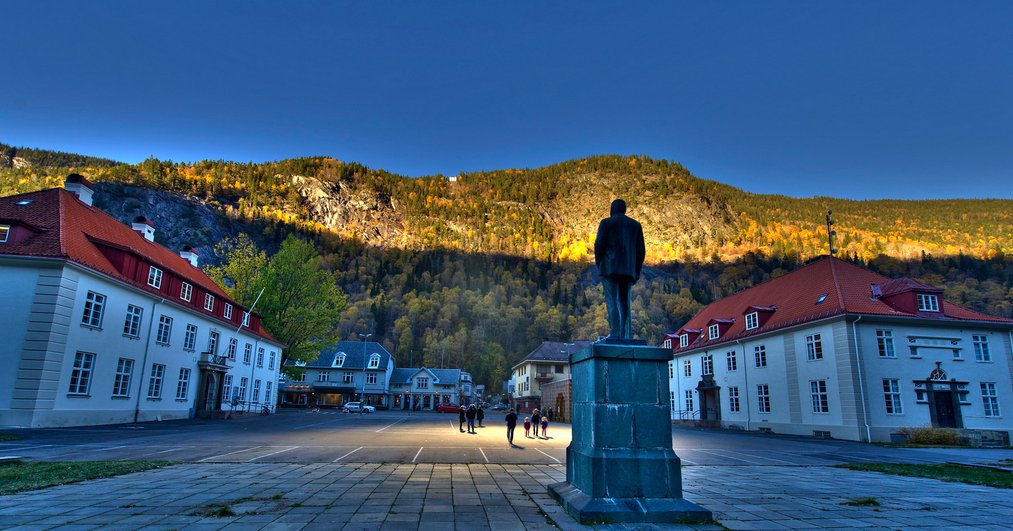 We definitely suggest making Rjukan Valley part of your travel plans – it’s close to the capital, Oslo, so you could make a start there, head over to do some winter climbing before carrying on for the holidays in Norway. It’s an experience you don’t want to miss – after all, where else on earth has frozen waterfalls and access to the sun via mirrors?

Here’s the Tipping Points for Those Tempted to Fly to Greece Now
Egypt Counting on Russian Tourists to Help Tourism Recover
Trivago Data Shows Brits Ready to Gtf Outta Britain for Vacations
Bulgaria’s Ski Resorts Remain Open for COVID-19 Holidays
Previous: Top 10 Chania “In and Out of Town” Attractions
Next: Catch the “Blogger of the Future” @ World Travel Market 2014