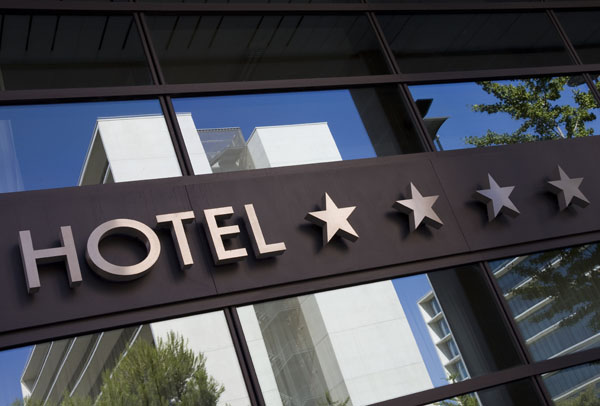 Obviously, what with the vast range of fantastic hotel search tools already around, including Google’s Hotel Finder and the recently updated offering from HipMunk, whatever HotelSweep brings to the table is going to have to be pretty bold and unique if it’s going to make a splash.

Of course, all of these new hotel search tools are great for travelers, who in the last 12 months have found themselves with free access to all manner of new fangled features to narrow down their search for somewhere to get their head down.

Key for travelers as always is getting the best, most streamlined user experience. Travelers want to find their hotels effortlessly, in as fast a time as possible, while being presented with as much information as possible, and of course, it all has to look nice. As such, elements including search rate, search depth, the reliability of information and ease of use are vital concerns. The challenge for newcomers wanting to grab themselves a piece of the hotel search pie is how to tie together all of these features with an interface that provides the ultimate user experience?

HotelSweep obviously seem to think they know the answer. In their attempt to strike the balance between search rate, detail, accessibility and accuracy, they seem to have given a lot of weight to the depth of their search results. HotelSweep, as the name suggests, sweeps through a diverse pool of hotels and produces a ton of results, uncovering both the best value hotels in each category and also the absolute lowest prices, without sacrificing quality.

Currently in the beta-testing phase, the concept behind HotelSweep is already clear – simply to find and recommend more great value hotels than other, similar hotel search tools. The thinking behind the concept is fairly simple – the more results that a user has to choose from, the more chance of them finding a quick deal and getting the room they want.

So far, HotelSweep boasts a database of more than 50,000 hotels, as well as B&Bs and guesthouses, although plans are afoot for even more in the future. The developers have stated that they intend to unearth as many less well known, budget price hotels as they possibly can – the very hotels that other hotel search apps seem to forget.

According to the developers:

“The idea of setting up HotelSweep came about because we felt that many hotel search engines, while possessing extensive listings, were dominated by the same limited group of relatively pricey brands. We believed that there needed to be an efficient way to list smaller, harder to find & better value hotels, guesthouses & B&Bs. That was the thinking behind our information extraction technology”.

Aside from adding more hotels to HotelSweep, the developers have also said that the next step will be to integrate a real-time pricing database into the program.

HotelSweep boasts not one but two websites, for the UK and the USA. So far, all major UK and US towns and cities are featured, with plans to list even more, smaller towns in the future. On the US website, there are more than 50,000 hotels, although the creators hope to double this figure in the near future. 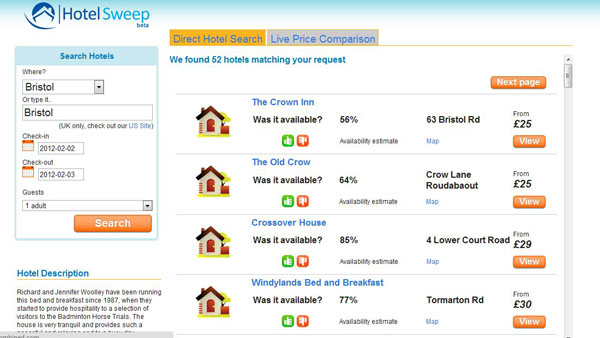 So will HotelSweep have what it takes to topple the likes of Google Hotel Finder? The idea behind it is an interesting one, but much will depend on how soon they can integrate the so-called unique budget hotels into their database. If they can do it quickly, there’s no reason at all why HotelSweep couldn’t become the budget and backpacker traveler’s best friend on their travels.