Too Much Ado About Nothing, Hilton Orlando Ascends to…

We all love Hilton, and all their properties, we seriously do. But the latest news, from Hilton Orlando, made us wonder whether someone at their PR and marketing agency (Edelman) was too bored, or, even worse, had nothing else more meaningful to brag about (like more benefits for customers, special offers, and the like), than making it to the top of rankings that… no one even trusts anymore. Yes, Hilton Orlando brags about making it to the top of TripAdvisor.com reviews for (only) Orlando Hotels in less than two years of operation. An easy task, considering that TripAdvisor is so easy to gamble. 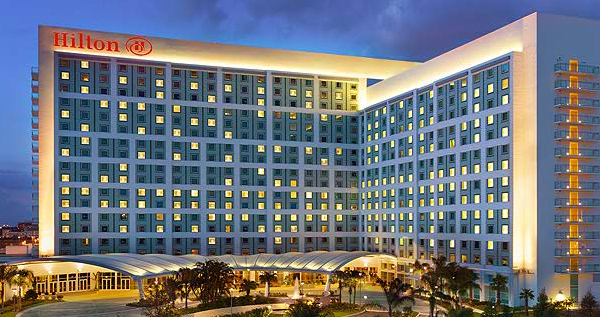 There’s no doubt that many customers do appreciate Hilton Orlando’s excellent customer service, but I find it hard to believe that someone who pays at least $112 USD per night for a stay at this prestigious hotel, would take the time to go to TripAdvisor.com and review their stay. Moreover, the number of users who only added “1 review” to their accounts, only for this hotel, when Orlando has so many other attractions, is, (let’s put it diplomatically), a little mesmerizing. Last, but not least, the location of many of the questionable users giving the Hilton Orlando rave reviews is… Orlando. Why would anyone living in Orlando stay at the Hilton Orlando in the first place?

Sure, users don’t take the time to micro-analyze. If it wasn’t for the press release, no one would, as a matter of fact. Many PR professionals just smile when they read such titles like “Hilton Orlando Climbs to Top of Tripadvisor.com Rankings for Orlando Hotels Within First Two Years of Operation.” But the ones losing in the end are the customers, who will make a decision based on “smoke and mirrors” instead of genuine benefits.

Whatever a hotel does to be considered a premier venue in its area is all fair and square, I guess. But a business with the reputation of Hilton probably does not need to rest its entire online perception on questionable reviews from anybody. This is, of course, a personal opinion. However, as a trained PR professional, a press release about being number one on TripAdvisor, is not something I would even consider distributing. It’s ridiculous. It’s time for the hospitality industry to play the game fairly, competing not with press releases about questionable accomplishments, but with announcements about incentives, special offers, business packages, spa coupons, and so on. Why you don’t want to play that TripAdvisor card? Because you DO NOT want to be associated with this:

Visit msnbc.com for breaking news, world news, and news about the economy