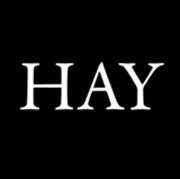 Starting on Friday May 17 and lasting until May 21st the Hay Festival hits Budapest, Hungary featuring international authors, musicians, and other artists. Scheduled events at the Petőfi Museum of Literature, the Central European University (CEU), and Akvárium Klub promise residents and visitors to Budapest rewarding art and entertainment.

Headlining the start of the week’s events, American novelist Nicole Krauss will be on hand to present her latest novel, Great House. To open the second Hay Festival Budapest, Karla Wursterová, Executive Director of the International Visegrad Fund in Bratislava, Slovakia, will discuss with Péter Balázs, Director of the CEU Center of EU Enlargement Studies and former Minister of Foreign Affairs of Hungary and Michal Černý, Director of the Czech Center in Budapest, key issues surrounding Central European states.