The situation in Ukraine has the world on pins and needles as chaos prevails almost nationwide there. Germany’s Foreign Minister Frank-Walter Steinmeier (below) has gone so far as to warn that the crisis may turn into war in eastern Europe. 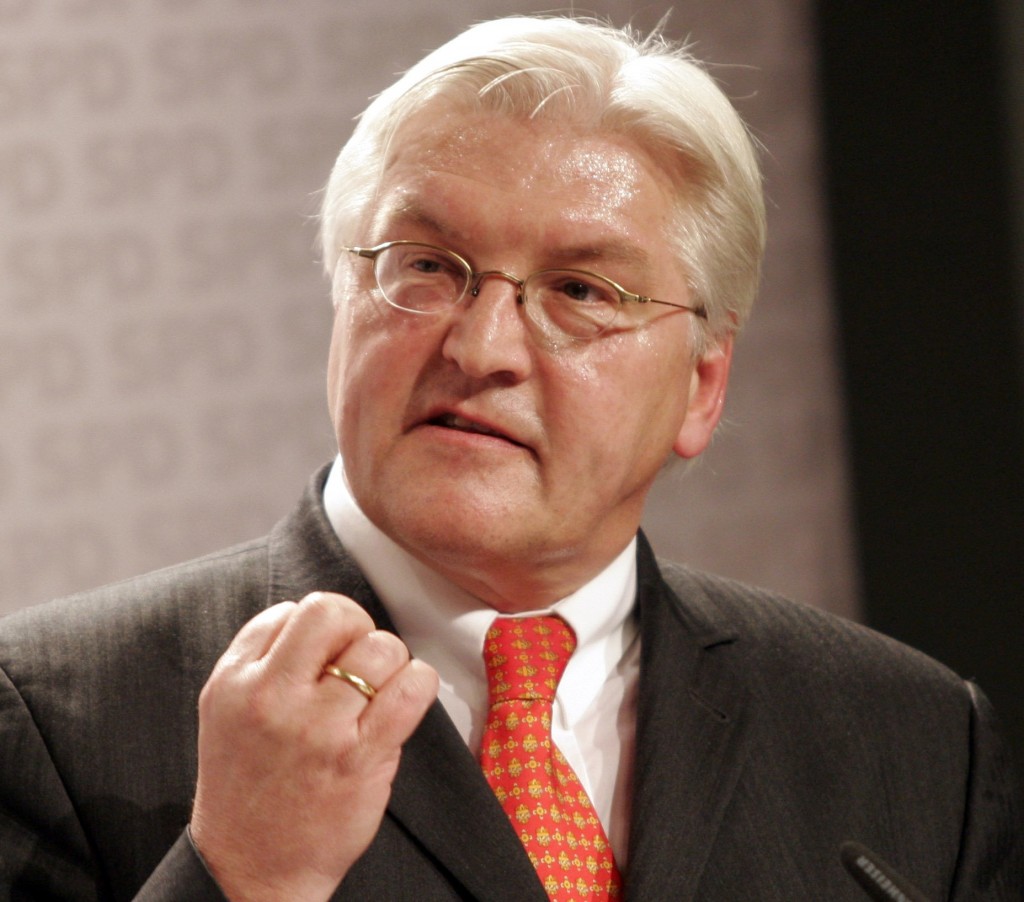 This news report from The Local puts forward the German Minister’s frustration, and hope at some sort of resolution in between Moscow and Kiev. In a letter published by the Frankfurter Allgemeine Zeitung, Steinmeier said; ” There is a threat of a point of no return, a moment when the escalation can no longer be stopped and we will literally stand on the threshold of war in Eastern Europe.”
He also reportedly put forward his plan for deescalating the crisis, one to replace the already failed Geneva agreement both all concerned seem to have broken. With the same focus as US President Obama, on the upcoming presidential elections in Ukraine, some experts would say Steinmeier’s plan is doomed to fail too. Moscow, justifiably, argues no fair election could ever be possible now that Odessa and other cities are so embroiled in conflict and chaos.

Steinmeier also ruled out any military solution, instead refocusing on the “most important parties”, Moscow and Kiev. Germany is not alone in issuing travel warnings. The Unites States State Department has also issued several warnings, as have other countries. As the death toll in Ukraine cities rise, European foreign ministers are meeting in Vienna to discuss the ongoing Ukraine crisis. Russian Foreign Minister Sergei Lavrov had this to say via Deutsche Welle:

“To convene in this format again, when the opposition to Kiev regime is absent from the negotiating table, that would hardly add anything.”

Steinmeier was further quoted as saying:”The bloody pictures from Odessa have shown us that we are just a few steps away from a military confrontation.” As both sides of the conflict bury their dead today, and with Kiev sending special forces to Odessa to hold the lid on there, there’s more fear than hope for Ukraine stability in the coming days. Travelers are well advised to revisit their plans unless absolutely necessary.

Research Claims Americans Plan to Visit Europe Despite Ukraine Conflict
Ukrainians Travel Visa-free to the EU from June
Hike the Snow Mountain: Hoverla in Ukraine Is a Mountaineer’s Dream
Georgia and Ukraine Closer to Visa-free Travel to the EU
Previous: Aegean Airlines Reports Passengers Up 26% for April
Next: Weight of Ukraine Unrest, Sanctions, Threaten EU Economies