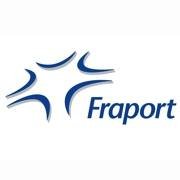 Fraport AG, along with a consortium led  by the Slovenian Sovereign Holding (SDH), have agreed to the acquisition of Ljubljana Airport (Aerodrom Ljubljana) in Slovenia.  Winning the award versus international competitors, the consortium closed the bidding process on July 4, seeing Fraport selected to negotiate for the sale of Aerodrom Lubljana d.d.

According to the agreement, Fraport AG will pay 177.1 million euros for a 75.5 percent stake in Aerodrom Ljubljana d.d. Also, as part of the privatization process, Fraport will acquire 100 percent of the Ljubljana airport company. In 2013, Ljubljana Airport (IATA Code: LJU) welcomed about 1.3 million passengers, up from 1.2 million in 2012.

Dr. Stefan Schulte, Fraport AG’s executive board chairman (CEO), had this to say about the expansion of his company:

“With Ljubljana, we are adding another airport investment with dynamic development potential. The choice for Fraport underscores our position as a leading global airport manager.”

Historically, Ljubljana has been a key trade hub in between the Danube, the Alps and the Adriatic Sea. In 2004 Slovenia joined the European Union (EU) and then the euro zone in 2007. The airport has also served as a hub in the Balkan region.

For more information on this or other Fraport news please contact them via: