Hollywood helped make the French Riviera and other European destination iconic and sexy. Moving images of starlets wading with painted toes in the Côte d’Azur tantalized or tormented us all back in the day, depending on the economic feasibility of getting crossing a sea or two. But of course these places were sensual and sensational long before movie makers stamped them with America’s approval. Whether the mind’s eye lands on Cannes or the Canary Islands if distance matters, the idea of Club Med or bareboating off Turkey is not nearly as distant a possibility today, as it was a couple of decades ago. With the world’s sexiest and oft undiscovered seaside adventures in mind, here’s a silver screen bucket list for you and your mind. 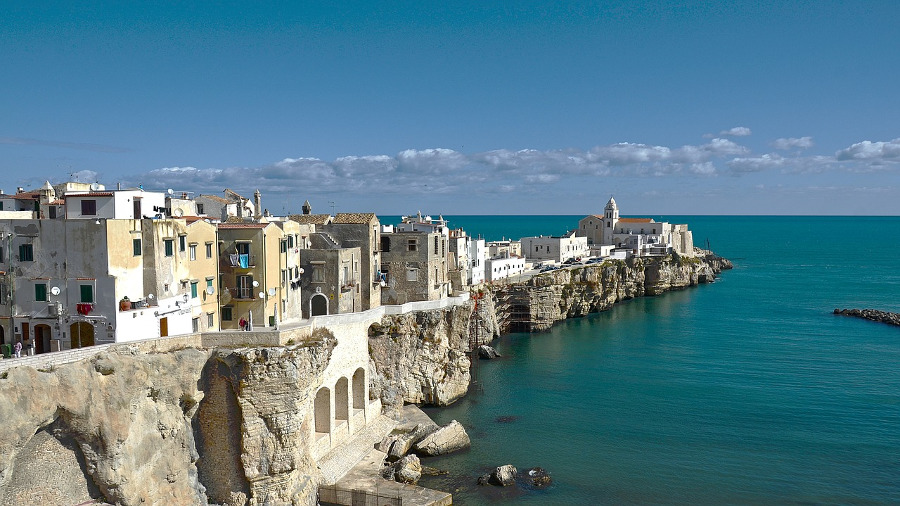 The sea caves of Vieste (feature image) attract thousands of visitors each year, but most westerners have never heard of Vieste, let alone its blue flag beaches or Gargano National Park. Jutting out into the Adriatic, Gargano is famous for the labyrinth of sea caves, ravines, coves and promontories of spectacular dimensions. Located in Puglia, or the Apulia region, the famous Gargano Promontory sticks out into the Adriatic just above the heel of Italy’s “boot”. The area made popular as a budget destination back when, has seen a resurgence lately, and new tourists have been introduced to one of the world’s most beautiful and sexiest destinations. The area around Gargano runs wild with forests, olive trees, and over 300 kinds of wild orchids, sea cliffs overlooking hundreds of secluded sandy beaches, and sea caves like the one pictured above.

Getting there: The closest airport is at Bari, from whence travelers can take a car or use the train to Manfredonia to visit Monte Sant’ Angelo and southern towns or San Severo to visit the northern coast and towns. Buses are also a great option for exploring the region, but the best way to explore the Gargano region is by car. The Gargano Peninsula is off the A14 autostrada which runs along Italy’s eastern coast. State Highway SS 89 runs around the peninsula from San Severo in the north to Manfredonia in the south, making all the towns easily accessible.

The Beach of Rabbits – Lampedusa Island

Proclaimed by many as the most beautiful beach in all the world, the Beach of Rabbits, just off the coast of the remote island of Lampedusa, is truly a wonder. Visitors are always enchanted by the sheer wonder of the marine environment here. Crystal clear waters with vibrant shades of blue found nowhere else, the place is a real dreamscape on Italy’s Pelagie Islands in the southern Mediterranean Sea. Just 70 miles from Tunisia in North Africa, this beach is not the easiest destination to get to, and the whole bay of the Island of the Rabbits is part of the natural Reserve Island of Lampedusa, and thus heavily restricted. But if you are determined to experience one of the most intriguing and beautiful places on Earth…

Getting there: Going by sea the lines of Siremar and Ustica Lines travel to connect Lampedusa to Trapani and to Lampedusa and Linosa, the Pelagie Islands. The island can also be reached by plane in the Summer by direct flights from Milan, Bologna, Venice and Rome, as well as from Trapani and Palermo on Sicily year round. 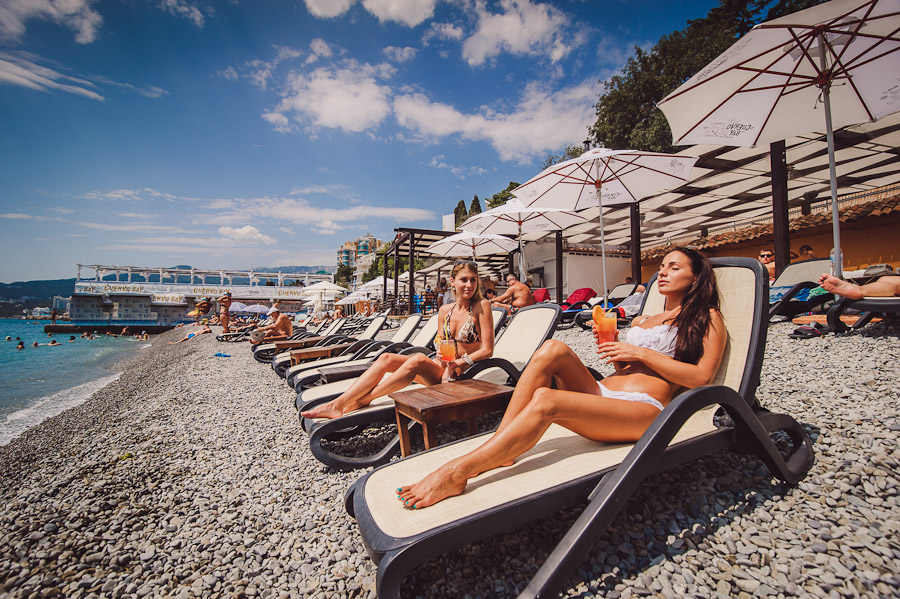 Massandra Beach in Yalta is a gem of a seaside resort

Crimea’s biggest, best and most interesting beach is also its busiest. Normally this would be disadvantageous where the idea of romantic seaside adventures are concerned. But for guy or girl watching, there’s no place to spot either sex eyeballing one another. Besides the obvious scenic distractions, seaside sunbathing and watersports can dredge up a serious appetite, so the scores of chic restaurants along this beach come in handy. And after dark, clubbing was never better than in this Russian resort. There’s plenty of shopping, historic, and natural excursion opportunities in Crimea to, if you can drag yourself away.

Getting there: Crimea is a bit less accessible than before western sanctions hit the peninsula over the region rejoining the Federation. Flights from Moscow and other Russian cities are available, as well as ferry and cruise options. Massandra is in Yalta, so your best bet is a flight to Simferopol via connects from Moscow or some international airports depending on your city of origin. 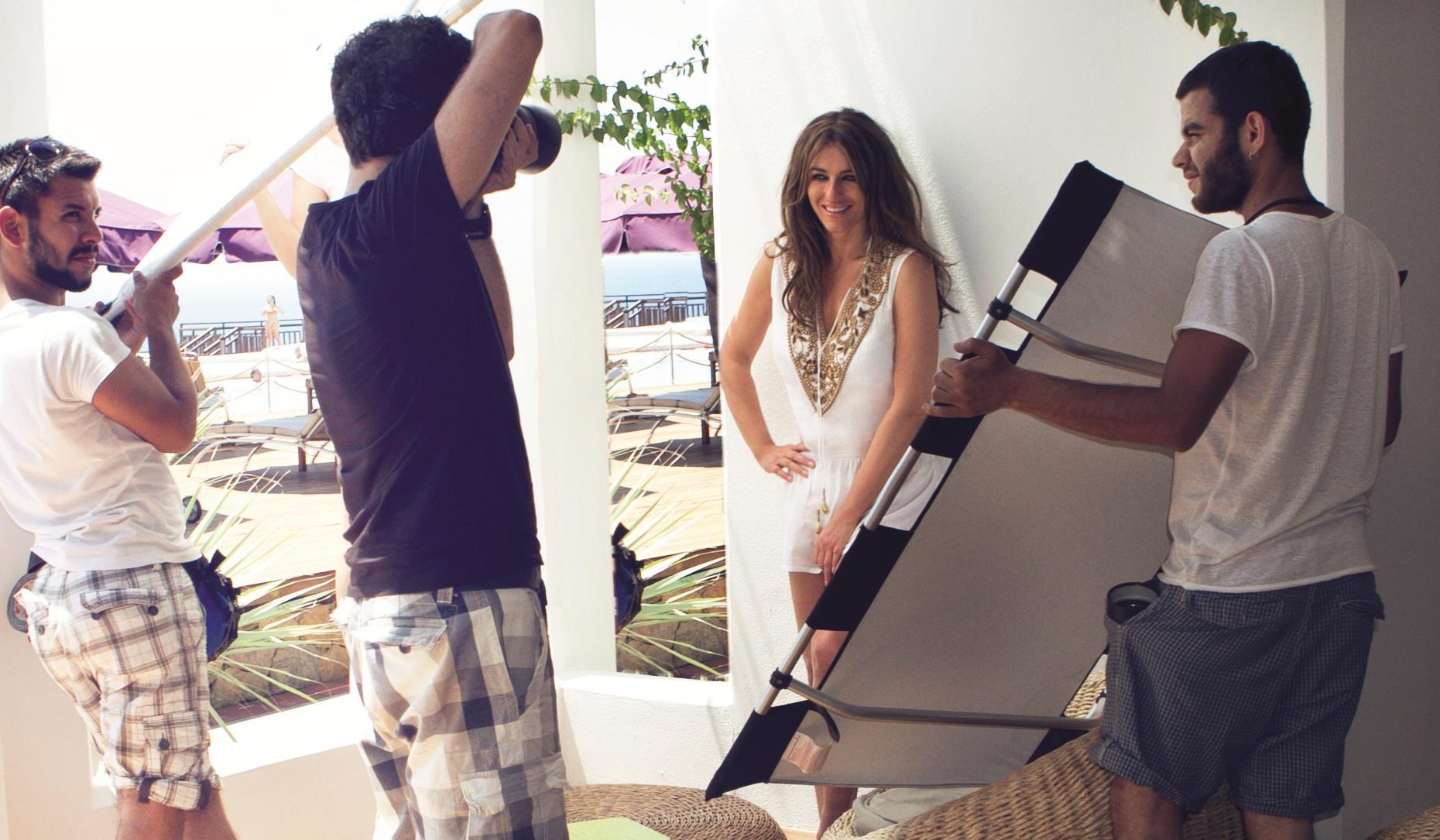 This beach is listed among the World’s Sexiest Beaches by Conde Nast, so don’t just take our word for it. But the editors at that famous magazine laud Bodrum’s crazy nightlife, this unique beach and the romantic atmosphere, the magazine overlooks the obvious. Surrounded by the majestic Taurus mountains, Barbaros has a distinctly eastern spirit, coupled with a Mediterranean lifestyle. The place is in constant flux in between the sensual pleasures of nightlife and romantic electricity, and the natural paradise that surrounds. Indescribable is the only word that fits. Kempinski’s Hotel Barbaros Bay is a spectacular example of luxurious resort life, and the new Nikki Beach Resort & Spa Bodrum that opened a couple of years ago further attests to the place’s appeal.

Getting there: There are currently no direct international fights to Bodrum, so the best option is to fly into Istanbul. While direct charters from the UK and elsewhere are possible in Summer, most travelers opt for shared taxis, letted cars or buses to Bodrum. Ferries from Kos and from Rhodes also carry many visitors. Dalaman and Izmir Airports are 3 hours away, and provide other options.

Additional image credits: Many thanks for the shots of carmen fiano in public domain.