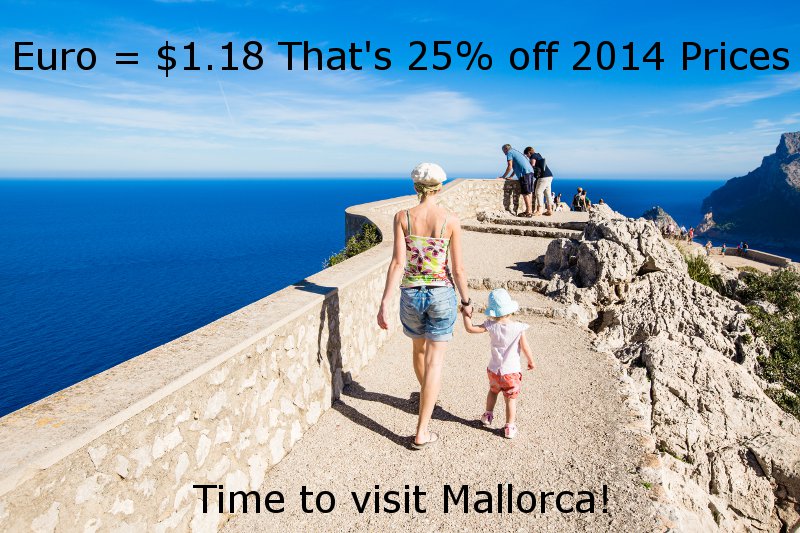 With the current political turmoil in Greece and other EU nations, the ongoing global recession, and other turmoil has been tough on Europeans. The flip side for travelers using dollars though, is that exotic places like Paris, Rome, and Athens are now far more affordable. In fact, the biggest euro slump since 2006 could mean a boom for tourism oriented businesses.

The value comes at the most opportune time, just as Europe was about to lose it’s favored position as the number one tourism destination on Earth. This report on 4Hoteliers told of failing efforts to right a staggered travel sector in Europe. Their report, via the European Travel Commission, spoke of the record tourism numbers for 2013, and emerging markets like Russia and China usurping that growth. So, monetary shakups in this case, may well stem a trend that would send Europe’s hotels’ revenue elsewhere.

Stop the presses though, if the euro’s decline versus the dollar spells VACATION in Europe, normalized relations in between America and Russia could spell OOPS. The ruble having just bitten the dust versus the dollar means George Washingtons buy more Moscow souvenirs too. And a lot more compared to euro values. Then there’s the Japanese Yen, which slid to record lows recently too.

Rubles or Yen, euros or pesos, the dollar buys more overseas today. What this means in practical terms is, a 25% reduction in a currency equates to an additional 25% off on everything from air fares and hotels rooms, to dinner for two Dublin to Athens. You’d better hurry though, Athens may be off the euro before long. Travel in the off season to the Med, a special tip from me. Write me to ask about special deals.