European budget airline EasyJet introduced mobile check-in and boarding passes on its easyJet app earlier this year. At the time, this feature was only available for flights departing from Amsterdam, Edinburgh, Manchester, Nice, Southend and Stansted. Today, the company announced expanding mobile check-in and boarding passes to flights departing from 38 airports across Europe. 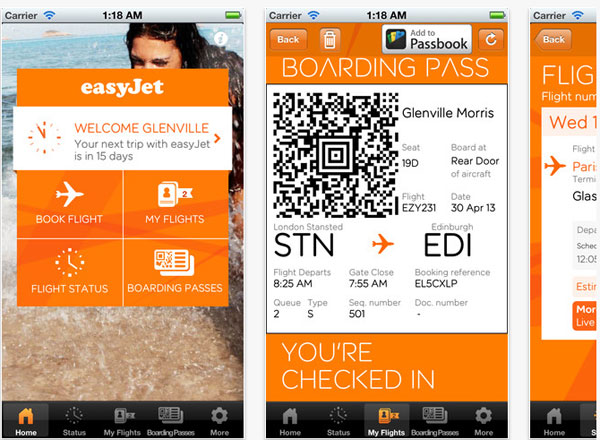 The app simplifies the boarding process for EasyJet customers who own Android and iOS devices, by allowing them to check-in on mobile or PC, then downloading the boarding pass to the mobile, without needing a printed version. Travelers don’t need to have an easyJet account. For those travelling light, the mobile boarding pass is enough to show at the gate.

Once downloaded, the boarding passes are stored offline on the smartphone’s memory, thus eliminating roaming charges, or need for a network or internet connection.

In addition, flights departing from Manchester, Palma de Majorca, Paris Charles De Gaulle, Edinburgh, Nice and London Southend support multiple boarding passes per flight (up to 5 passengers travelling as a family or group can access all their boarding passes on 1 device.)

Lend Me Your iPhone to Test the “Backdrop App” Game Changer
Game-changing AI-powered Travel Innovations
VR Travel Experiences that Shape the Future
A Grain of Salt and H2O Hospitality Gets You 2.5 Star Bliss
Previous: Yahoo Acquires Qwiki, the App that Turns Memories into Movies
Next: Best Things to Do in Budapest, Tips from Stay.com Trusted Travelers