Dragobete kisses the girls! It's customary for boys to chase girls today, a metaphoric courting ritual.

In Romania, they don’t go around sending roses and candy, or wishing each other “Happy Dragobete!” today. In fact, the traditional celebration of love known as Dragobete remains a mystery for many Romanians themselves, who choose not to celebrate it, paying more attention to its Western counterpart, the world-famous Valentine’s Day. But for Romanians who love their traditions, who are trying to keep them alive, preserved for generations to come, this archaic holiday, with its legends and oddities, still bears important meanings. 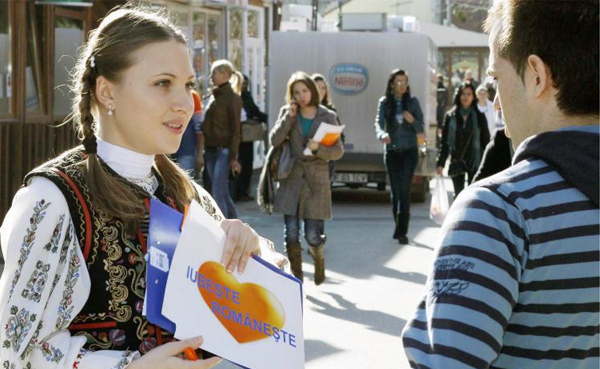 Love like a Romanian! - a campaign to raise awareness on genuine Romanian values.

There are still villages keeping traditions with roots in illo tempore – where Dragobete (or Dragomir) is still celebrated as the local counterpart of Roman god Cupid and Greek god Eros. In some villages, in a metaphoric courting ritual, girls are being chased by young bachelors – a run through the village that ends in a kiss sealing the public engagement of two lovers. 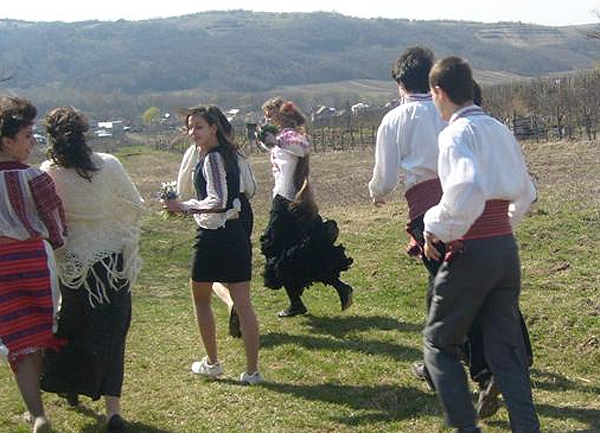 Like any other archaic tradition, even Dragobete has its oddities, however all related to a pure, pristine love, and a dedication to protect life, in all its forms. There are no animals sacrificed today, as it would ruin the point of mating. It’s believed that men who hurt women today, or even have the smallest argument, are doomed to bad fortune for the rest of the year, and the list of oddities could go on. Perhaps the most important aspect is that, aside random villages keeping traditions, some Romanian institutions are attempting to remind the younger generation that February 24 has a deeper meaning. 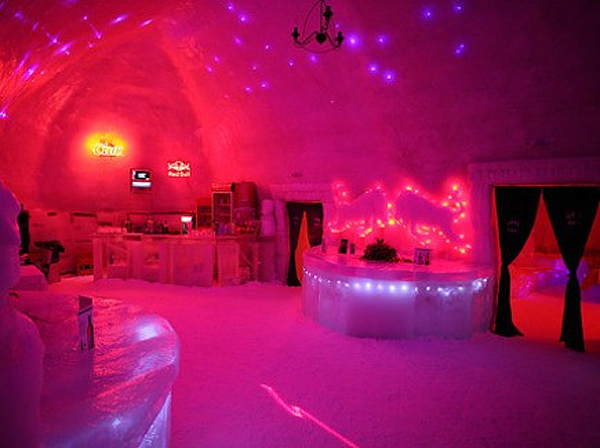 In Braşov, hundreds of Romanians celebrated love today, in Piaţa Sfatului – where the city organized a special show to mark the event. 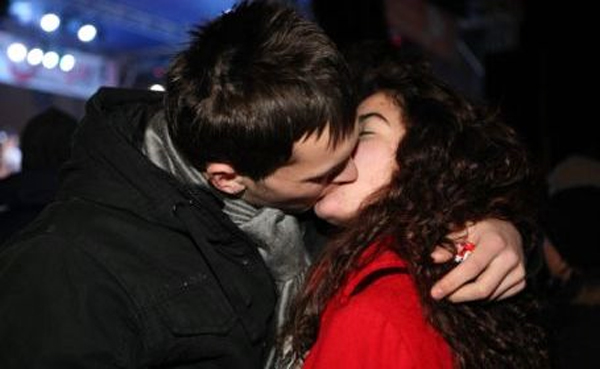 Kiss me, Dragobete! - Lovers kissing in Brasov, during a special Dragobete event.

The art gallery Galeria Dalles in Bucharest opened today a special exhibition called Festivalului Primaverii (The Spring Festival) which welcomes its visitors with numerous gift ideas, original artwork and more, and lasts till March 8, the International Women’s Day in Romania and other Eastern European countries.