Donetsk Gets Ready for Euro 2012 With a New Airport

Ukraine has prepared for the EURO 2012 with a brand new terminal at Donetsk international airport. According to the Ukraine’s Ministry of Infrastructure, the new terminal has now the capacity of attending 3,100 passengers per hour. 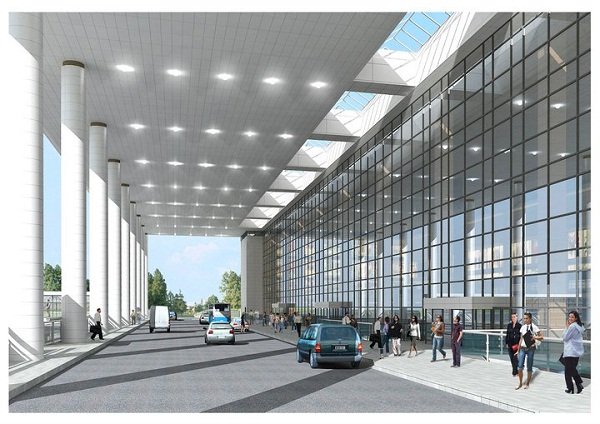 Fully equipped with the highest control tower in the country (52 meters) and an artificial track, proper for any kind of aircraft including Boeing 747 and Airbus A380, the airport has been successfully included in ICAO III A category by the International Organization of Civil Aviation. With this new status, the airport is allowed to accept landings in Zero visibility conditions.

“At the beginning of the 30s, the airport’s builders had no idea that it would become a site with such technology” said the Ukrainian President Viktor Yanukovych at the opening ceremony, on May 14.

Named after the famous composer Serhiy Prokofiev born in Donetsk, the airport was mainly renovated by the Ukrainian state, which contributed with an amount of $758 million. Private investors and the local budget have also financed the construction.The Donetsk airport infrastructure will help manage the growing number of passengers, who are expected to arrive in the country for EURO 2012.

With so many football games taking place on Ukraine’s stadiums, The European Football Championship has stimulated authorities to develop reconstruction works on other airports in the country as well, including Kiev, Lviv and Kharkiv.

Lviv’s airport was upgraded with a new terminal (2,100 people per hour). Boryspil in Kiev has a brand new F terminal, with a 5,670 square meters waiting area and a capacity of 2,400 passengers per hour. But while Ukraine’s main airports have only needed a renewal, those in Donetsk and Kharkiv were almost built from scratch, the latter benefitting now of a new terminal, a groundbreaking infrastructure and a fresh 2, 5 km runaway suitable for heavy aircrafts such as Boeing 747 and Airbus A380.

Currently, final renovations on airports in Kiev, Boryspil and Zhuliany are ongoing. Boryspil’s terminal D, designed to serve more than 20 aircrafts simultaneously, will be ready to use in June 2012, while the airport in Zhuliany will get its new terminal (14,270 sqm, 320 people/hour) finished, sooner this May.

Research Claims Americans Plan to Visit Europe Despite Ukraine Conflict
Ukrainians Travel Visa-free to the EU from June
Hike the Snow Mountain: Hoverla in Ukraine Is a Mountaineer’s Dream
Georgia and Ukraine Closer to Visa-free Travel to the EU
Previous: Gordon Ramsay Steak Opened at Paris Las Vegas
Next: Traveling to the USA? Check Out These Useful Government Websites