On the catwalk for Belarusian designer Alena Goretskaya

In interesting people news, Belarusian Fashion Week began yesterday and carries on all this week. More than 70 International representatives from stores and boutiques across Eastern Europe have congregated to celebrate some of next year’s stunning creations. Among those spotlighted is Belarus’ own Alena Goretskaya, who reveals her latest contributions to the famed House of Papilio.

This is Belarus’ first such event, one where great expectations and an equivalent degree of excellence have already appeared. Belorussian Fashion Week’s biggest objective? To draw attention to fashion collections created by Belarus’s leading fashion designers – obviously. Despite the clandestine overtone though, judging from what we have seen, it is high time someone called attention to them. 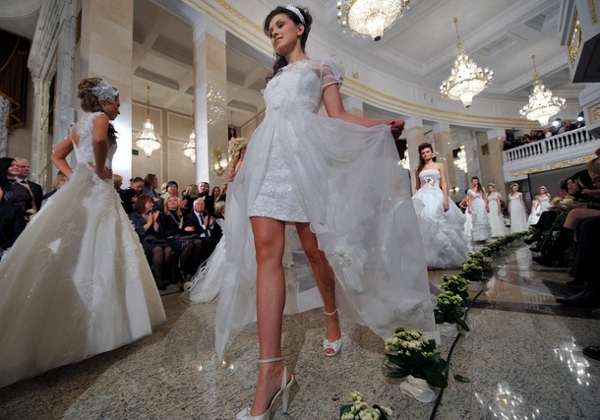 Most recent images from Getty Images

One of Minsk’s most awaited style events, Fashion Week features some 40 collections from Spring and Summer 2011. Norwegian to Iranian designers, and as many in between are showing off designs of extraordinary flavor – from what we have seen unique nearly to a flaw. The 6 day week is being held at the national expo center BelExpo, and will culminate with a charity auction by designers of children’s clothes. 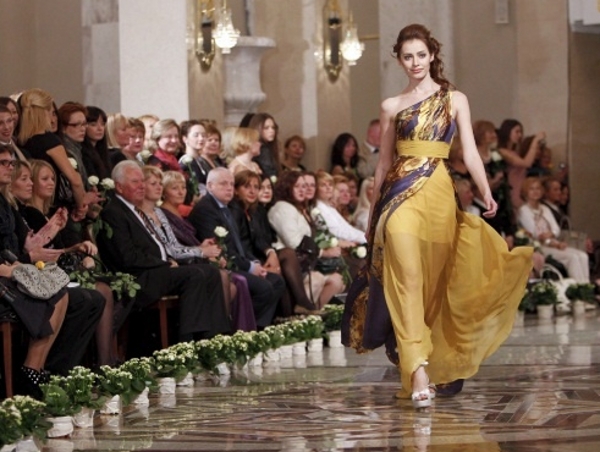 On the catwalk for Belarusian designer Alena Goretskaya

Chief organizer Yanina Goncharova has refined this show into a jewel Belarus can be proud of, and one which will surely attract investments and brands to investigate these wonderful talents. We decided to frame Alena Goretskaya because of her stunning wedding collection. Surely talent like this will soon be unveiled in Paris and New York too?

These a line of haute couture designs is among several surprise debuts for Goretskaya, but we reserve the secrets. Oh okay, there is one just below of an angel. 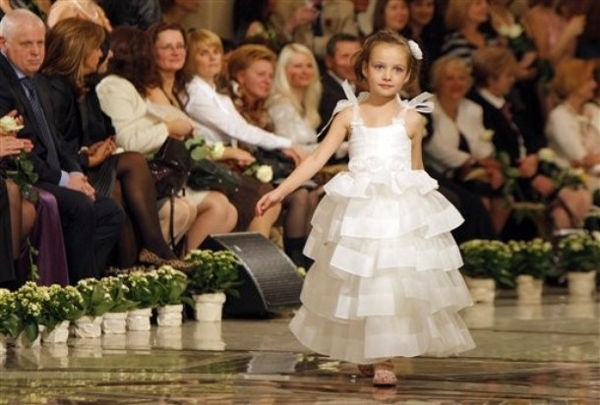 The hundreds of hours, and mountains of exquisite materials that went into the designer’s work here – well, for those who can afford being a princess, there cannot be more superb luxury anywhere.  We leave you with images of some of  Yanina Goncharova’s 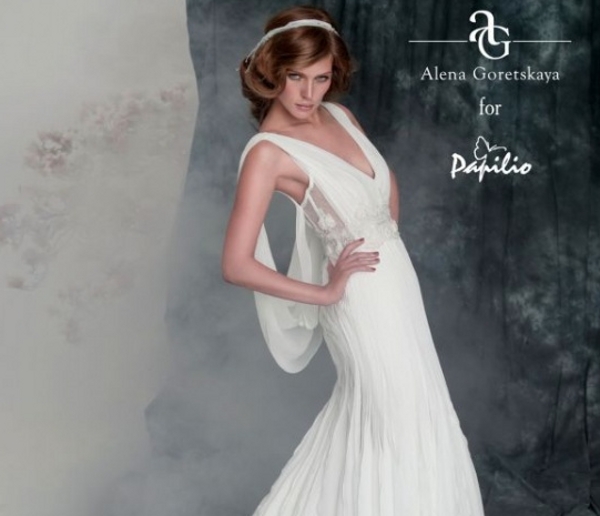 The stills from Papilio of the collection

But one designer does not a fashion week make. Other famous names like Russian fashion designer Slava Zaitsev graced yesterday’s opening with offerings worthy of any venue. The event carries a special importance for the people of Minsk, Belarus’ largest city. Already the center of town has been plagued with traffic tie ups, everyone wanting a glimpse at next year’s fashion perhaps? 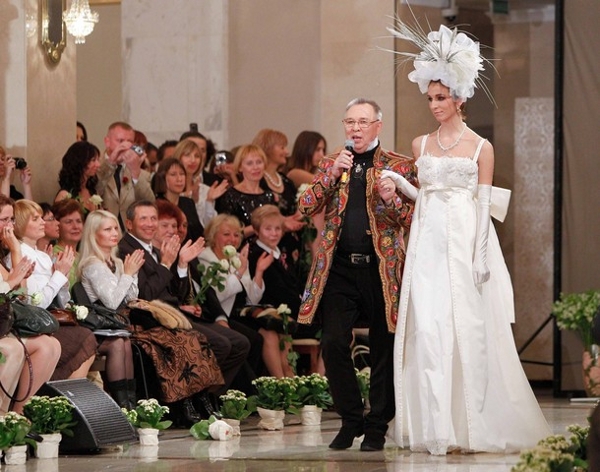 Russian fashion designer Slava Zaitse with one of his beauties

A Farewell To Another of the Small Gods of Crete, Nikos Zacharioudakis
A Word or Two About Ryanair CEO Michael O’Leary and Other Bean Counters
Expert Viewpoints: Hospitality 2021 and Beyond
Actress, Singer, Songwriter Rita Ora Vacations On Corfu
Previous: Bulgaria’s Slopes Beckon, Fine Powder Cheap
Next: Ten Monumental British Sculptures