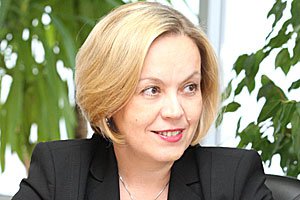 Belarus and Slovenia have begun talks to establish a Minsk-Ljubljana air service. The topic, raised in the 4th session of the Belarusian-Slovenian intergovernmental commission on trade, economic and sci-tech cooperation, could mean a bilateral agreement soon.

According to the news, Belarus and Slovenia stand to gain economically. However, officials on both sides suggest intense scrutiny to the exacting economic benefits need to be imposed. Belarusian Deputy Foreign Minister Yelena Kupchina (at left) told Belarus News (BelTA):

“We need to establish contacts between the aviation authorities of the two countries and calculate the economics of such decision.”

Just recently Kupchina also suggested new forms of manufacturing cooperation, and the establishment of joint ventures, might power up both economies if the right prospective deals could be struck. She also pointed to cooperation in the production sector, agriculture, energy industry, and civil engineering, as areas where the two countries might make headway emerging from the economic downturn.

On tourism matters, Kupchina also recently put into play visa regulations in between her country and the EU. Kupchina reminded EU officials that back in November 2013 Belarus was ready to start talks about these visa issues. Then in June, liberalization of visa formalities began in Minsk, but so far not much headway has been made toward progress. The minister also discussed the lifting of sanctions against Belarusian citizens in light of the Ukraine situation and Belarus’ obligations to the Russian Federation.