Beaches of Jersey Shore Open As the Bay Side Floods

Hurricane Sandy cut a scar into seaside communities along the New Jersey coast in October 2o12, and only now are some beach communities emerging with a prosperous touristic outlook for Summer 2014. However positive the tide may have turned for Jersey shore communities though, the sustainability of Atlantic coastline beach communities is endangered by sea level rise now. 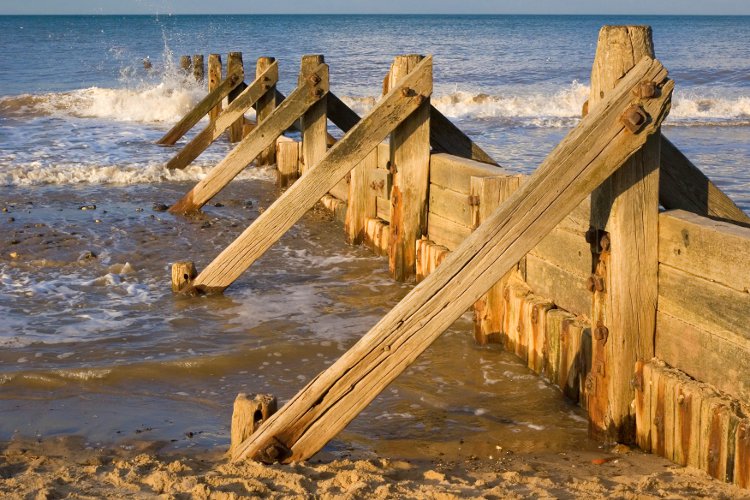 I just read an article by Erin O’Neill of the he Star-Ledger announcing  a prominent beach there in New Jersey, Toms River planning for a stellar beach season this year. The township is as old as New Jersey, if not older, but better known for being the backdrop for TV and Hollywood film classics such as Amityville Horror. Since Sandy the seaside community has been more noteworthy as one of the worst affected beaches in the super-storm Sandy epic horror. Now come Memorial Day weekend the beaches of Toms River will welcome sunbathers anew, but all is not well for the Jersey and other shores.

This story at Tribtown tells of a new, more ominous disaster creeping up on New Jersey’s and other coastal vacation spots. The state’s so called “back bay” areas have a bigger problem then refurbishing beach sand, far worse and more permanent than adding height to pilings supporting beach homes, the Earth’s seas are rising. Jersey back bay resident Frank Santora has to live in an occasional swamp right now, as his Seaside Heights home. Streets there are often flooded, even when there is no flood tide, and a recent study that shows one foot of sea level rise will inundate most of the Jersey coast. From Point Pleasant to the Toms River beaches, the problem in the near future won’t be record hurricanes, but the morning tide. 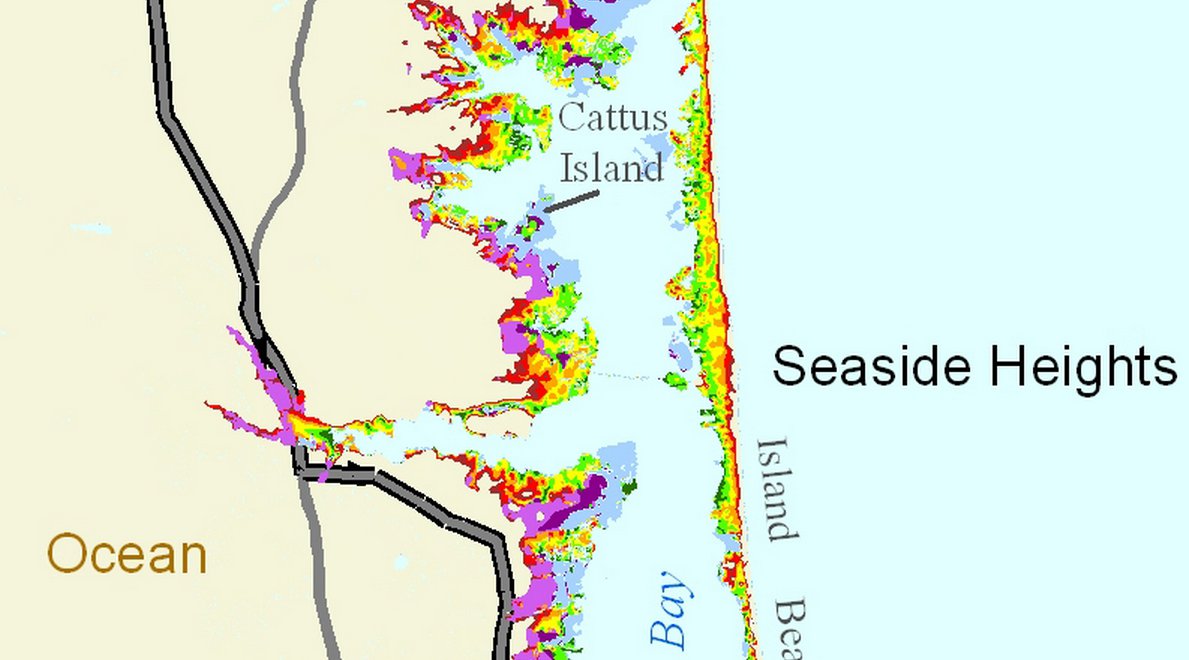 Now that global warming and sea level rise are a substantiated fact, communities worldwide are attuned to the mid to long range effects of the sea taking back what once was beneath it. The problem for the Sandy Hook-New Jersey communities is complex, but easily explainable. The image you see above shows current elevations along the shore in New Jersey via the EPA.  The problem for communities (and vacationers of the future) is not the front beach erosion, refurbishment millions see bay side sand moved back to the dunes at the front of the barrier Islands. The problem is the purple (wetlands) and green (low lying bay side and interior) plots where minute sea level rise has a dramatic effect.

For those of you who’ve lived or vacationed on a barrier Island, you can recall what happens when it rains hard, maybe even the streets during a Fall storm. But this is not simply a New Jersey or New York problem. This exhaustive study (PDF) entitled; Coastal systems and low-lying areas, by Nicholls, R.J., P.P. Wong, V.R. Burkett, J.O. Codignotto, J.E. Hay, R.F. McLean, S. Ragoonaden and C.D. Woodroffe and other noted experts, it tells of a reshaped world in between now and 2050 .  The chart below reveals what even slight incremental rise in sea level will mean for millions displaced worldwide. 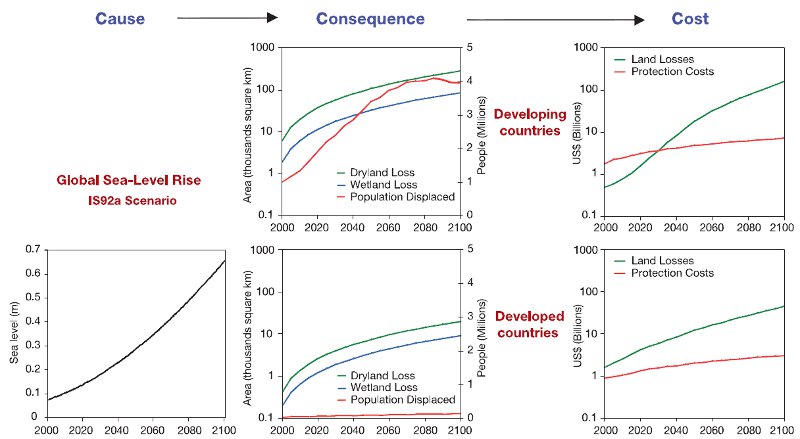 Summer 2014 on the New Jersey shore. There’s no danger there, sun and fun are a surety. For New York and New Jersey’s beach combers this year will be a return to yesteryear and that family vacation you remember. It’s next year, next Spring, and the next 20 years when the children of vacationers have to make decisions that concerns many now. With the inevitable facing us all, spending, planning, and even the PR of tourism need to be examined. That disaster that was a conspiracy theory when the 2009 United Nations Climate Change Conference saw President Obama and the world attend, those sensationalist claims are now reality. Don’t take our word for it, watch this National Geographic special. This is the future of the Jersey shore.