Six Eastern European countries proposed their tradition for inclusion on the UNESCO lists of intangible heritage: Armenia, Azerbaijan, Lithuania, Turkey, the Czech Republic and Croatia. They are among 29 world countries, with a total of 47 nominations. Not all nominees will make it this year, but there is indisputable value in all these entries. The Azerbaijani carpet (Azərbaycan Xalçası), Azerbaijan’s contribution to the list, even more so. 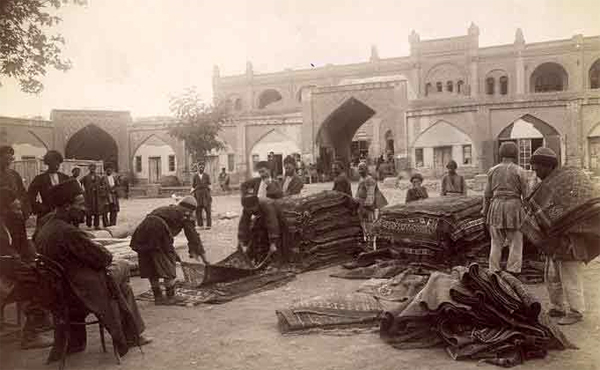 The Azerbaijani carpet has developed under the influence of the close cultural dialogue between
Azerbaijan and the rest of the world, particularly through the Great Silk Route. Since the 14th century, Azerbaijani carpets were actively exported to the West, and are currently used all over the world for multiple purposes: to decorate floors, walls, tables,and more. The ancient craft of carpet weaving in the country is still alive, and extremely popular. 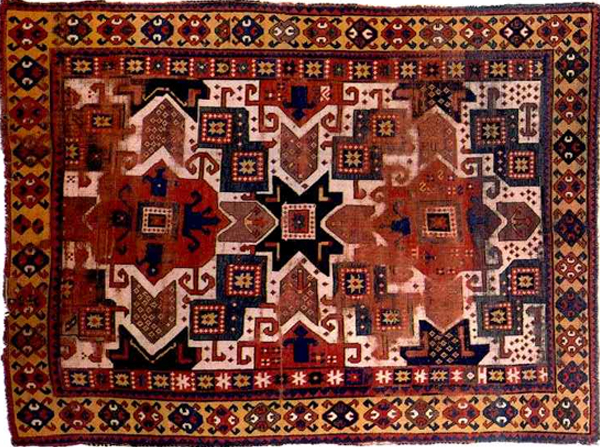 Azerbaijani officials fear that the inscription of the Azerbaijani carpet on the Representative List of the Intangible Cultural Heritage of Humanity could impact the ancient craft negatively. The rugs are already extremely popular worldwide, and such a nomination could boom carpet tourism in the country, leading to mass production that would eventually result in deterioration of carpet quality and distortion of its traditions. The Azerbaijan carpet craft is noted for a vast variety of ornamental compositions which now exceed 600. The Azerbaijani carpet is one of the most valuable souvenirs of national culture in the country, and although more tourism could impact positively the country, the loss of national identity, even the remote possibility, is not taken lightly. 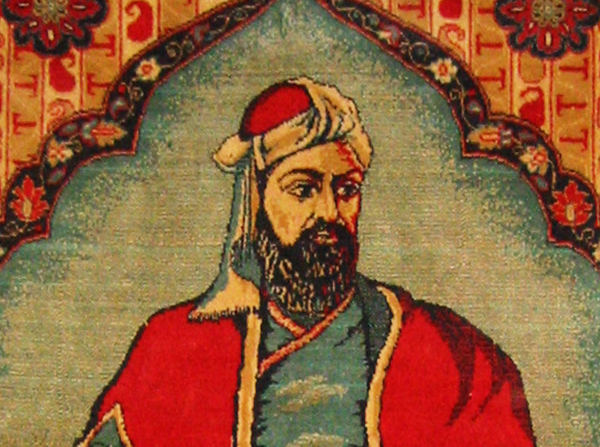 Nezami Ganjavi pictured on a rug in a museum in Ganja, Azerbaijan - photo David Chamberlain.

To protect this ancient craft, and to promote its national and cultural values, the weaving communities represented by the Azerbaijani Society of Carpet Makers, the World of Carpets Association, and the Council of Weavers under the Azerbaijani Artists’ Union propose proclaiming a national Carpet Holiday in Azerbaijan on September 5; and establishing an International Carpet Festival in Baku, among other measures. Upcoming, in 2011, the State Museum of Azerbaijani Carpets and Applied Folk Arts and the Louvre Museum, Paris will make an exchange exhibitions for which an agreement was already signed in 2007.