Alacati is one of the best known Aegean destinations for foodies and those wanting festive atmosphere, and a bit of the unusual. Honoring the “out of the ordinary” this year Turkey celebrates the  International Vanishing Tastes Festival June 6th thru 8th in this marvelous place noted for architecture, vineyards, windmills, and kite surfing. 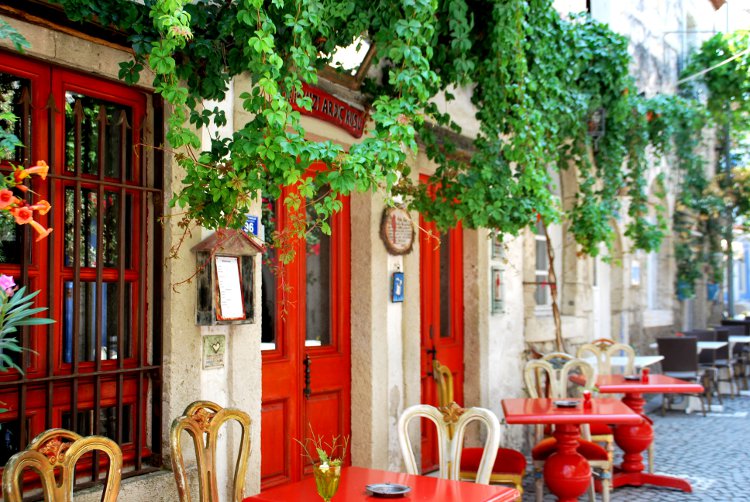 Celebrating Turkey’s distinguished cuisine, the first-ever Vanishing Tastes Festival in Alacati has to be on any international gourmet’s bucket list this year of culinary destinations. Set to celebrate the traditional home cooking of the Aegean region, visitors will tasted traditional recipes revivded for these events, and discussed with noted authors, through competitions, and via the marvelous creations of Turkish chefs from around the country.

Alacati’s restaurants will also participate in the fest, bringing their own versions of traditional dishes to their menus. A recipe book is also being prepared of these ‘rescued’ dishes. Slated to be held twice annually, the new fest happens in June and October. Some attendees already confirmed include; the Editor of Connoiseur Magazine, Axel Ritenis, and the Head Sommelier of Gordon Ramsey’s Maze restaurant, Arnaud Bardary. Other attendees include:

Christian Qui, chef with an interest in slow food, France

Participants of the international food scene from France, Italy, Greece, Croatia, Lebanon, Tunisia and the USA, as well as Turkey, will also come to enjoy the festive atmosphere. For those unaware, the Izmir region has a rich culinary heritage due to locatoion at the crossroads of cultures including; Levantine, Jewish and Greek influences.

For more information on this new foodie event readers should contact the organizers on Facebook, or via alacati@redmintcomms.co.uk

Turkey Wildfires Are the Worst Ever – Experts Say It’s Only the Beginning
Turkey Opens 2,900-year-old Altintepe Fortress to Tourists
Panagia Sumela Monastery Frescoes Vandalized in Turkey
The Troy of Legend Now Thought to Be Much Older
Previous: Turkish Day in London – This Weekend
Next: Prague On Its Way to Becoming Top 10 Convention Destination