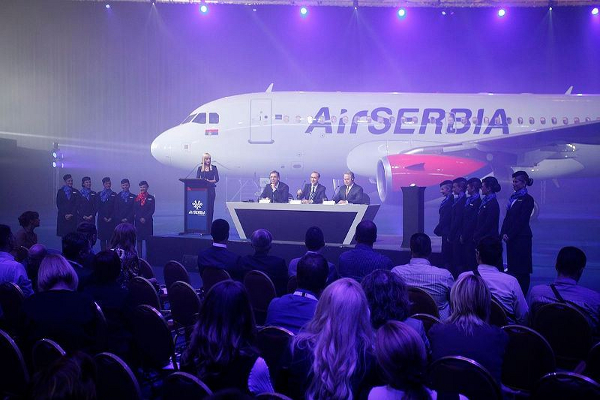 The company also launched new route connecting its hub at Belgrade’s Nikola Tesla International Airport to Abu Dhabi in the United Arab Emirates, and announced that, by the end of 2013, it will add other important routes, to the previously served 29 destinations, as well as to Banja Luka (Bosnia), Bucharest (Romania), Ljubljana (Slovenia) and Prague (Czech Republic).

The carrier modernized its fleet and said that a first of two phases process was completed as it leased eight Airbus A319 and two A320 aircrafts. Air Serbia is part of Etihad Airways’ ‘equity alliance’, which means more benefits for clients.

“Having a strong and successful airline is vital for Serbia’s future economic development and growth. Air Serbia will deliver hundreds of millions of dollars a year into our economy,” explained Aleksandar Vučić. The Deputy Prime Minister added:

“We have been able to attract external investment, in addition to our own Government commitment, to rebuild this airline into something special. We are bringing in the best technical skills, business know-how and expertise to ensure Air Serbia evolves into a successful airline.

“Our new partner, Etihad Airways, is an airline that has grown faster than any other full-service national airline in the last decade. Yet it has never lost sight of its commercial mandate, tripling its profits last year. We are looking forward to that rigor being applied to our national airline.”

The company has big plans to attract more clients. As part of its campaign, Air Serbia revealed a series of ‘Serbian living legends’ that will appear on the new national airline. Novak Djokovic, famous tennis player, is the first to have an Air Serbia aircraft named after him. Djokovic is currently world number two in tennis and he is the founder of Novak Djokovic Foundation, which has raised over €4 million for early childhood education of Serbia. 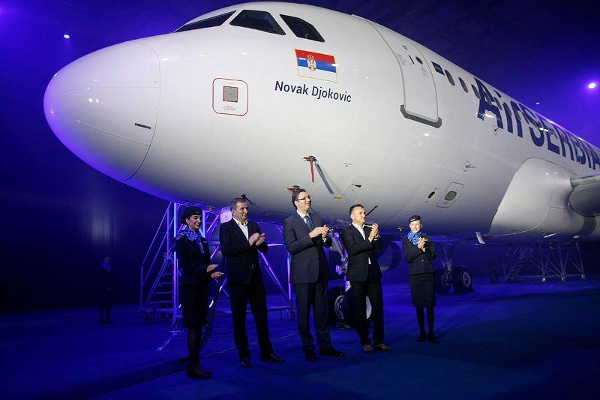 “Novak Djokovic is well known and loved in Serbia and he fits perfectly with our new vision and commitment to becoming the region’s leading airline,” said Mr. Kondic.

“He has shown over the years a competitive spirit and an enviable ability to overcome big challenges that is now legendary right across the world. These are all values and positive attributes that we can closely associate with and will be at the forefront of what our new national carrier will stand for.”

The “Serbian Living Legends” series will reveal up to 14 great contemporary Serbs over the next few months.