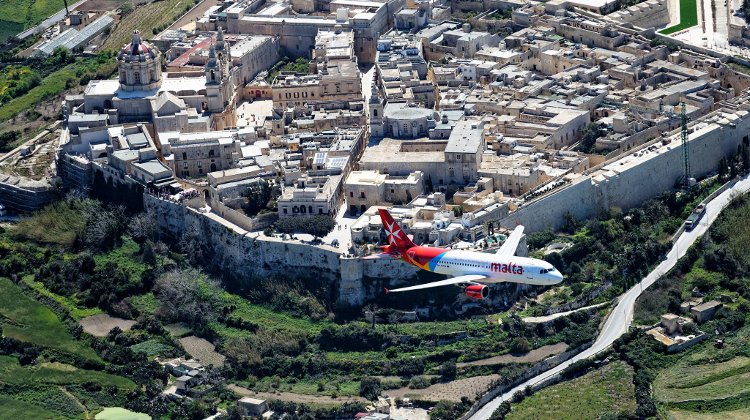 The airline has been issued a European Aviation Safety Agency (EASA) AOC from the Civil Aviation Directorate of Transport Malta, according to their news. Air Malta had to follow Commission Regulation (EU) No. 965, which outlines the technical requirements and administrative procedures for air operations, in particular those for commercial air transportation.

In order to comply with these new Regulations and the transition t EASA AOC, Air Malta had to perform a thorough review. The new Safety Management System (SMS) replaces the current Accident Prevention and Flight Safety Programme.

“Once again, our national airline has demonstrated to be the leader in the industry on our Islands and this is due to our experienced human resources in the area.”

Also today, Air Malta announced he appointment of Joseph Galea as Deputy Chief Commercial Officer, part of their ongoing plan to ramp up efforts to rebuild their management team. CEO Louis Giordimaina had this to say about the appointment:

“Air Malta once again finds itself at a crucial juncture. Revenues are under pressure due to increased competition and the suspension of Libya, one of our profitable routes. The Chief Commercial Officer and his deputy will be immediately tasked with finding ways to develop a top revenue line which is healthy and sustainable, two things which continue to evade the airline despite the ongoing implementation of the restructuring plan.”

Readers who would like to find out more about Air Malta or this current news, please contact the company at: