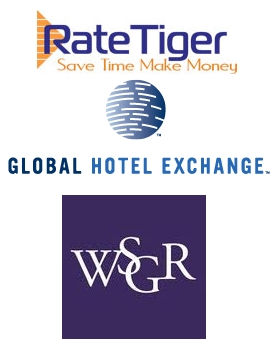 On Tuesday, an new, independent OTA announced a strategical alignment with RateTiger. Global Hotel Exchange, a cost free distrubution channel for hotels to launch in January, will leverage the power of global hospitality technology provider Rate Tager and eRevMax.

Set to go live in January of 2012, Global Hotel Exchange (GHX) was founded by Tom Magnuson, CEO of Magnuson Hotels, the largest independent hotel group in the world. As part of the strategic move, GHX gains access to over 20% of the UK hotel market, not including the strength of Magnuson’s other 2,000 hotels in the US and across the UK.

As online channel management and economics become more efficient and competitive, Magnuson’s model suggests a free market atmosphere will emerge, rather than the rigid rate parity system, commission based visibility, and search engine marketing heavy base now dominating the landscape. With GHX, hotels will set their own rates, receive 100% of their revenue from bookings, and be able to pass along even greater savings to guests, rather than share it with OTAs like Expedia and Orbitz. GHX boss Magnuson had this to say about this most recent news:

“GHX is proud to enter the UK market, while simultanously elevating our game with the trusted technology and massive distribution power of RateTiger and eRevMax.”

Rate shopping and channel management are crucial tools travelers will learn more and more about in the coming months. As the competition for business heats up further though, Magnuson and others suggest the old ways of selling rooms online will alter significantly. With key partneships like this one with Rate Tiger, GHX can engage across a much broader landscape than in the US and UK alone, as is the case now with Magnuson Hotels. Rate Tiger, owned by eRevMax, operates in 65 plus countries and across 750 cities worldwide.

An earlier announcement by GHX showed the hard driving new company forging an alliance with securities and IP law gurus Wilson Sonsini Goodrich & Rosati. For those unfamiliar, WSGR has advised on some 700 plus M&A transactions valued at more $300 billion over the last half a decade. Interestingly, In 1980, WSGR represented a little startup going IPO, the company named Apple became one of the most significant technology companies, companies of any kind, in the modern era of Wall Street.