Rumors of special rituals on 11 November 2011, at 11:11 (09:11 GMT) inside the Great Pyramid of Giza (also known as the Pyramid of Khufu and the Pyramid of Cheops) have allegedly scared authorities in Cairo, who decided to close the great monument until Saturday, however, the other two pyramids nearby and the Sphinx remain open. Egyptian authorities told the media that the Great Pyramid was closed for maintenance, after the large number of visitors during the Eid al-Adha holiday last week. According to them, the closing had nothing to do with internet rumors that ceremonies will be held within the walls of the pyramid by “Jewish” and “Masonic” groups. 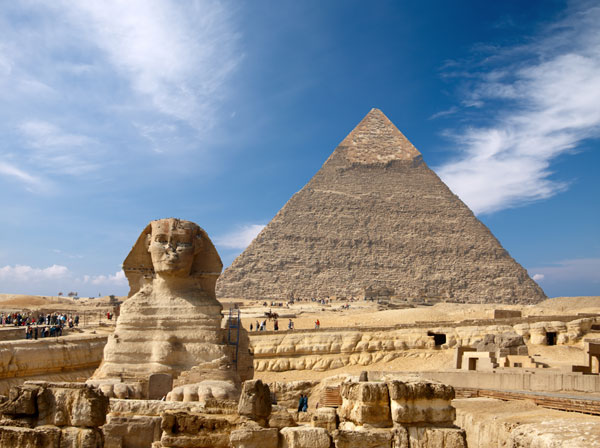 11.11.11 was declared by many a day to fast, pray and cry out to God. Others will be using the day to commemorate the Armistice Day, while others have planned their weddings for this palindrome occasion. While the closing of the Great Pyramid may not have anything to do with the occasion, the Egyptian official had to be expecting massive media attention to follow up the announcement.

Even security around the pyramid increased today, and although nothing out of ordinary was reported after the hour passed, the media attention still kept focus. For us, at Argo Travel News, this is nothing but a great opportunity to feature one of the world’s most amazing travel destinations. 11.11.11 o’clock or not, the Great Pyramid is one of the must see places before you die – a mysterious destination that fascinates travelers from all of the world.