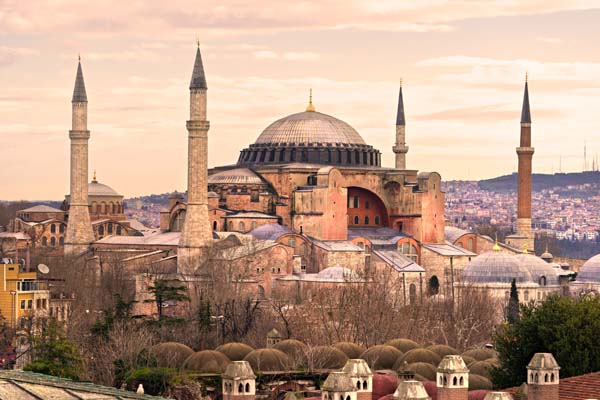 The complete top features, in this order, Hawaii, Bahamas, London, Istanbul, Puerto Rico, Costa Rica, Rome, Jamaica, Seychelles and Bali. Interesting, Bing erroneously ranks Istanbul as a top destination in the Middle East. Despite Turkey being a transcontinental country, Istanbul is geographically located in Europe, and not the Middle East.

Istanbul is one of the largest urban agglomerations in Europe, very popular with travelers from the Central, Southern and Eastern part of the continent, especially due to its historical landmarks, and unsurpassed, affordable hospitality.

Turkey Wildfires Are the Worst Ever – Experts Say It’s Only the Beginning
Turkey Opens 2,900-year-old Altintepe Fortress to Tourists
Panagia Sumela Monastery Frescoes Vandalized in Turkey
The Troy of Legend Now Thought to Be Much Older
Previous: Most Romantic Hotels to spend the Holidays
Next: Romanian actor Radu Beligan awarded by the Guinness Book of Records