Romanian actor Radu Beligan entered the Guinness Book of Records as the longest living actor still on the theatrical stage at age of 95. 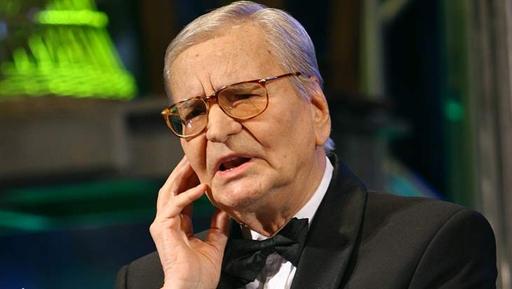 On December 15, the actor who celebrated his 95 years on stage, was awarded with the title of longest-living actor still in activity on a theatrical stage by Guinness Book of Records at the National Theatre of Bucharest.

Beligan celebrated the title by playing for the 330th time the main role in The Egoist play, written by the French playwright Jean Anouilh.

A graduate of the Dramatic Arts Conservatory in Bucharest, Beligan has been delighting Romanian public with many roles that inspired joy, emotion and strong feelings for the last 70 years.

He was awarded with many medals during his career: Grand Officer of the ‘Faithful Service’ Order, the golden star and collar of the Order of the Yugoslav Flag, Officer of the National Order of the Honour Legion of France. And he is also a Doctor Honoris Causa of the ‘I. L. Caragiale’ National University of Theatrical and Cinematographic Art of Bucharest.

After being presented with a certificate of the Guinness award, he called on theatregoers to stop applauding: “I have no merits at all. I am the result of the love you have shown me for so many, many years” he said.