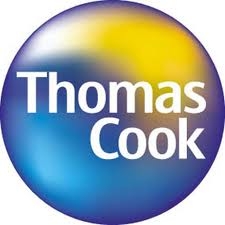 One of the world’s most venerable travel companies, Thomas Cook, appears to be on the ropes. The tour operator, second largest in Europe, saw its shares sink 75 % at close, on top of other company troubles.

Thomas Cook played host to more than 20 million travelers last year, but their creditors have yet to be satisfied, and stocks plummeting only adds to their woes. Top this news off with the near certainty the EU will suffer far greater economic pitfalls in the short term, and it’s no wonder many believe TC will go down for the count soon if things don’t turn around.

Not to sound too negative, but failing client confidence because of these announcements could be the last nail in Thomas Cook’s coffin. Even though company officials insist flights and bookings will go unhampered, already weakened consumer demand will no doubt be further hampered where the company is concerned. A 75 percent drop in share value is, simply not something consumers hear of every day.

James Hollins, analyst at Evolution Securities was quoted in the Washington Post:

“Legitimate questions will be asked as to whether Thomas Cook can survive long-term.”

Hollins did add that; “He believed the company could pull through on the strength of businesses outside Britain, but a more flexible financial structure and massive turnaround are required.” Meahwhile, The Financial Times spins it; “Thomas Cook poised to restructure,” as if there were any other solution. The company announced a plea for additional funding in the amount of £ 100 from more than a dozen banks. Even Prime Minister David Cameron expressed concern.

We will keep you updated as news comes in.