A Suggested Guide for Visiting Funchal

The island of Madeira is best reached through its capital of Funchal. This city  has just over 100,000 inhabitants, large enough to get lost in, diverse enough not to get bored of. Funchal boasts of two main personalities: Cristiano Ronaldo – footballer born in the suburbs of Funchal and Charles – the last King of Hungary/last Emperor of Austria, who is buried at the Monte Church. 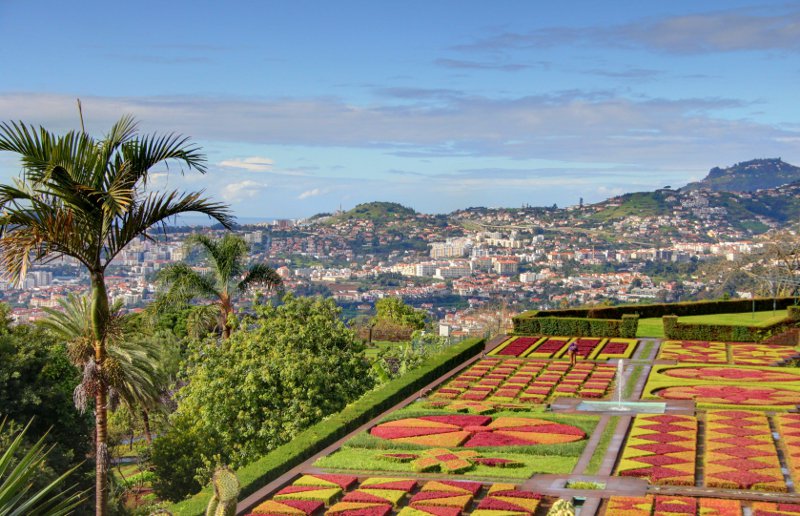 It’s an exotic destination, a colourful environment with scenic places – but you have to dig deep quite often, the attractions are scattered and due to the complicated terrain, getting around is hard. While a large number of online travel resources out there will take you through A to Z lists of places worth visiting throughout the island, few will ever tell you about the details regarding the attractions of Funchal.

Again, travel blogger Escape Hunter comes to our help, suggesting the top attractions in Funchal through a comprehensive walk-around guide, showing photos and giving plenty of details about the locations not to miss out on. While in the Madeiran capital, the traveler should pin the historic attractions, the beautiful plants, the churches, the beach area – including the piers. But, there’s obviously more to Funchal than just the mentioned attractions. Let’s see a few, the rest you’ll find on the Escape Hunter site. 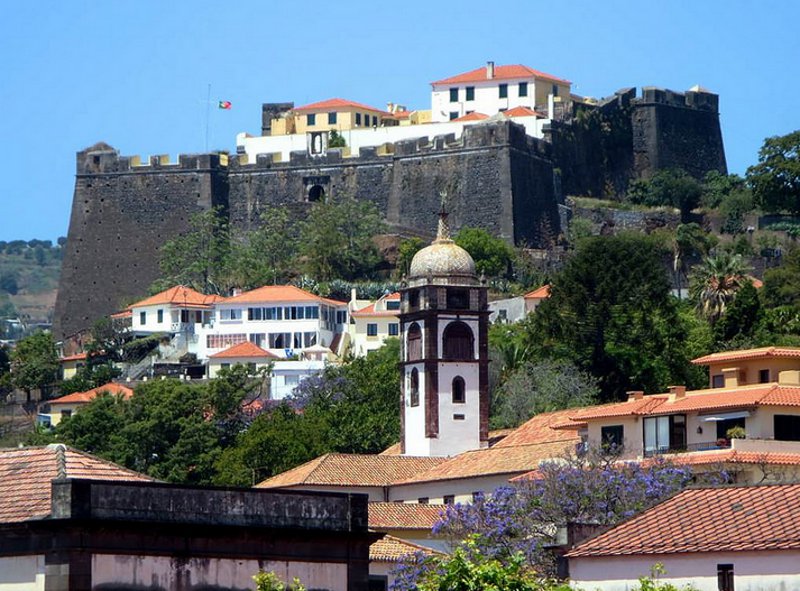 The tower of the Paróquia de São Pedro points at the early 17th century Fortaleza do Pico in Funchal, Madeira. by David Stanley

The Fortresses of Funchal

The most beautiful one is the yellow São Tiago, guarding the coast, but the most well-fortified one is the Pico Fortress. It also offers the best views over the city! São Lourenço is a fortified palace, rather and a museum, while the Molhe Fort has been integrated into the cargo port area. It has blended in so well, one could barely recognize it’s actually a stronghold!

The detailed presentation of the fortresses by Escape Hunter, to learn about the history as well and to be able to prioritize – which one would fit into your itinerary and schedule. 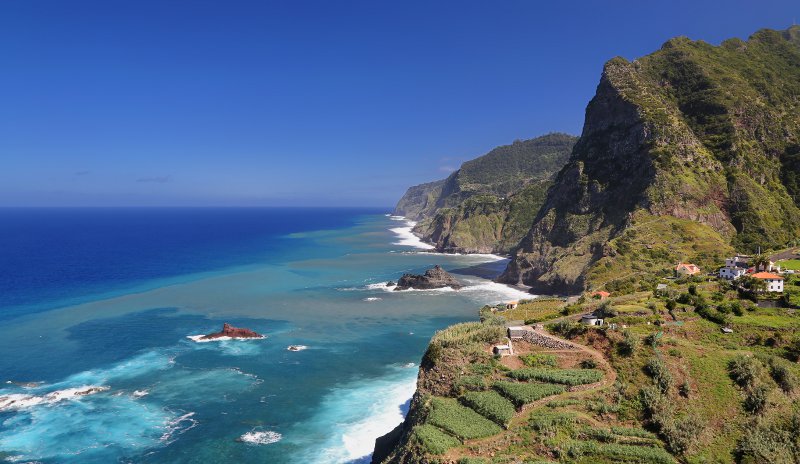 The Beach and the Ports

There’s a small yacht marina, some piers to walk out towards the Ocean and see the waves hitting the wave crushers. On the shore, there’s a white yacht (said to have belonged to The Beatles), boat which serves as a restaurant nowadays.

A strange aspect about the beach is that the sand is dark brown. There are lots of pebbles, rocks to hurt your feet and the waves frequently form vortexes. It’s not a good place to go for a swim, the water is full of cliffs and strong currents.

The cargo port area is where the biggest ships arrive, including huge cruise ships. You may want to check this area out, but proceed with caution – it’s easy to fall into the deep water and if you’re alone, it’s less likely someone will be able to help you immediately. 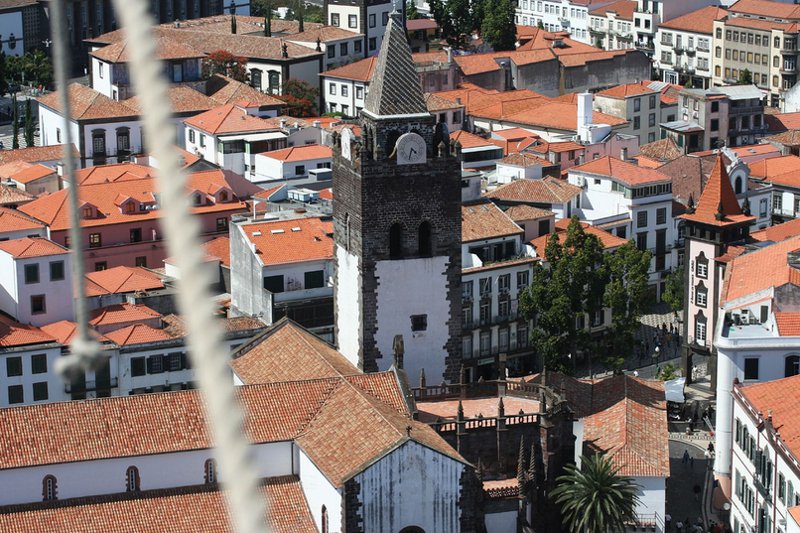 The Sé (the Cathedral)

It was built in  1514 and it’s an icon of the city. It’s clearly visible from the port area, it’s situated in the old centre amid scenic streets. It is a fine example of Portuguese colonial architecture. You mustn’t miss out on visiting it.

Besides, the entire area around the Cathedral is attractive enough to keep you wandering for hours. Lots of small shops, cafes even. 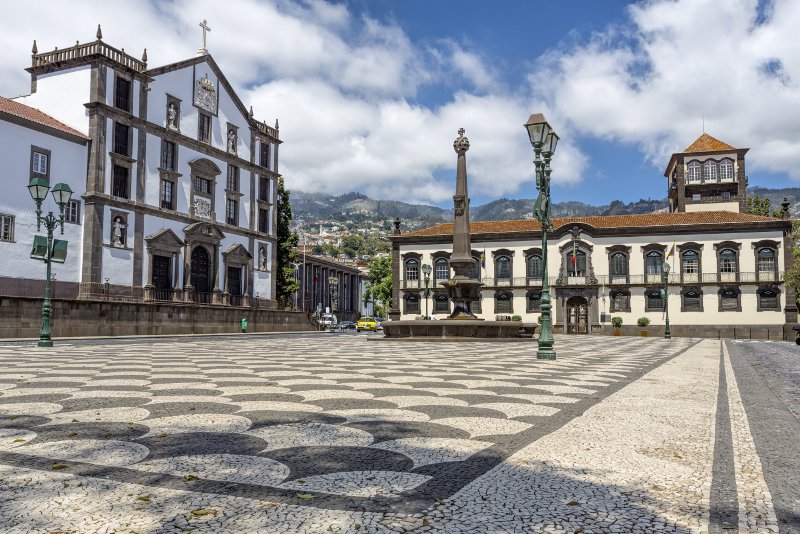 The Monte, the Monte Church

The area known as “the Monte” is the mountainous northern part of Funchal, much of which is above 1,000-1,200 m above sea level.

This is where you’ll find the Monte Church, where the last King of Hungary, Charles IV is buried. His coffin is inside the main hall and there’s a statue of the king in front of the entrance, just outside.

One way to get up there is by riding the aerial tramway (some might call is “cable car”). The trip is worth the price due to the beautiful views. Of course, make sure you take the cable car with the white cabin, which goes to the Monte. The one with the blue cabins operate on a different route. 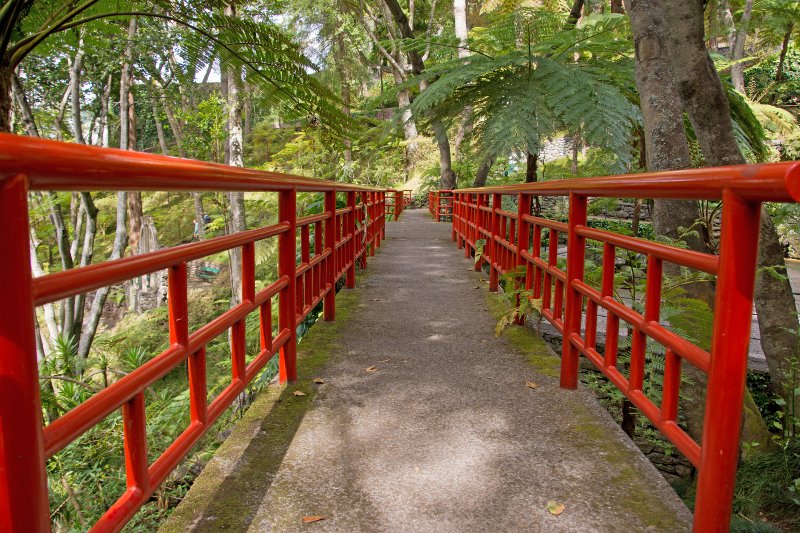 The Botanical Garden is especially beautiful, it proves why Madeira is often called “Portugal’s flower garden”. Apart from the green plants and colourful flowers, it also has an impressive collection of exotic parrots.

Again, it’s best if you combine the cable car trip with the Botanical Garden visit. See this site for complete information: how to get there, price etc. Besides the Escape Hunter travel blog, the site of Madeira Web also provides info on Funchal – contains information about when it’s best to visit and which events are worth attending. 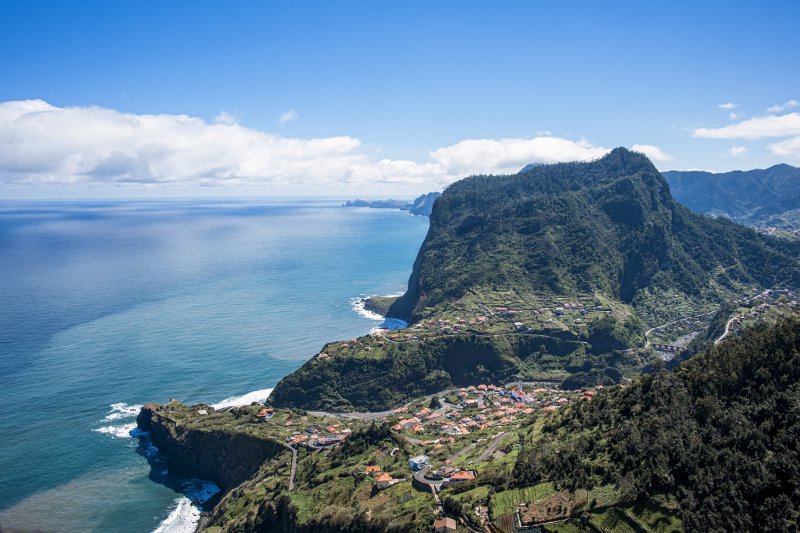