Heraklion (or Iraklion), is the capital and most populated city of the island of Crete. A tourism hub for those traveling to the Eastern Mediterranean vacation paradise, the city is blessed with a forgiving climate that offers relatively warm winters (mid-10s C) and hot (mid-high 20s, low 30s C) summers. As upbeat and fun as the city named for Hercules is, there’s a nagging problem of water supply since antiquity. Recent meetings by Mayor Vassilis Labrinos reflect the almost desperate need to solve the city’s ever-expanding freshwater situation. Here’s some news and ideas on the water crisis in Crete. 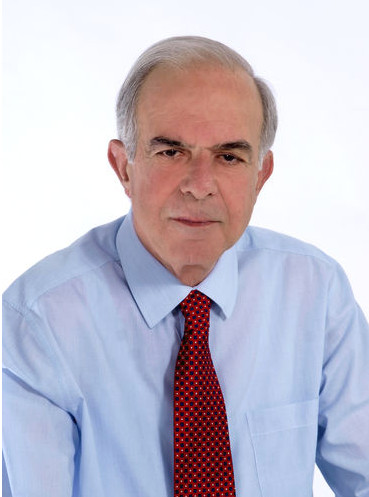 Water for Heraklion is an age-old problem. Over the centuries the arid climate and lack of adequate deep groundwater resources have forced city officials to transport freshwater from springs outside the city in order to serve the public. Romans, Arabs, Venetians, and the Ottoman conquerors of the city all had this problem, but not like today. Much of Heraklion’s water today comes from the Aposelemis reservoir, operated by OAK S.A. The lake also provides Hersonisos and Agios Nikolaos, as well as local communities in the greater area. But this year low rainfall is causing and a plethora of problems island wide, but especially for the city of almost 400,000. We just passed this reservoir the other day on our way to the high Lasithi Plateau, and the water table there seemed dreadfully low to me. The fact the water treatment facility associated with the dam is state-of-the-art does nothing to qualm fears inadequate rainfall will eventually reduce the plant’s influent. If rainfall numbers continue to fall owing to global temperature trends, the simple math reveals a huge problem. Data analysis for the period 1970–2100 has revealed an overall decreasing precipitation trend for Crete which, combined with a temperature rise, leads to substantial reduction of water availability (Tsanis et al. (2011)). .

Crete’s magnificent agriculture is wholly dependent on snow runoff from the high mountains, and from aquifers around agricultural areas, but this year there was far too little snow. What plagues farmers who must irrigate Crete’s fertile soil, water quality and volume, it threatens bigger city populations with rationing or worse. For those of us who live in the city, the water distribution problems are well known. If you ever heard the saying “don’t drink the water” – you don’t need to visit Mexico City to experience what bad piping systems and insufficient treatment taste like. Heraklion citizens and visitors get their drinking water through the various bottling companies. But bottled water can only be considered a stopgap solution for a potentially catastrophic situation. What if the island’s water resources are further stressed? What if the farms and vineyards are forced to irrigate more from the same springs that supply cities?

Perhaps the best solution for Heraklion and other Crete cities is desalination along the same lines as a Hydrominoan S.A desalination unit for potable water from a few years ago. At the time the only desalination plant on Crete, this unit was installed within the industrial area of Heraklion. Also, Greece’s SYCHEM put a public desalination plant outside Heraklion near the Almyros River back in 2014, but since then there has been little in the news about future desalination projects. It seems to me it is incumbent on the mayor of Heraklion, other city officials, and regional decisionmakers to start solving these problems rather than patching up. Companies like EMVIS Water Management, SYCHEM, and other solution providers to remedy the situation. But the solution will require more than simply developing the brackish spring water in coastal aquifers, as was the case in the Almyros River plant (Research). 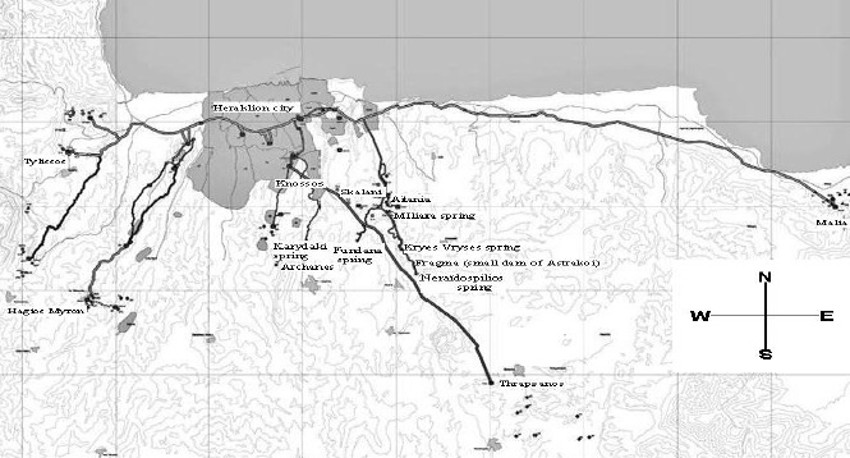 Finally, in Israel, the world’s largest and cheapest reverse-osmosis desalination plant is up and running, and providing 20% of all the water consumed in the country. The plant produces almost six times the maximum output of the Aposelemis reservoir water treatment facility, and at a cost that is a fraction of that of traditional desalination plants. This MIT article tells of Israel pumping almost half of the country’s freshwater out of similar desalination facilities as of two years ago. As a former engineer, environmental lab technician, and water treatment plant operator, it seems logical to me for Heraklion officials to start considering these options now. Megascale desalination, especially with solar and wind power options, can alleviate all the water problems of places like Heraklion. Paying the extra price seems the only obstacle besides ignorance. Even Mexico has turned to cutting-edge desalination to water down their problem.

What If the Secrets of Keftiu Could Rescue Humanity’s Future?
Odd Christmas Traditions Around the World
The Connectedness of Beauty: A Secret of Crete Few People Know
Visit Greece – The Nation That Put the Elderly Last In A Crisis
Previous: Rethymno Named “European City of Wine” by RECEVIN
Next: Fosun International Unveils China’s first Atlantis Resort in Sanya