How Hotels Are Using Social Networks for More Bookings

If in 2011 media analysts were skeptical regarding how effective the use of social media is to boost hotel bookings, in 2013 the question is no longer if hotels should make use of channels like Facebook, Google+, Pinterest and others, but how. Thousands of hotels around the world have active social media profiles, where they do more than building customer satisfaction by identifying customer problems, and answering to their questions and concerns. These hotels actively sell rooms, through special offers and promotions, offer giveaways and prizes, and see tangible ROI.

Of course, there are many hotels that don’t experience the same success: this is not because users don’t book rooms on social media, it is because those hotels don’t know how to effectively employ social media to boost bookings. Most of them fail because they believe that building a social media presence is pretty much like building a website: if you build it, they will come. They treat social media just like a website too, only publishing sales pitches and nothing else much to appeal to vacationers. Obviously, this strategy would work if there was only one hotel on the planet. But to keep ahead of the competition, hotels will need to step up their game.

This is not the first time the hotel experienced success with its Facebook page. Brittney Strickland, social media manager for the hotel, told us that the hotel also tried to leverage its Winter package by offering Facebook fans who booked through the hotel’s “book now” tab an extra 5% off. The company kept track of the bookings through promo codes and a dedicated 800 number. Facebook was not the only platform employed to boost sales in the Winter: the same strategy was employed on Twitter, both campaigns resulting in numerous bookings.

“We will soon be working on a entire package giveaway for a lucky guest,” Strickland told us. “This is all an effort to keep our social media efforts fresh and new to keep our fans and attract new ones. We have also seen a huge increase of traffic to our website from Pinterest.”

The Lodge at Chaa Creek

The Lodge at Chaa Creek, an eco resort in Belize, is no stranger of social media strategies either. On its Facebook page, the hotel engages the community with diverse updates, covering all possible sides of life in Belize. From local cuisine, to cave tubing; from sharing the birth of a pony, to cocktail recipes; then finally down to special offers at the resort, The Lodge at Chaa Creek distinguishes itself as a genuine source of information for travelers, more than a purveyor of accommodation in the area. The strategy is put together by the hotel’s online marketing manager, Larry Waight, whose marketing work – spanning beyond social media, to SEO, PPC and other strategies – has been recognized by David Meerman Scott.

There’s no secret recipe in The Lodge at Chaa Creek’s approach. The strategy is simple: become the resource, create trust, and vacationers will book with you. The difficult part is to show consistency in following this strategy. It may not cost a dime to create a Facebook page, but if you don’t invest time in building the community around it, and keeping this community engaged with interesting content, then you are just wasting potential.

Grand Traverse Resort & Spa has been championing social media engagement since 2011, despite the skeptics. Rather than employing flash sales, the resort has put the effort into creating content for all devices. Since June 2012, the resort launched Barefoot TV, an extension of their annual Barefoot magazine, to showcase the beauty of the resort and the region’s active experiences, as well as the softer, finer things like Spa services, wine-tastings and fine dining.

The magazine and YouTube channel are featured on Grand Traverse Resort & Spa’s Facebook page, occupying the most important spots among the tabs, right after photos. Luke Mason, the hotel’s marketing manager, noted in a press release from last year, that:

“Though social media marketing can be a matter of trial and error, make no mistake, employing it is a necessary tool for growing business today.”

You may think that only hotels which have a powerful community, or thousands of likes, are the only ones that can employ social media successfully for bookings. This is not entirely true. Coronado’s best kept secret venue, El Cordova Hotel, is no longer a secret for wedding planners, and this also due to a simple Facebook strategy that started no longer than a month ago: Junvi Ola, of Hospitality Content Studio, who manages the hotel’s Facebook presence, published 25 wedding photos on the hotel’s photo wall. 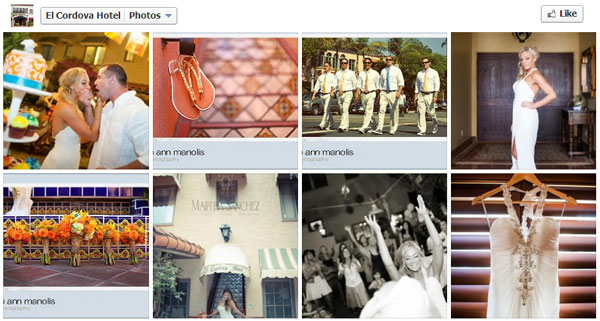 The purpose was to drive more wedding business, and according to Ola, the strategy worked almost instantly:

“By the following week, I got a call from our hotel sales manager, who said she had just received three signed contracts from brides who had been searching for a wedding venue and who directly attributed our Facebook album for leading them to call us. I never expected to receive such an immediate response from our modest Facebook following (618 followers). As a content marketer, I know that photos can truly tell a property’s story. But this is the first time that we’ve seen an immediate ROI from our efforts.”

All these real-life examples show just how hotels engage on social media to attract guests. Of course, there are countless other strategies that could generate ROI – the secret is learning what works best for your hotel, and then think outside the box.

Can Airbnb Continue to Expand as Before?
Hopper Taps Into Hostaway Client Base in Lastest Strategy Move
AI-Powered Pathfndr Announces a Slew of New Features
“Wheel the World” Hurdles Travel Barriers for Travelers Using Tech
Previous: Starwood Hotels Moves Headquarters, Continues Expansion
Next: Britain Travelers Hit the BRICS: What to Expect Next