Yesterday, year-round resort “Rosa Khutor” in  Sochi, Russia set a world record for the number of skiers in bathing suits skiing downhill at the BoogelWoogel Festival. Over one thousand bikini clad skiers from age 16 to 70 descended the slopes there, topping a record set in Siberia. 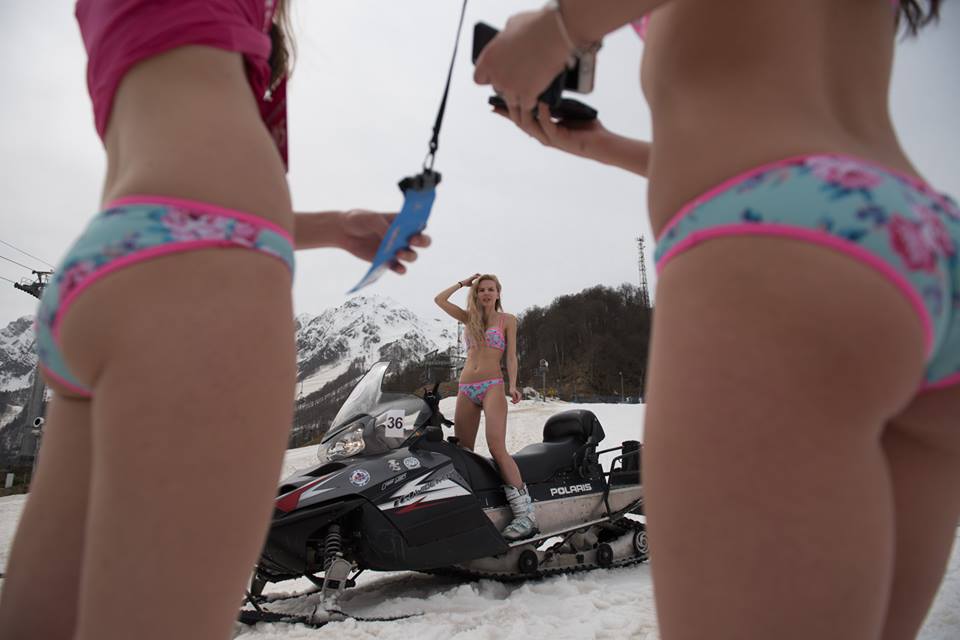 According to the news, the record set at “Rosa Khutor”by BoogelWoogel doubles the one set in Siberia recently, and tops the current Guinness Book one set at Sheregesh resort in the Kemerovo region. According to the organizers, the event was participated in by tourists from Siberia, Moscow, St. Petersburg, Germany, Latvia, Belarus, the US, and Switzerland. The video below is a compilation from GRELKA FEST 2015, at the former record holding resort Sheregesh, and the events at Rosa Khotur.

The organizers set local ski instructors on the task of monitoring the massive wave of beach wear clad downhillers. “Rosa Khotur”, a resort in Krasnaya Polyana, made famous by the 2014 Sochi Olympics. The resort is designed to accept up to 10.5 thousand visitors daily.

The BoogelWoogel Festival set over 10,000 “Rosa Khotur” festival goers on a mission to beat a record, and a party of gigantic proportions too. The festival created some 10 venues and put on 13 hours of live music to entertain the winter to summer transformationists attending.