Several noted flights having already arrived this week were an Alitalia flight en-route from Frankfurt with 200 people passengers, and three Korean Air jumbo jets that delivered some 800 F1 fans and Formula 1 racers from the Japanese F1 Grand Prix in Nagoya.

Russian news agency ITAR Tass reported Russian racer Daniil Kvyat and France’s Jean-Eric Vergne, along with Germany’s Nico Rosberg arrived at the airport on Tuesday. The most publicized follow on event for Sochi since the Winter Olympics there, the Russian Gran Prix will be the first ever in that country. Back in December of 2013 the International Automobile Federation (FIA) announced the Grand Prix in Russia’s Sochi was scheduled for October 12 as the 16th. 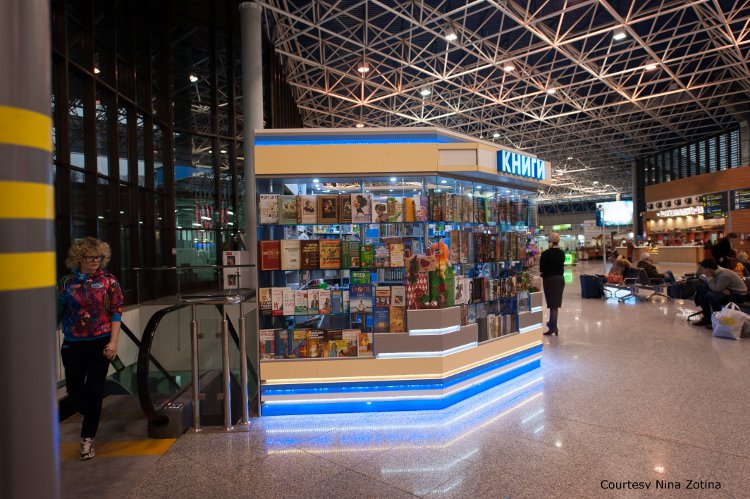 Inside Sochi Airport before the Winter Olympics – by Nina Zotina

Here’s the pre-race rundown for those who’ve not studied the Sochi event. The track is the Sochi Autodrom, which was designed by Hermann Tilke. The race is scheduled to start at noon UK time (3 local) this Sunday, with 53 laps determining the winner. The Russian Grand Prix circuit is actually the third longest of the season at 5.853 kilometers. The average lap speed for the race should be right around 215 kilometers per hour.

As for the odds on the winner, Lewis Hamilton is favourite for the first Russian Grand Prix. For more information readers should visit the official website of the Russia Formula 1 Grand Prix here, of the Sochi Autodrom site here.

Freshwater “Miracles” of Crete Island
Crete is Becoming a Top Winter Refuge and Remote Working Destination
The Keftiu: Were They Absorbed and Erased from History?
Live Like Great Odysseus: Book a Week at Santa Thekla Peninsula
Previous: Tour companies still slow on travel tech uptake
Next: Finnair adds Croatia and other 2015 destinations