Last week we had the pleasure of interviewing one of Crete island’s most proactive officials, Rethymno Vice-Mayor for Tourism & Culture, Pepi Birliraki. With the Summer season right around the corner, Crete’s cities big and small are a-buzz in preparation for what experts say will be a tsunami of tourists. Our own efforts in reporting Crete’s unique tourism product have fortunately led us to intersect the best the island has to offer, and Rethymno is a perfect example. Our discussion touched on such topics as sustainability, alternative tourism, team building, and decisionmaking by expert-committee. Here are some highlights and thoughts about Rethymno, Crete and a proactive approach to next level tourism products.

By way of background, Crete is an island paradise which is a world within a kind of walled garden. The people here are a large family, as it were. The places, culture, and atmosphere of the island are truly unique. And the central Crete coastal city of Rethymno is an integral part of what could be described as a region that “bonds” East and West Crete together. At least this geographically valid description of the central stretch of land of Rethymno Prefecture, in between Rethymno on the Cretan Sea, to Agia Galini on the Libyan Sea. As for the city, it was originally built during the Minoan civilization (Rhithymna and Arsinoe), an important maritime and cultural center that eventually minted its own coinage. The crest of the town today bears witness to this time in the symbol of two dolphins in a circle, which was depicted on one of these ancient artifacts. But my purpose here is not to discuss the age-old history and culture of Rethymno. I only add these points of context so that the reader can more easily understand the special character of a place with so many extraordinary towns and villages. In my talk with the city’s guru of tourism and culture, I had many questions revolving around “best practices” for Crete towns branding and marketing themselves properly. But I was also interested to learn about future potential, and how Crete overall might learn from the Rethymno project.

I met with “Pepi” (as everybody calls her) in the offices of tourism of the city, inside a wonderful old building overlooking the Venetian-era citadel, the Fortezza of Rethymno, which is one of the best-preserved castles in Crete. I must say, the surroundings are the perfect place to discuss such matters. I even quipped with Pepi’s associate, the super knowledgeable Vagelis Archontakis, how I’d never get any work done with such a magnificent view. Rethymno is that beautiful, but pictures do not really do the town justice. When Pepi arrived from other meetings, I set right in asking her about the successful initiatives the city has undertaken in order to present the overall tourism product. We discussed her early days (2007 and onward) trying to organize and to brand the city more effectively. Looking back doing my own research after our talk, I found it fascinating that this Crete town was virtually invisible online back in 2006-2007. I was assured, in a phone conversation with Vagelis later on, that her skills and efforts had been instrumental in not only lifting the brand Rethymno, but in helping create an overall better tourism offering for travelers. Interestingly, the Vice-Mayor would not take the huge credit for Rethymno’s successes alone. As it turns out, a committee made up of Rethymno citizens from all walks was created after Pepi took office, and it is this committee that inputs recommendations for change. And if you look at Rethymno compared to some other Crete cities, you’ll be able to differentiate yourself. Signs of a concerted effort exist in everything from the literature Vagelis and his team create and distribute, to the team building and marketing initiatives Pepi and her committee advises the city Mayor, Giorgos Marinakis on.

My report here is only intended as a “heads up” for showing how Rethymno presents a perfect template for other municipalities. This is something I have come to firmly believe in, for Crete overall has more potential for optimized and sustainable tourism. For the reader, the best “take-away” I can offer from Pepi Birliraki’s efforts is a philosophy she made mention of when we discussed rebranding the highly successful Cretan Diet Festival coming up this Summer. Pepi related:

“When we first started the festival was a few hours long event where local producers presented their wares. Now the event has grown into a multi-day showcase of unique Cretan products.” 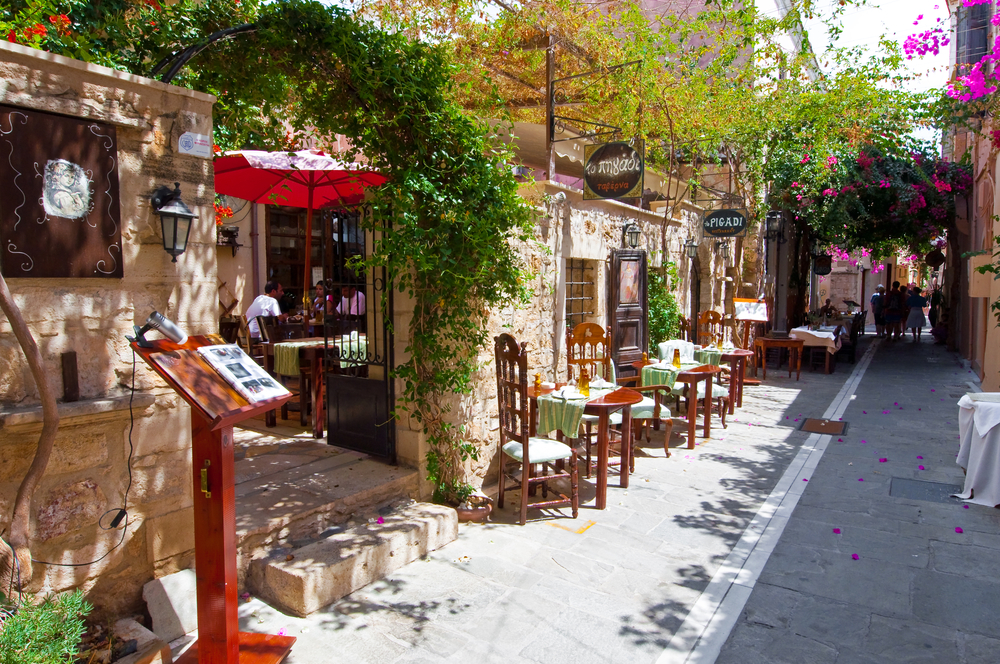 I’ll be honest here, what impressed me most about Pepi is her genuine passion for this region’s culture, history, and reputation. In fact, I made mention of the “sparkle” in her eyes when she began discussing Minoan times and how the province served that wondrous civilization. This brings me to the “Rethymno example” I think other Crete municipalities and even businesses need to emulate. The point for any tourism official reading should be to improve on every past theme, something both Pepi and Vagelis iterated to me at length. You see, both these town officials picked my brain as much as I did theirs. Searching for a better brand, correct SEO practices, and as Pepi put it; “We’re open to any proposal that helps everybody.” Cooperation, forward-thinking, and the love of Crete island, indispensable for creating the perfect tourism product on the perfect island.

Stay tuned for reports coming up in various media, and a conference on these subjects in Heraklion next month.