The former Soviet Republics have a rather ambiguous image for many people all over the world. The communist aura seems to be there with them forever. Is that a good or a bad thing? Well, it is hard to say. There are travellers who visit museums and monuments dedicated or from that period driven by curiosity, while others want to see the buildings dating back to those times. However, few people try to discover all the former Soviet Republics or countries which were under Russia’s influence during the communism. 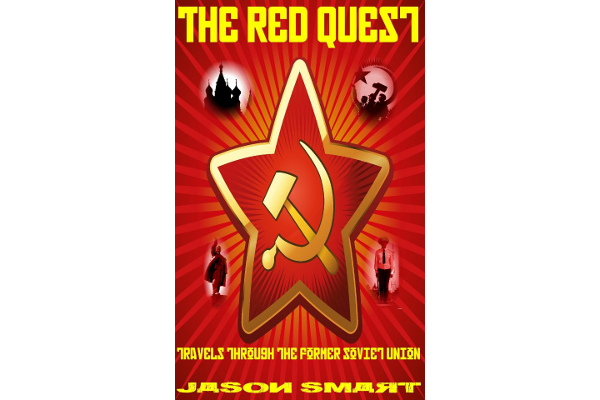 Jason Smart is an Englishman who wanted to visit all of these countries and he describes all his experiences in his book, “The Red Quest: Travels through 22 former Soviet Republics.” I must say that the book is an interesting read. Each chapter is dedicated to a country and the places visited there. The reader finds first of all about the stereotypes and negative things that country is known for, as presented in discussions the main character has with his friends and wife in his attempt to attract them in his travels. But, as you’ll see from the book, they all manage to have worthwhile experiences in the countries they visited.

As I mentioned, each chapter presents a different country. You’ll find out exactly what the main characters did in a place or another. You’ll get information on some of the monuments and famous museums they’ve visited, along with their opinions. Some please the travellers, while others are boring for some of them, but interesting for their companions (like the Peasant Museum in Bucharest which the main character finds rather boring, whereas Michael ends up spending over an hour visiting it). You’ll also find out where they went to eat and some of the conversations they had with the locals.

Each chapter also blends this information on places they’ve visited with historical data from the socialist regime, ending with the moment this period ended. You’ll find out whether this end was a peaceful one, or if it involved a revolution.

The first country visited is Latvia – during the winter. Not an ideal time – as even one local tells the travellers. After Latvia, it is time for Estonia, Slovakia, Hungary, Russia, Romania, Moldova, Kazakhstan and so on, until all the 22 countries are covered.

Each chapter begins with an interesting fact regarding the country presented. The final destination is Checkpoint Charlie, in Berlin. It is a nice closing point, if you ask me, an inspired one!

As I said it is an interesting book, one which has the huge merit of presenting these countries beyond the worst stereotypes like muggers, sex offenders, drugs and so on. Even if the main characters had some preconceived ideas of their own about these places, they manage to keep an open mind and end up having an enjoyable time during their short trips.

Of course that there is more to each country than a socialist stamp, but it is also true that this is an element they will always preserve as part of their heritage. While helping people see beyond bad rumours and images showed online or in some TV news and shows, Jason Smart manages to offer a very nice read. You’ll find this book very accessible, easy to read as it has many dialogues and the details don’t get to the boring point, but keep things interesting.

On the eve of Greece reopening to tourists, COVID-19 cases have spiked to 3,421 in a 24 hour period. Is Athens moving too fast?