Putorana Plateau Calls from the Wilds of Siberia

Our distant ancestors must have had their breath taken away by the sights and sensations, the sheer awe the wilderness revealed to them. No matter where we discover still pristine environs today, that same awe resonates in person and in pictures. So it is, the view of a flat-topped mountain reaching toward the Arctic horizon in the Krasnoyarsk region and of Putorana Plateau grips our imagination.

Imagine mile after mile of untouched majesty, the kind American and European pioneers wandered into centuries ago. Putorana is like that, a Russian wonder so iconic as to be purely dignified, a wild place most people cannot come to grips with its existence in a modern world. The Putorana Plateau is an uninhabited wilderness roughly the size of the state of Nevada in the US. Sitting to the northwest of the Central Siberian Plateau, the Kureyka River, and where the Lower Tunguska tributaries flow from, this is a World Heritage place like no other. 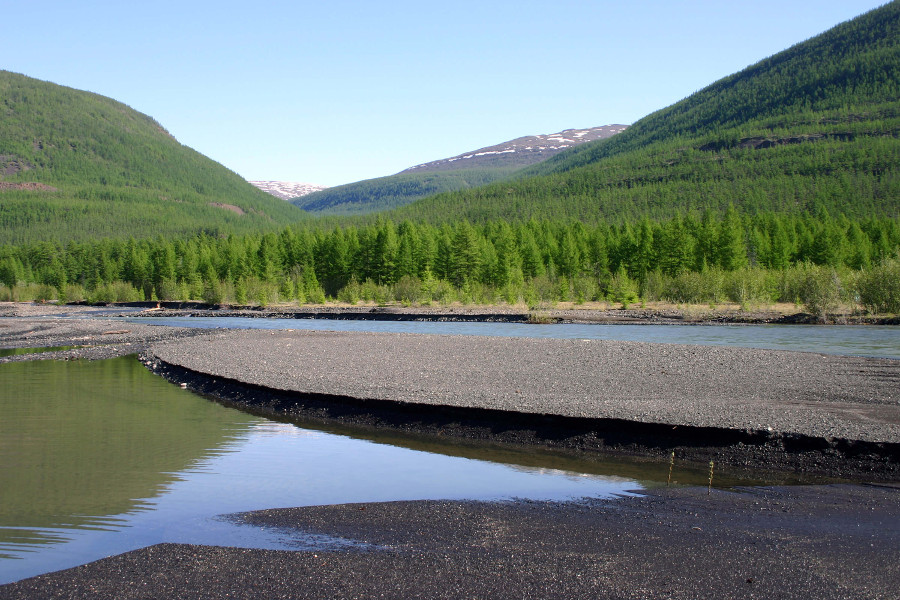 © UNESCO/A. Romanov, a Larch forest on the plateau

From beneath the Talnikovy Waterfall onlookers catch a glimpse of what a primeval paradise Earth must have once been. In this land of twenty-five thousand lakes are stored trillions of gallons of our planet’s purest freshwater. Eurasia’s tallest cataract at 482 meters high, Talnikovy Waterfall (Тальниковый водопад) is a picture postcard showpiece for the Putoransky State Nature Reserve. Interestingly, the brook that feeds the waterfall is frozen solid much of the time, so even the existence of the falls is sometimes called to question. Mysterious, a land of echoing rum0r and legend, Putorana shimmers in contrast to our often static world of hubbub. 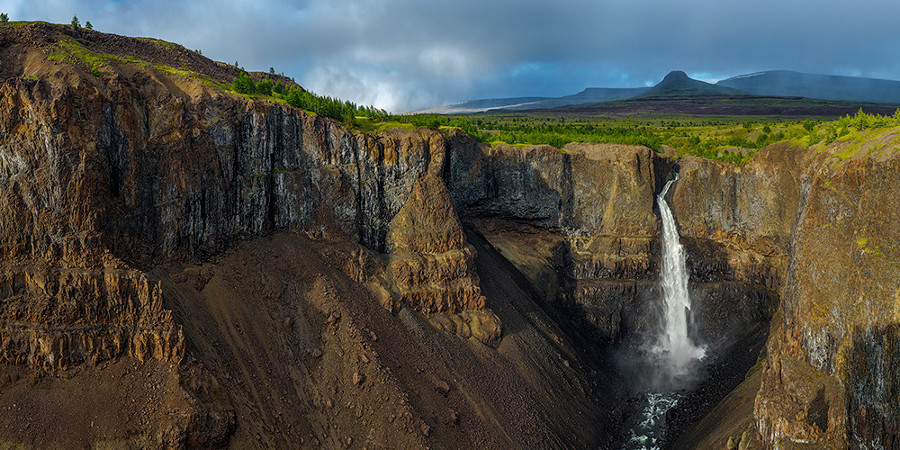 With a total area of 1,887,251 hectares, this region offers naturalists and geographers a wonderful mix of ecology. Here are Subarctic and Arctic ecosystems of the isolated range possessing forests, tundra, and even arctic deserts in a remoteness and quite beyond imagination. Protected by the strictest of the Russian Federation’s laws, human influence here is almost nonexistent. The flora of the plateau is unbelievable and consists of some 400 plant species, including several rare and endemic forms. Fauna of the region includes 34 mammal species.

One of the most interesting is one of the rarest known hoofed animals – the Putorana bighorn sheep (Ovis nivicola borealis). Reindeer and rare birds migrate here, to season and water in exotic fjord-like lakes, some reaching 400 meters (1,300 ft) in depth. The lakes here are magnificent and unique for their extreme depth. “Putorana” comes from the native language of the Evenks, and means “the country of lakes with steep banks”. One example of such an inland sea is Lake Lama (below), with a depth of from 300 to 600 meters. 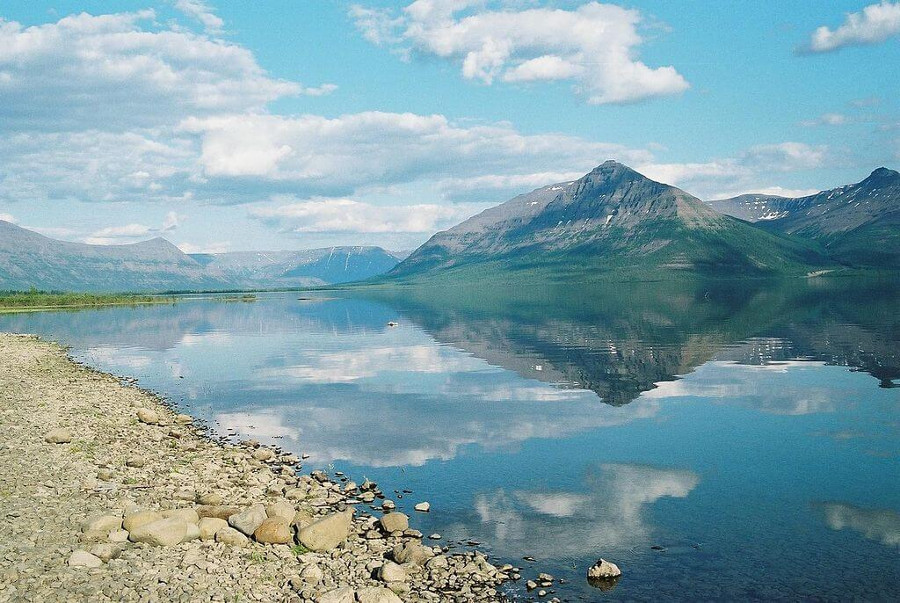 Another important Putorana feature, Lake Vivi is famous as the geographical center of Russia and spans an area of about 89 sq miles. These majestic lakes of Putorana were created 250 million years ago by a process known as plume volcanism. In this process a massive body of magma surfaced from deep inside Earth’s crust, erupting through crevices in solid basalt 10,000 feet thick. Once the magma cooled, the crevices eventually filled with water, forming long rivers and lakes we see today. The region is a geologist’s dream in some respects, including the fact the plateau has one of the world’s largest reserves of Nickel.

Maybe the best way to discover this remote region is through the most basic human activity on the plateau. The life of hunter Oleg Timofejevich Odnolko, who spends a lot of time in Taiga hunting there. This harsh landscape, austere in its beauty and its dangers, calls to that deep sense of wonder early humans must have felt. Though I shall probably never venture there now, that part of me tied to this wondrous Earth longs to discover the undiscovered.

For more information on this part of Russia the best resources are UNESCO, the Natural Heritage Fund, and of course the Krasnoyarsk region website.

Freshwater “Miracles” of Crete Island
Crete is Becoming a Top Winter Refuge and Remote Working Destination
The Keftiu: Were They Absorbed and Erased from History?
Live Like Great Odysseus: Book a Week at Santa Thekla Peninsula
Previous: Georgia and Ukraine Closer to Visa-free Travel to the EU
Next: Valamar Riviera to Open Two Luxury Resorts in Rabac