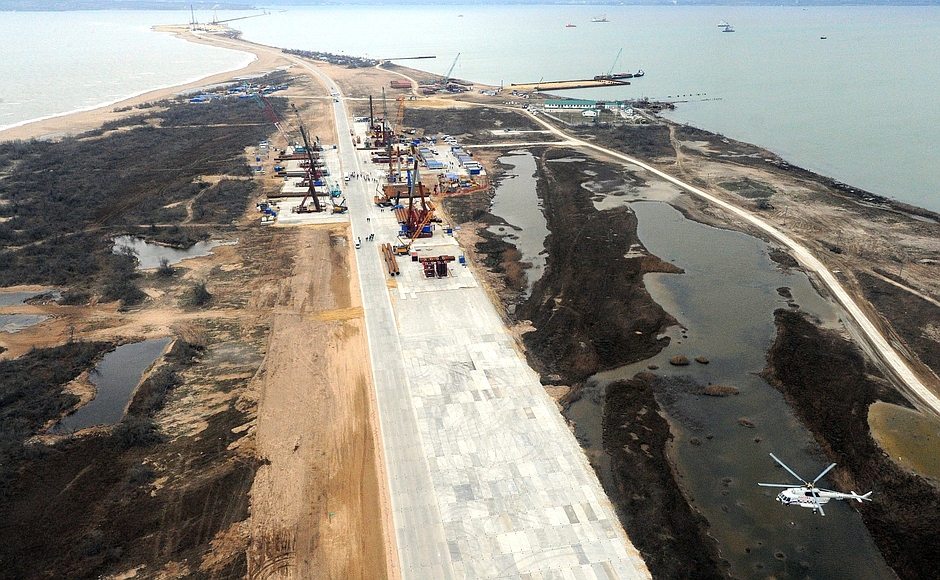 President Putin met with officials, construction workers, and did a fly by tour of the work already underway via the Presidential helicopter. As images from the Kremlin show, the construction of the bridge proceeds on both sides of Tuzla Island, the midway point in between mainland Russia and the Crimea Peninsula.

For those unfamiliar, the Kerch Strait Bridge project will unite the mainland with Crimea by way of a road-rail bridge between the Kerch Peninsula of Crimea and the Taman Peninsula of Krasnodar Krai. Back in 2015 a construction contract was awarded to Arkady Rotenberg’s SGM Group for completing the bridge by 2019. Once the last span has been set, Russians on both sides of the strait will benefit economically, and socially. Resorts in Yalta and elsewhere will be far more accessible once the four lanes and railroad access are established. Economists estimate the connector will boost Crimea business in the tens of billions in the mid term. 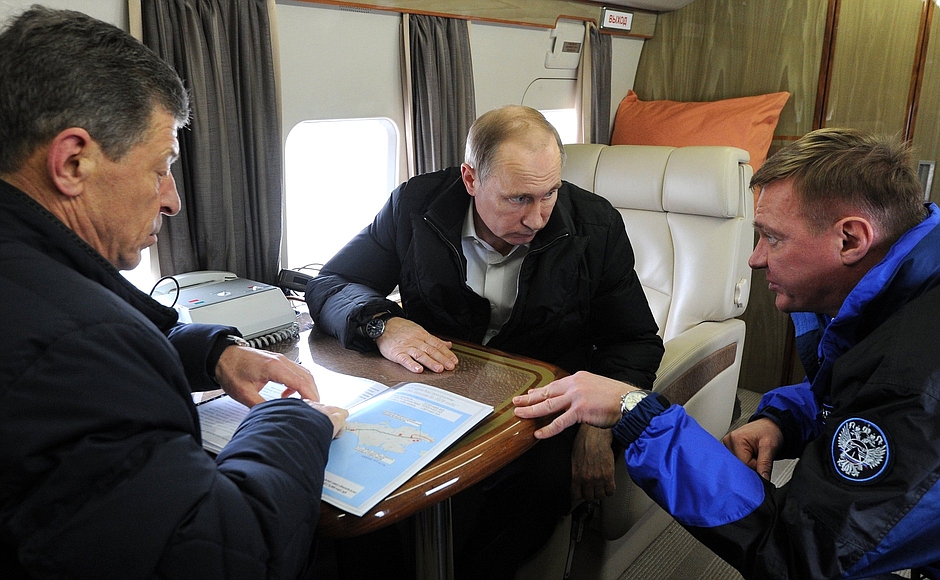 The main span over the Kerch Strait will be a steel arch 35 meters above the sea lane below to allow for huge ships to pass beneath. The three segments of the bridge are already under construction, and are as follows: from the Taman peninsula to Tuzla Spit is 7 km; across Tuzla is 6.5 km; and from Tuzla to Crimea is 5.5 km (19 km total). The estimated cost of the new bridge is reportedly in between between $1.5 and $3 billion dollars. Speaking at a government meeting on Crimea’s Sevastopol’s socio-economic development, Mr. Putin called the construction of the bridge an “historic mission”, one destined to finally unite the people, resorts, and industry. Putin also called for setting up a council to oversee the project, based on the same knowledge gleaned from the 2014 Olympic Games in Sochi.

During World War II Hitler’s forces actually constructed a temporary bridge across the strait so that Nazi forces could retreat from the Northern Caucasus. The Soviets later took charge of the bridge, and it was finally destroyed by ice flows because the bridge was not built to withstand such tests.