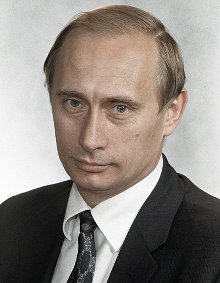 According to a report from The Moscow Times, North Caucasus Resorts has had to appoint an interim CEO due to the previous boss having to resign on account of health reasons. The project set to develop tourism in the region has had some conflicts of late.

The report tells of Alexander Sadikov assuming the role of SEO as Alexander Nevsky leaves office. According to the communications office of the resort, the replacement has nothing to do with controversy surrounding the company’s President and chairman, Akhmed Bilalov, who reportedly is on the wrong end of President Vladimir Putin’s (at left) ire. Putin had dismissed Bilalov from any association with the Sochi Olympics for delays and cost overruns at an Olympic ski jump site in Sochi.

Only last month the North Caucasus Resorts company was in the news having greatly expanded the scope of their activities in the republics of the North Caucasus, Adygea, Dagestan, Kabardino-Balkaria, Karachaevo-Cherkessia and North Ossetia. The group is in the process of essentially “wowing” the world with new world-class ski resorts across the region and including; Ingushetia, the Krasnodar region and Stavropol as well. The group is also diversifying into seaside resort development as well.

The report below from France 24 speaks volumes for how important these projects are to the Russian Federation, as well as to how many problems the Federation is experiencing too.