Sarajevo Celebrates the Nights of Baščaršija

Every July, for the whole month, Sarajevo celebrates the Nights of Baščaršija, considered the largest summer cultural festival in Bosnia and Herzegovina. The open-air festival takes place in the heart of the city, opposite to the Town Hall, and on other locations through Sarajevo. 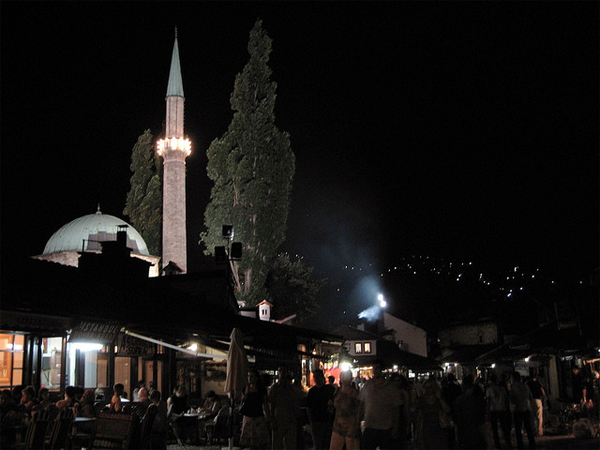 This is the best opportunity for people who visit Sarajevo in July to enjoy various aspects of the culture of Bosnia and Herzegovina. On several stages through the city you’ll get the chance to enjoy all kinds of performances, from classical music, to folk music, and modern beats, as well as theater, exhibitions, children programmes, and much more. All aspects of the nation’s artistic culture are will be represented.

The festival opens on July 1st with a performance by the Sarajevo philharmonic orchestra: “The Viennese Concert.” During the following days, till July 31, the finest local artists, as well as guest artists from other countries, will entertain a public thirsty of culture. The festival is free to attend, and is the main event of the summer. If you plan visiting Sarajevo in July, book your hotels now. Prices start at as low as €19.50 EUR, but may raise depending on hotel location, and rating.

Sarajevo breathes festival atmosphere during July, with more than 50 diverse festival events to suit every preference. The programme of the Baščaršija Nights 2011 hasn’t been released yet, but it will be made available on the official website of the event.