The lake at the base of the Tasman Glacier

A deadly earthquake has stunned the people of New Zealand leaving in its wake at least 65 dead and many more injured or in a state of upheaval. The 6.3 magnitude quake caused the city of Christchurch to shudder violently, and even dislodged a massive chunk of glacial ice. Unlike the last quake to hit the area 5 months ago, this one struck during business hours, consequently causing  far more damage by way of the human toll. 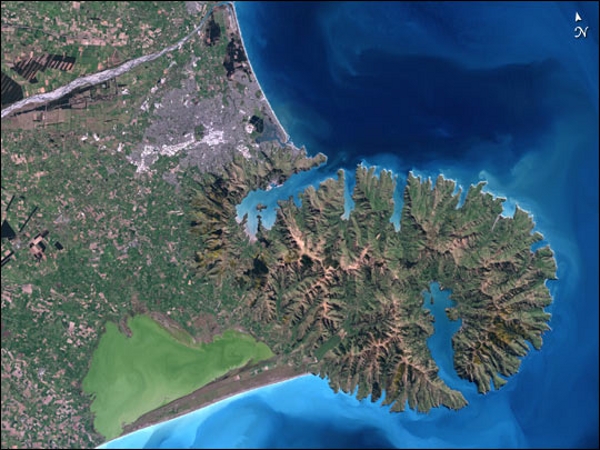 Rescue workers are digging through mountains of debris in search of survivors. This second quake severely damaged local buildings including the local cathedral according to the reports. New Zealand’s Prime Minister, John Key, had this to say:

“It’s just hard to describe, what was a vibrant city a few hours ago has been brought to its knees.”

Offers of aid are pouring in from countries around the world, as the government in New Zealand scurries to help those in need of assistance. Emergency crews ordered more evacuations once a state of emergency was declared. Meanwhile, some 30 million tons of ice sheared off of The Tasman Glacier, New Zealand’s biggest glacier after the quake hit Christchurch. In point of fact, this quake was actually part of the aftershock sequence of the September quake of magnitude 7.

We will follow these events as they happen and update our coverage appropriately. For all our friends in New Zealand, you are in our thoughts and prayers. 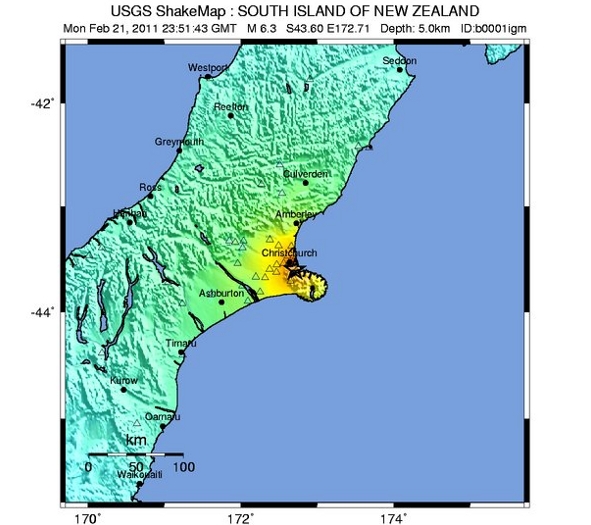 Emanating out from Christchurch, the ground shook violently - courtesy USGS

The USGS reports of the quake  suggest it was a fairly shallow one, one reason for increased ground shake effects possibly. As the groundshake map above suggests, the red to bright yellow coloring indicated severe movement which, as you can tell, reached far into the alpine areas above Christchurch. Travelers to the area are of course urged to delay their plans until the situation is stabilized there. 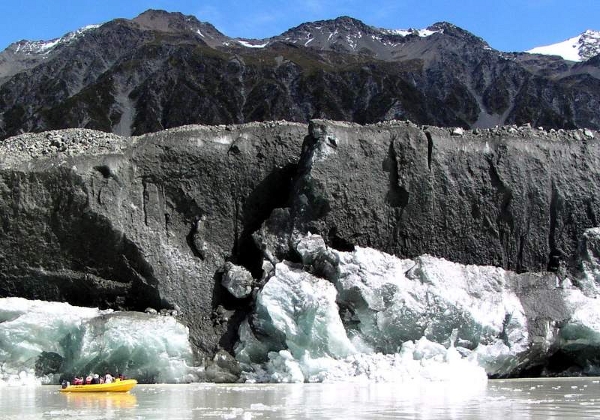 The lake at the base of the Tasman Glacier

27 Inspirational Travel Quotes to Fire Up Your 2022 Travel Bug
Omicron Surge Stops the New Year’s Eve Music in Greece
Odd Christmas Traditions Around the World
Eurogroup Will Release Next €767 Million Euro Tranche for Greece
Previous: Stay.com Lets Users Roll Their Own Travel
Next: TripAdvisor & Others at HotelWebsiteMarketing Conferences