Last month news of a massive Roman mosaic being unearthed in southern Turkey captured the imagination and interest of anyone interested in antiquity. Researchers unearthed what is the largest such mosaic in all Turkey, and one of the largest such decorative Roman artifacts in the world. The wonders of Turkey and antiquity make for a great Monday morning discovery. Look. 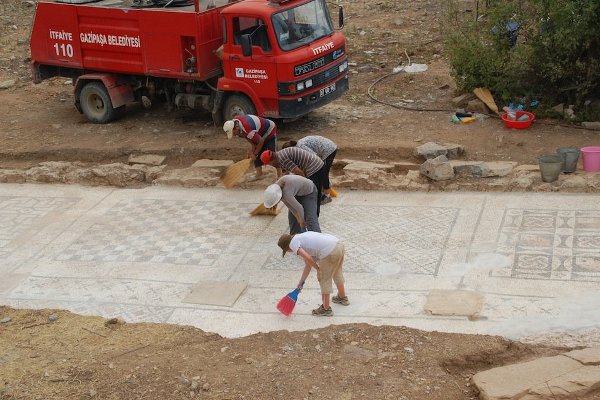 Professor Michael Hoff (see video below), a art history professor at the University of Nebraska-Lincoln, is the man in charge of the excavation. Meticulously hand laid, the 1,600 square foot work is not only a fine work of ancient art, but demonstrative of the influence and reach of the Romans. Discovered back in 2002 by Purdue University classics professor Nick Rauh, the massive mosaic is actually one of many in Turkey. However, none so far found has reached this scale.

Located in Antiochia ad Cragum, or Antiochetta, the work is situated in a fascinating historical context too. The city, thought to be the somewhat mysterious Sidyma. From the Bronze Age, even mentioned by Homer as an ally of Troy, Lycia is a wondrous study in what is NOT known about this region. Regardless of the true nature of the city where the mosaic is located, clearly the Romans of the time attached special import to the city.

The Byzantine period mosaic below from Xanthos is a wonderful example of “status” where this type of art is concerned. The city of Xanthos is mentioned throughout antiquity in association with Trojan heroes, conquerors, Alexander the Great, and even Marc Antony who is said to have had the city rebuilt after its destruction in the Roman civil wars. 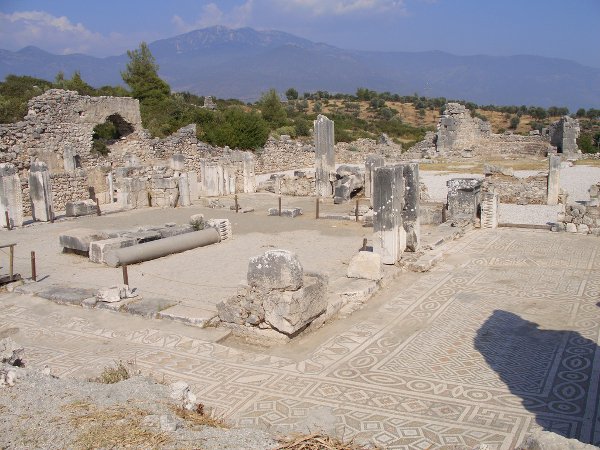 In later times the city became part of the kingdom of Lesser Armenia, somewhere around the 12th century, then in the 1300’s the famous Knights Hospitallers took the city, giving it the name Antiochia Parva. One of the most interesting regions for antiquity studies in the world, what was Lycian remains today in the form of many existing temples and ruins somehow unscathed by the march of time. Lycia is one place visitors will find history very up close, unique, and personal. 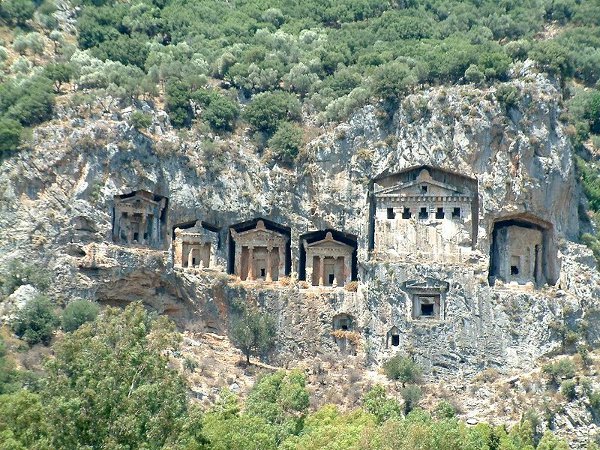 The mosaic uncovered at Antiochia ad Cragum was once part of a massive bath complex. Situated alongside a pool, is made up of geometrically situated large squares on a white background. Hoff and his team hope to continue their excavations and to ultimately build an enclosure over the mosaic, even opening the site to tourists.

The land that produced the hero Sarpedon, is now illuminated a bit more by the unearthing of another ancient marvel. For those of you interesting in learning more about the Antiochia ad Cragum Archaeological Research Project, please visit the University of Nebraska’s pages dedicated to the study here. Professor Hoff can also be contacted via this page, and students interested in working on the project can also apply.