It’s all so magical, a once upon a time mesmerizing scenery that opens a the gate to a time when Belorussian princes rode along the paths leading to Mir Castle to join their sweethearts at the ball… Yes, it’s still as beautiful as it was over six hundred years ago, when it was raised by Duke Ilinich (who actually completed in the early 16th century the construction that begun at the end of the 15th century). 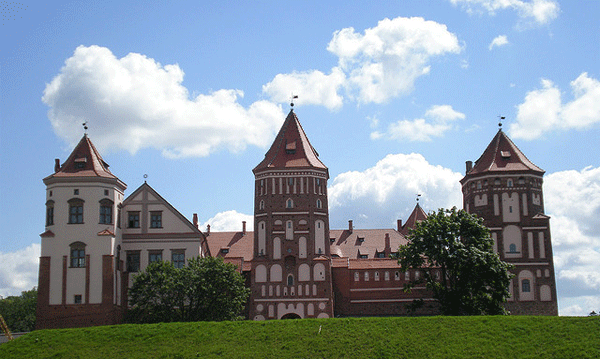 The Mirsky Castle Complex is a UNESCO World Heritage site, located in the town of Mir in the Karelichy District of the Hrodna voblast, not far from another World Heritage site, Nesvizh Castle. The castle is famous for its original Belorussian Gothic architecture, and for the numerous original furnishings still preserved inside. Even the tower-gate is preserved authentic since the time when the castle was built in 16th century. 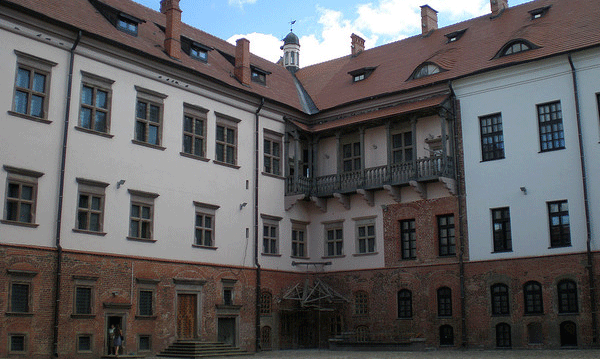 The castle’s architecture also reflects elements of other cultural influences aside Gothic: Renaissance and Baroque styles blend harmoniously to create an impressive edifice, a testimony in brick and mortar to the history of this beautiful region. 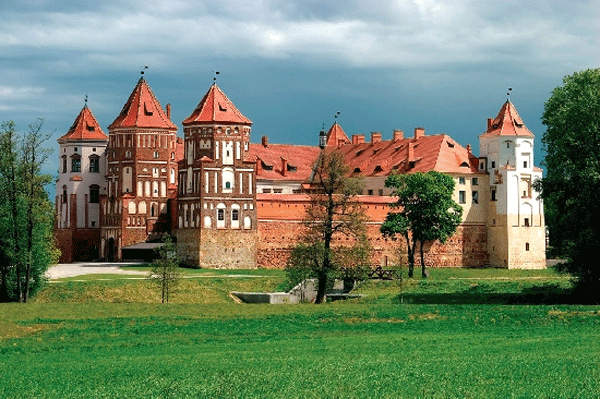 Every year, on May 31, the castle opens its gates to tourists from all over the world, with the already famous Mir Castle Festival, featuring region drama theater and folklore groups, knights tournaments and more.