Vigil on the eve of the Nativity according to the Flesh of Our Lord, God, and Savior Jesus Christ - Saint-Petersburg orthodox theological academy Christmas Eve in Russia

Vigil on the eve of the Nativity according to the Flesh of Our Lord, God, and Savior Jesus Christ - Saint-Petersburg orthodox theological academy 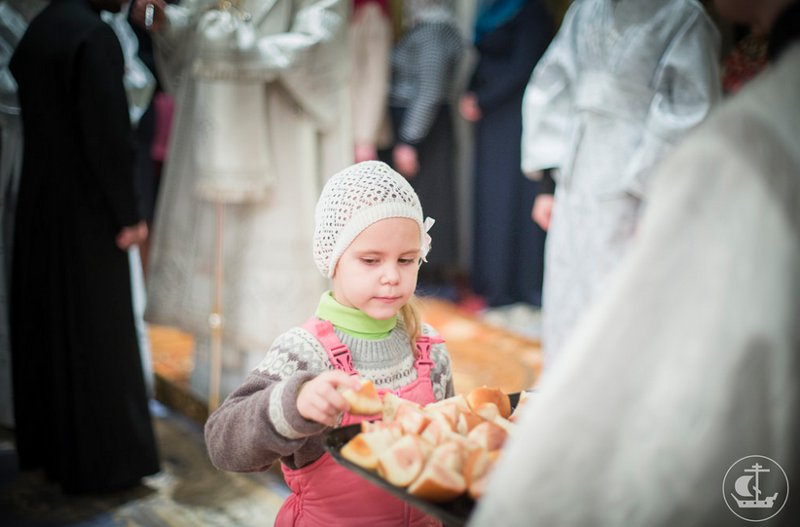 Vigil on the eve of the Nativity according to the Flesh of Our Lord, God, and Savior Jesus Christ – Saint-Petersburg orthodox theological academy

Across Russia today orthodox Christians are celebrating their Christmas with unique cheer. January 7th, the 40 days of Lent preceding having been observed, sees the day dawn on a national holiday a glitter with celebratory cheer. Here’s wishing a Merry Christmas to all Mother Russia, and a remembrance from my fellow Americans. 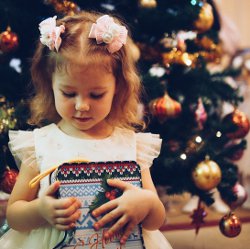 For angels from angels on Christmas by Oleg

Russias celebrate Christmas Day in much the same fashion as their contemporaries to the west. Families get together, exchange gifts, eat together, and then attend the evening Christmas liturgy, later visiting relatives and friends. The end of the Lent fast, a symbol of Jesus Christ’s birth to Russians too, signals the feast across the world’s largest country. The first star that appears on Christmas Eve, this signals time for Christmas dinner. The traditional meal is made up of ‘sochivo’ or ‘kutia’ a porridge made from wheat or rice with honey, poppy seeds, fruit, and chopped walnuts. Sometimes the kutia is eaten from a common bowl that symbolizes unity and oneness. Other popular Christmas Eve foods include; beetroot soup (borsch) or vegan potluck (solyanka) along with little vegetable pies.

Interestingly though, Christmas Eve for Russians signifies also the end of the old Slavic holiday of  Svyatki. That ancient ritual holiday saw young women looking imagery of their future husbands by the creative use of a mirror and candles. So the evoking of light, the foretelling of good tidings in Russia, it’s really as old as the land itself. 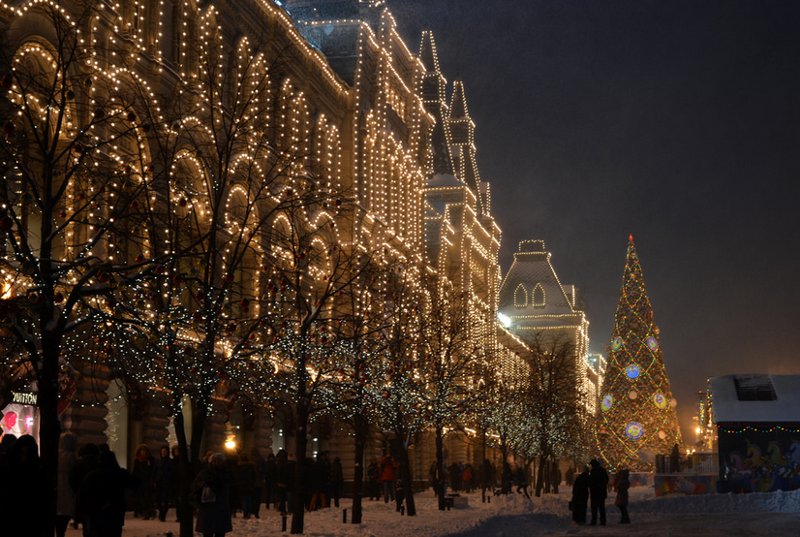 In Red Square by Danila Matveev on Christmas

A decorated tree, topped by a star that signifies baby Jesus, most homes in Russia don such gay apparel for the festivities of the season. Most people in outside Russia do not fully understand why Christmas there is celebrated in January, but the answer is fairly simple. Russia uses the old “Julian” calendar for religious holidays. Also, Russians celebrate Advent, which accounts for the 40 days of Lent from the 28th of November. So, Happy/Merry Christmas is ‘s rah-zh-dee-st-VOHM’ (C рождеством!) comes on January 7! 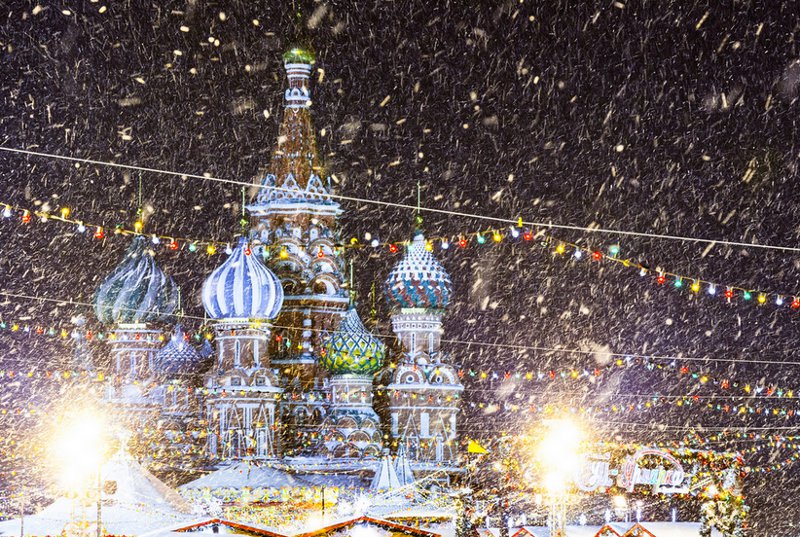 One of the most fascinating aspects of Russian Christmas is the fact Santa Claus, or  Ded Moroz for Russians, is accompanies by  Snegurochka bringing gifts to kids early New Years, rather than Christmas morning. Also, the two weeks following Christmas, people in Russia observe what’s known as Svyatki, an ancient ritual of caroling and celebration associated with the old pagan ways.

Russia, as westerners might expect, is a land of dramatic backdrops, rich traditions, and fascinating fairy tales. While the Grinch that stole Christmas is a popular holiday story in modern times in America, “A Christmas Carol” the olden days litany, Nikolai Gogol’s The Night Before Christmas (Ночь перед Рождеством) serves to teach the lesson to Russia. I leave you with a video of this tale from 1951. I hope you find it as enchanting as I did.