7 Fun Things To Do With Children in Malá Strana

Malá Strana is the “Little Side” of Prague, or, officially the “Lesser Town of Prague,” (Menší Město pražské). Its central location makes it a popular tourist attraction and it’s even fascinating for young visitors.

Malá Strana is a district on the West bank of the river Vltava, on the slopes just below the Prague Castle. Here are some of the most interesting things to do with children in the Lesser Town.

Lennonova zeď, the Lennon Wall, at Velkopřevorské náměstí, is one of the most famous attractions in Malá Strana with a potential to be fun and interesting for little visitors. It is a normal city wall filled with John Lennon-inspired graffiti and lyrics, but colorful enough to make for a fun photo op. 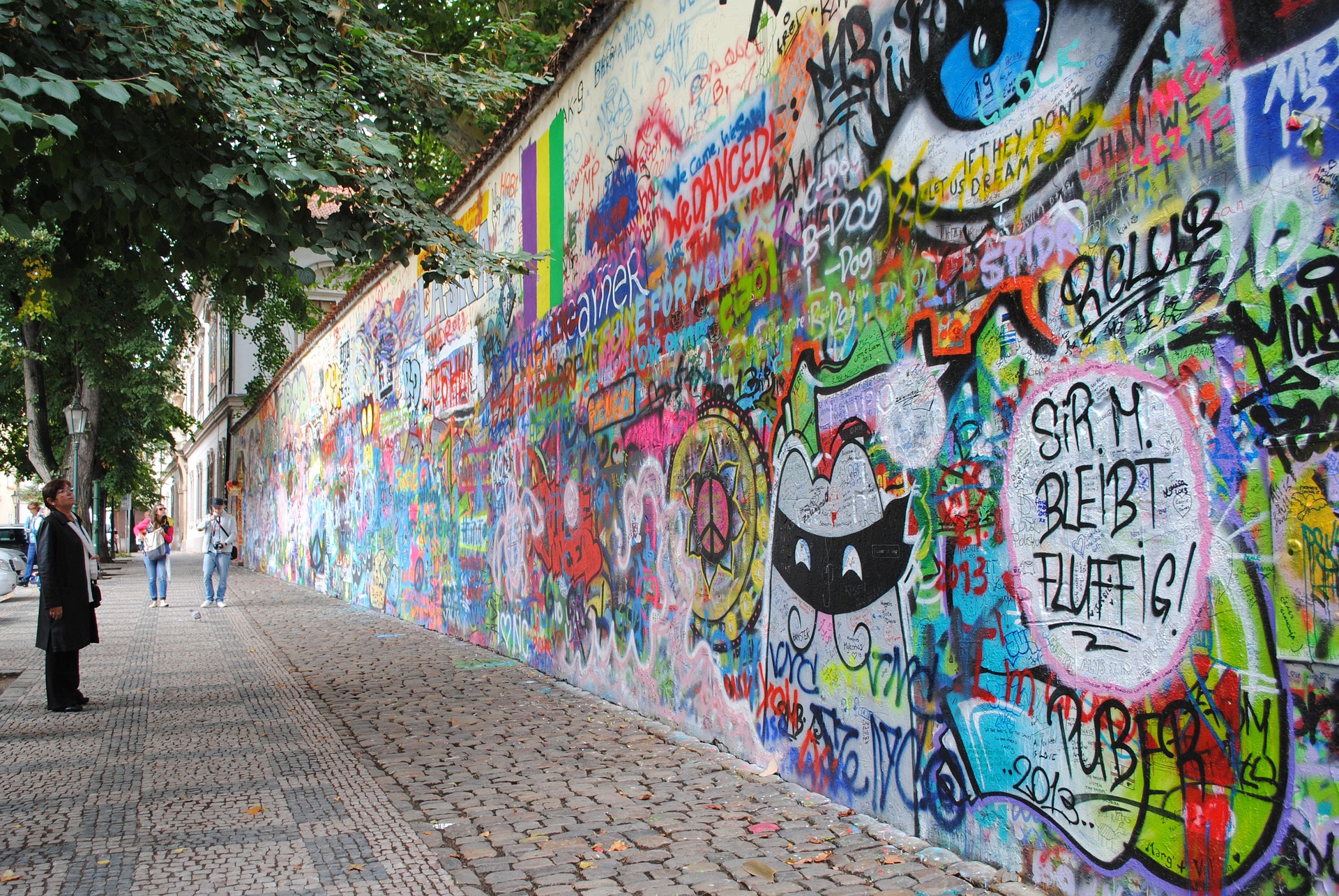 The Gardens beneath the Prague Castle, officially Zahrady pod Pražským hradem, are a complex of five interconnected historical gardens, including Ledeburg, Small and Large Palffy, Kolovrat, and the Small Fürstenberg Garden. They are terraced gardens on rugged terrain dotted with fountains, mysterious stairways, passages, and observation points offering amazing views of the city. The gardens are mainly used for cultural events like concerts and festivals. They can also be rented for weddings and private ceremonies. Although they do not have playgrounds, they offer an interactive educational program for the little ones. There is no admission fee for children under the age of 6. Family discounts are available.

The Franz Kafka Museum in Malá Strana is an unlikely destination for children due to its focus on the life and works of the writer. But the “Piss” sculpture by David Černý will certainly amuse the little ones. The sculpture, which depicts two men peeing into a Czech Republic-shaped fountain, is interactive – you can use your mobile phone to send an SMS and control how the two figures pee. Of course, the museum itself will be more interesting for older children and teens, but it makes for great family fun either way.

The Kampa Museum – the Jan and Meda Mládek Foundation (Muzeum Na Kampě) is another interesting attraction to visit with your family in Malá Strana. It is a museum of contemporary art with a focus on Czech and Central European artists. It boasts a permanent collection offered by Meda Mládek, wife of Jan V. Mládek, but it also hosts temporary exhibitions of both Czech and international artists. The also host art classes for children.

The Czech Museum of Music on Karmelitská 388/2 is located in the former Baroque church of St. Mary Magdalene, a landmark dating from the XVII century. The permanent exhibition “Man/ Instrument/ Music” is divided into parts displaying various instrumental families: visitors pass progressively through halls devoted to keyboard, string, and wind instruments. On display are instruments by important Czech makers, for example by members of the famous Špidlen family of violin makers, but one can also see a violin with intarsia decoration by the world-famous Italian maker Nicolò Amati. Free entrance for children aged 6 and under.

Tyršův dům is the oldest swimming pool in Prague. Dating from 1925, it operates at Czech Sokol. It is open from January to June, and from September to December, but if you visit, keep in mind that it is designed for experienced swimmers and children are only allowed accompanied by parents, guardians, or trainers.

Lobkowicz Garden (Lobkovická Zahrada) is the walled garden of the Lobkowicz Palace part of the Petřín complex of parks. The garden is a protected monument and a beautiful attraction, the site of David Černý’s Quo Vadis a golden Trabant on four legs, the sculptor’s tribute to the 4000 East Germans who occupied the garden of the then West German Embassy in 1989, before being granted political asylum and leaving their Trabants behind. The sculpture is at the actual German Embassy just outside the Lobkowicz Garden. There’s also a children’s playground nearby.