The Vilnius Tourism Information Centre recently announced that a new campaign aiming to promote interesting discoveries about Lithuania was launched on five important social media networks: Facebook, Google+, Vkontakte, Twitter and Youtube. The campaign called Like’able Lithuania will last one year, and, at its end, Summer 2014, Lithuania will unveil the biggest Facebook inspired “Like” sculpture in the world. 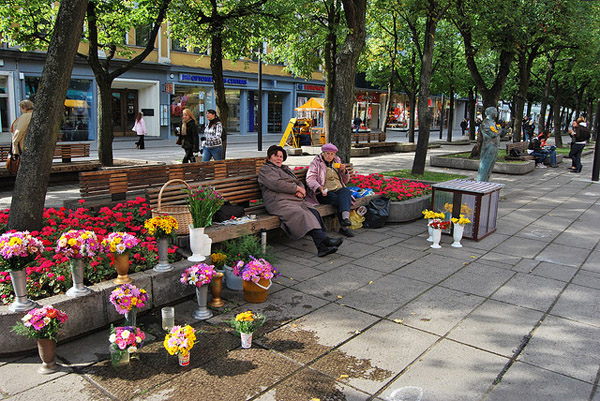 “Here, you will be able to get to know interesting places, facts, announcements, and make unexpected discoveries – the things you may like in Lithuania. Besides, everyone, after joining the campaign, will become a partaker of the largest sculpture in the world LIKE,” Vilnius Tourism Information Centre says in a press release.

The fist part of the campaign involves choosing the city where that immense sculpture will be erected. People can choose between Vilnius, Kaunas (leader of the moment), Palanga or Druskininkai. Social media users are invited to select their favorite city, invite friends to vote, and share photos.

The vote is open until the end of the year, when the city with the highest number of votes will be declared winner and will host the sculpture.

This is yet another campaign aiming to involve citizens to promote a city or country and its amazing places. The official site has an English version (with some Lithuanian content on it!), and there are also Facebook, Twitter, and Google Plus versions to engage potential visitors.

Editor’s note: This article was amended to show the Lithuania initiative actually does include English versions of the popular social media elements.