According to recently released data from the Central Statistics Bureau (CSB) Q1 hotel stays in Latvia grew by 5.9%. Foreign visitors increased by some 9.3%, while Latvian guests grew slightly less substantially. Some 300,000 plus hotel stays were recorded in the report. 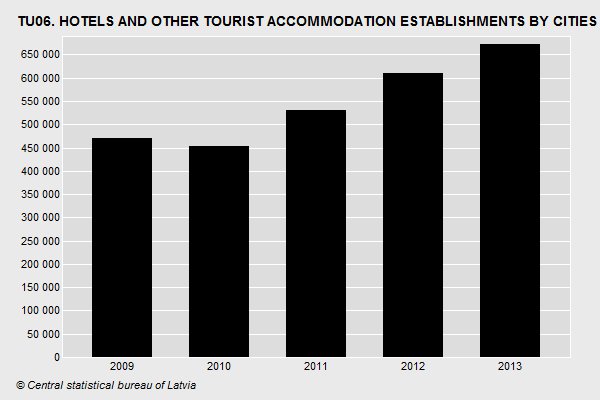 While the overall Q1 figures look promising, overall hotel occupancy in Latvia was nothing to really brad about. According the the numbers even the highest registered room occupancy was only just over 44% in Riga. Elsewhere 35% occupancy was the pinnacle for the first quarter of this year.

In all Riga showed 445,165 overnight stays, while by comparison the Pieriga Region only had 110,398 and more remote regions like Amata County received 1,734. The chart above from CSB shows the relative Q1 figures over the last several years.