Starting this week, Krakow is a UNESCO City of Literature, an honor received, perhaps not by coincidence, in the first day of the Conrad Festival, an important literary event in this part of Europe. The festival takes place in parallel with another important fair, the Kraków Book Fair which attracts thousands of visitors at each edition. 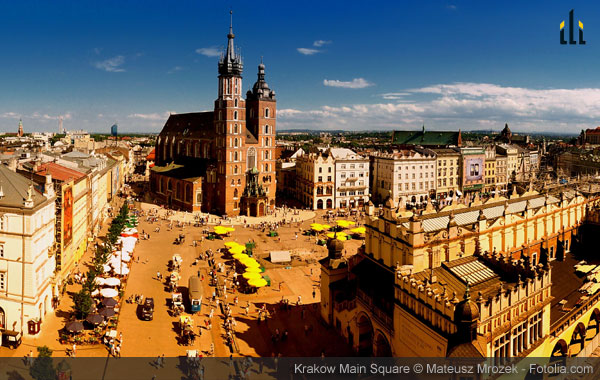 Krakow is the seventh city to receive this important honor, after Edinburgh, Melbourne, Iowa City, Dublin, Reykjavík, and Norwich. The title is offered to cities with an important literary and cultural heritage, that also have a significant contribution to supporting literature at the present time.

“In order to become a UNESCO City of Literature, the candidates must meet several requirements in terms of the quality and diversity of initiatives held by local publishers, the role of literature in its broad sense in the everyday lives of the city’s inhabitants, the range of festivals and literary events, and the abundance of bookshops, libraries and other institutions involved with books and literary heritage. Also important is the involvement of the media and the creation of ambitious development programmes: all the themed titles awarded by UNESCO (City of Film, City of Music and City of Design) form the wide-reaching Creative Cities Network,” mentions the official website.

Krakow, the capital of Poland, was also the European Capital of Culture in 2000, another important distinction highlighting the city’s wealth of literary and cultural heritage.

LATO Fair of Tourism and Recreation in Warsaw Next Week
Warsaw in Chopin’s Footsteps
Picture-Perfect Places to Propose in Poland
Warsaw, Capital of Cool 2017, Is a Summer-Must in Poland
Previous: airBaltic to Offer Over 70 Dishes on Its in-Flight Menu
Next: Dracula’s Bran Castle Is a Top Halloween Destination